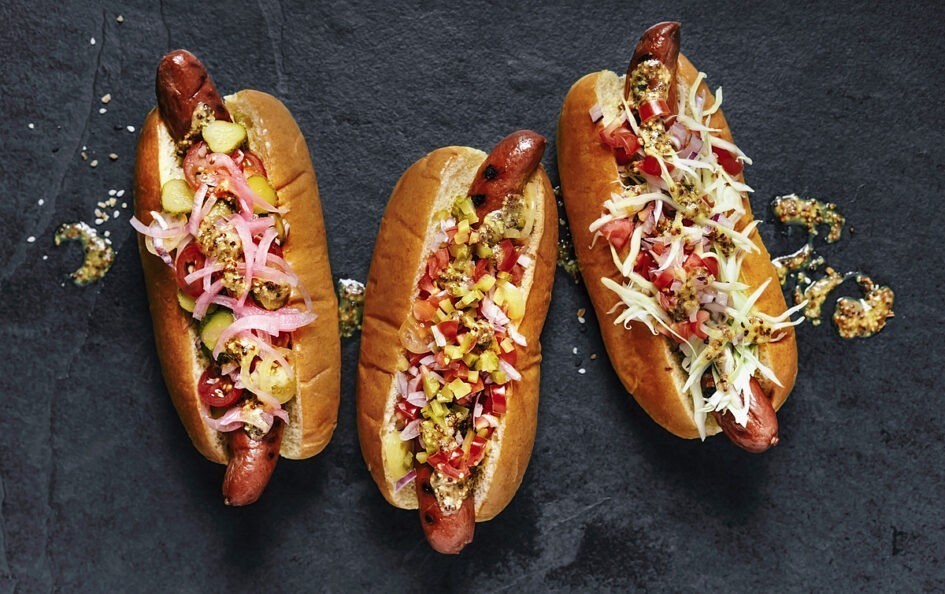 Wienerschnitzel, the world’s largest hot dog chain, has just reinvented an American classic with its new plant-based hot dog in partnership with the meat alternative brand Field Roast. Americans eat nearly 20 billion hot dogs a year, and now, plant-based diners can join in on the fun as Wienerschnitzel debuts its first vegan hot dogs on the company’s permanent menu nationwide.

The fast-food company first revealed the Field Roast Veggie Dog last February during a 30-unit test. The company’s trial period went so well that it immediately moved forward to prepare for its national rollout.

“We’re excited to bring the Field Roast plant-based dogs systemwide following the great consumer response in our in-market tests across California, Texas, and New Mexico,” Chief Marketing Officer of Wienerschnitzel Doug Koegeboehn said in a statement. “Consumers are eager to try plant-based options, and those who have tried our Veggie Dogs keep coming back for more. We look forward to making the product even more accessible with this national expansion.”

Vegan Hots Dogs Are More Popular Than Ever

The fast-food company intends to capitalize on a market that is on the verge of massive expansion. Currently, Greenleaf Foods represents approximately 99 percent of the plant-based hot dog market category, according to SPINS data. The support from Greenleaf Foods will help propel Wienerschnitzel to the front of the industry, especially since the company’s customer base showed a positive response during the initial trial run.

Between Field Roast and Lightlife, the parent company has a complete monopoly on a market expected to grow at an increased rate in the coming years. The general plant-based pork market is expected to grow at a 25 percent CAGR over the next decade. The rapid growth gives Wienerschnitzel a head start on a highly profitable market, especially with the help of the industry leader–Greenleaf Foods.

“​​Few foods stir passion like hot dogs, and we’re proud to satisfy that all-American hot dog craving for plant-based consumers nationwide through our continued partnership with Wienerschnitzel,” Greenleaf Foods President Dan Curtin said in a statement. “It’s an honor to partner with such a popular and iconic restaurant chain where hot dogs aren’t just an option—they’re the menu’s focus.”

To celebrate the plant-based hot dogs, the company is giving away the Veggie Dog selections for a discounted price. Wienerschnitzel will host a promotion that allows customers to purchase a Veggie Dog with a $1 off coupon valid until January 31. The company expects that the national rollout will draw plant-based or plant-curious customers to its stores, especially after seeing the rave reviews from vegetarians regarding the Field Roast hot dog.

“Veggie dogs are one of the highest requested items on our social pages, but we wanted to make sure we did it right,” Koegeboehn said.  “After years of research, trials and market testing, we’re confident we found one that tastes amazing and our customers will love. During the test, vegetarians raved how delicious the flavors were and kept coming back for more. We hope our new customers are as happy with them as we are.”

American Classics With a Vegan Twist

While the Weinerschnitizel marks Field Roast’s first nationwide partnership, the company previously teamed up with the LA Dodgers to introduce a vegan version of the famous Dodger Dog. The Plant-Based Dodger Dog is available across the Dodger Stadium during home games, bringing Los Angeles baseball fans a vegan twist on a signature ballgame snack.

Another American classic recently got a vegan makeover: The iconic Nathan’s Famous worked together with the plant-based brand The Meatless Farm to debut its very first vegan hot dog, available on the company’s website. The menu item promptly sold out online, but Nathan’s Famous promised to introduce the vegan dog at its locations in Connecticut, Florida, New Jersey, and New York in the future.