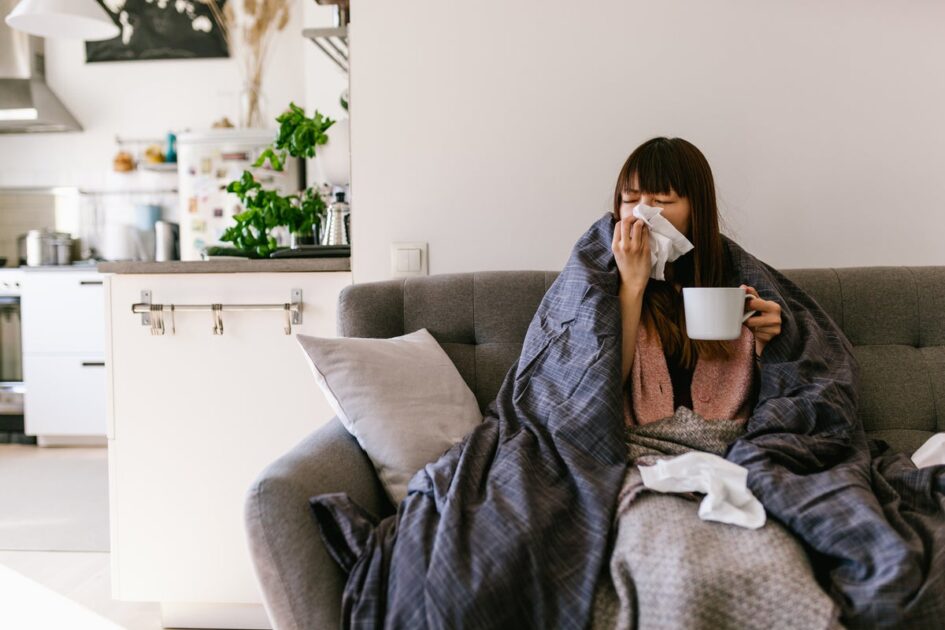 Chances are you’ll catch at least a cough or sniffle at some point and find yourself feeling under the weather. Along with following appropriate protocols and medical advice, you may be able to help ease your symptoms with what you eat. Research shows that a number of foods have the nutritional chops to boost your body’s natural defenses against foreign invaders and help you feel better faster. So, during this sickly season, turn to these foods to eat when you have a cold that will help fortify your immune system and shake the symptoms.

The Best Foods to Eat When You Have a Cold

Already hailed for its power to improve cholesterol numbers, the soluble fiber that’s so abundant in barley may also keep your nose from dripping like a leaky hose. A University of Illinois study discovered that soluble fiber increases the production of an anti-inflammatory protein that strengthens the immune system. With that said, beta-glucan, the prominent soluble fiber found in chewy barley, has been found to potentially slash the number of days of misery you experience while gripped by an upper-respiratory-tract infection.

Need to know: Hulled barley has more cold-busting soluble fiber than pearled barley, which has had much of its bran layer removed.
Sneak more in: Toss barley with chopped veggies for a lunch salad, or use it in brothy soups.

Studies suggest that the consistent consumption of probiotics, those friendly bacterial critters found in fermented foods like kefir, may lessen the risk of coming down with the sniffles and reduce the severity and duration of symptoms. Kefir is made when milk is fermented by yeasts and lactic-acid bacteria, and often contains a wider variety and larger total population of beneficial bugs than yogurt. Look for plain versions to sidestep added sugars.

Need to know: Don’t do dairy? Try purchasing kefir grains and using them to inoculate nondairy drinks like almond milk.
Sneak more in: Drink kefir straight up or use it in a smoothie. Or try kefir in pancake batter.

This fuzzy fruit may hold the answer to not being knocked off your feet by a cold bug or flu virus. Studies show that regularly eating kiwi can support your immune system to help reduce the incidence and severity of upper-respiratory infections. A single kiwi supplies more than a day’s worth of vitamin C, along with other potent antioxidants.

Need to know: Consider reaching for a kiwi or two as a nighttime snack. One recent study found that the fruit may improve your sleep quality, which also plays a role in your overall defense against infections.
Sneak more in: Slice a kiwi in half and dig in with a spoon, or chop and add to salsa, yogurt, oatmeal, fruit salad, and smoothie bowls.

Plagued by a runny nose come winter? Then sauté up UV-exposed mushrooms more often. When the fungi are exposed to special lights mimicking sunshine, they can produce high amounts of vitamin D. A study published in the journal Archives of Internal Medicine found that people with the lowest average levels of vitamin D were 36 percent more likely to develop upper-respiratory infections than those with higher levels of the sunshine vitamin.

Need to know: Look for light-zapped mushrooms like Monterey, and then cook them in a bit of fat like olive oil.
Sneak more in: Cook sliced mushrooms in a skillet, and then use them in salads, tacos, and veggie burgers.

Crunching your way through these jack-o-lantern castoffs could keep the doctor at bay. Pumpkin seeds are a reliable source of zinc, a mineral that plays a vital role in immunity by bolstering immune-cell function. Studies suggest that loading up on zinc when you’re under the weather can help slash the duration of cold symptoms.

Need to know: To keep your sodium intake in check, look for unsalted pumpkin seeds.
Sneak more in: Sprinkle toasted pumpkin seeds over puréed soup, roasted vegetables, chili, and salad, or blend them into pestos and dips.

The 7 Best Foods to Eat to Fight Cold and Flu

The 6 Healthiest Foods to Eat, for You and the Planet

Eat Plant-Based on a Budget: How to Save Money on Vegan Foods