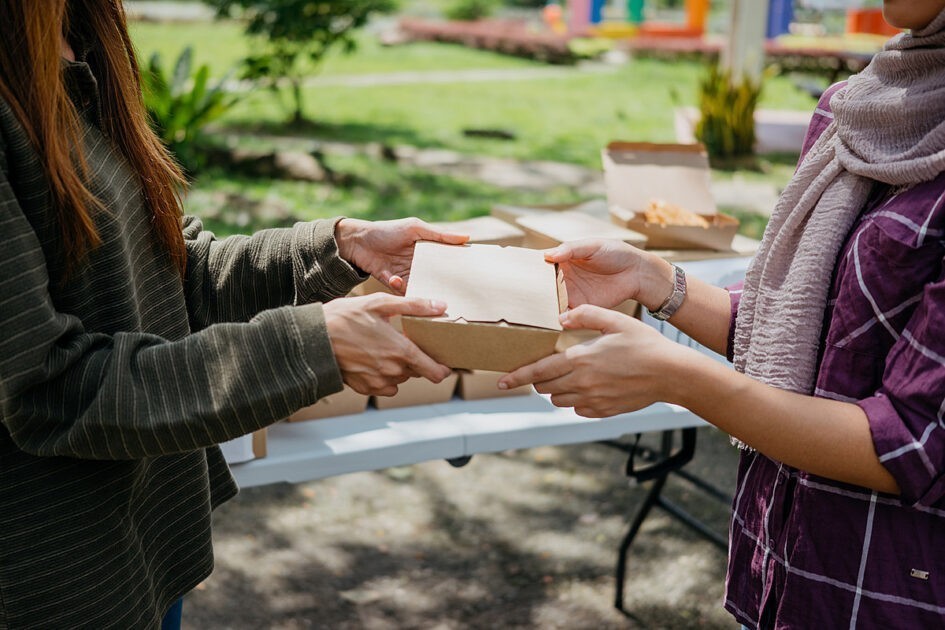 The climate crisis and pandemic have propelled plant-based eating into the spotlight, presenting a starting point to tackle a number of worldwide problems. Recently, plant-based diets have entered into the conversation regarding food insecurity, especially within the United States. With a mission to solve this problem head-on, Stephen Clarke – the founder of the social enterprise RTG Group – launched The Vegan Experience with CEO Ashley Flamand to help address food insecurity across North America.

The Vegan Experience is a for-profit company set on creating a more vegan world, starting with developing a method that circumvents the common issues in regard to charity fundraising. The company notes that fundraising is often hindered by a lack of transparency and delayed gratification, meaning that most fundraising efforts struggle to gain enough momentum to survive.

Clarke’s innovative fundraising model will ensure full transparency for donors. Through the Vegan Experience website, donors can purchase 30 plant-based meals for $39.70. The organizers promise that the entire sum of the donation will be dedicated to purchasing meals for those facing food insecurity. However, the fundraising model also plans to provide further results than the bare minimum.

Following a donation, investors will gain access to a discount app that will offer several saving deals at restaurants, retailers, travel sites, and other businesses. These incentives will help the organization reach its goal of feeding one million children per month by 2023. The company will also donate a portion of the investments to food charities across the world.

“By gifting a vegan meal plan donors are providing 30 Vegan meals to our food charity partners,” the website states. “Through our transparent and disruptive model, our goal is to feed 1 million children a month.”

Beyond donations, the organization is planning to dedicate funds to hosting the biggest plant-based food summit in the world. The company plans to allocate $6 million a year to prepare for The Vegan Experience Summit, an event dedicated to informing consumers about the benefits of a vegan world and promoting plant-based industries not only within the US but also worldwide.

“As increasing numbers of people turn to vegan the curiosity and misinformation of the non-vegan community rises,” the website claims. “The Vegan Experience Summit is committed to educating all about being vegan and the benefits to oneself, others, and the world.”

Recently, Billie Eilish and Chris Paul joined Cowspiacy directors Keegan Kuhn and John Lewis in the new documentary They’re Trying to Kill Us. The film explores how disease, poverty, institutional racism, and government corruption are all connected to diet, the Big Food industries, and food deserts. The documentary provides an insightful look inside how plant-based diets can be a solution for some food insecurity within the US, and how racial discrimination fuels the unfair distribution of healthy food across North America.

Another study from Oxford University concluded that plant-based and sustainable diets are significantly more cost-effective than traditional meat-centric diets. The study examined 50 countries to find just how costly a plant-based world could be compared to meat and dairy-dominated diets.

“We think the fact that vegan, vegetarian, and flexitarian diets can save you a lot of money is going to surprise people,” Oxford University researcher Dr. Marco Springman said. “When scientists like me advocate for healthy and environmentally friendly eating, it’s often said we’re sitting in our ivory towers promoting something financially out of reach for most people. This study shows it’s quite the opposite. These diets could be better for your bank balance as well as for your health and…the planet.”

Organizations such as The Vegan Experience and Support + Feed – the organization founded by Eilish’s mother Maggie Baird – will work to feed people facing food insecurity here in the United States. Beyond the sustainability and health benefits, the cost-effectiveness will allow the organization to better spend the money from investors, feeding more hungry people across North American with the money available.