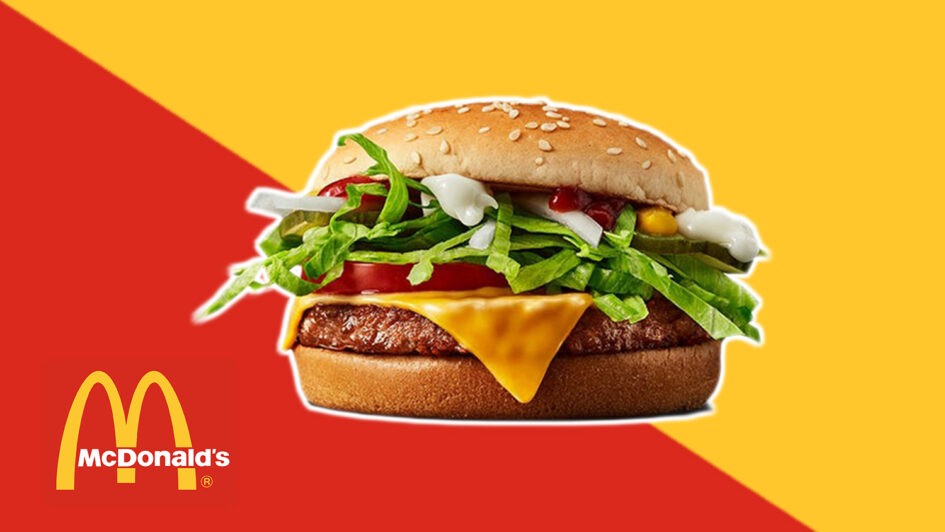 McDonald’s McPlant burger is finally coming to the U.S.

For a limited time beginning November 3, the fast-food giant will test the plant-based burger in eight select restaurants across the country. Locations include Irving and Carrollton, Texas; Cedar Falls, Iowa; Jennings and Lake Charles, Louisiana; and El Segundo and Manhattan Beach, California.

McDonald’s has already tested the McPlant burger in several other markets, including Denmark, Sweden, the Netherlands, the U.K., and Austria.

Unlike the U.S. version, the U.K.’s McPlant burger features vegan sauce and non-dairy cheese by the chain’s own dairy supplier, Kerry Foods. McDonald’s U.K. plans to launch the meatless burger nationwide in early 2022.
In Denmark and Sweden, the McPlant burger was featured on the menu until April 12 and March 15, respectively. “By being the market where McPlant is tested, we are given the opportunity to show that a plant-based burger has great potential on McDonald’s menu,” said Joachim Knudsen, CEO of McDonald’s Sweden.

In November 2020, McDonald’s international president, Ian Borden, hinted at the launch of a burger featuring a vegan patty during an investor meeting.

“McPlant is crafted exclusively for McDonald’s, by McDonald’s,” he said at the meeting. “In the future, McPlant could extend across a line of plant-based products including burgers, chicken-substitutes, and breakfast sandwiches.”

Vegan patties wouldn’t be a first at McDonald’s. The burger chain has tested vegan burgers in a number of other markets. In September 2019, it tested a Beyond Meat burger in Ontario.

McDonald’s Sweden credited the growing popularity of plant-based foods for its launch of the McPlant. A 2020 survey by market research firm Kantar-Sifo found more than one-third of Swedes consume a flexitarian diet.

“McPlant offers a completely new taste experience, but still with the same iconic McDonald’s taste as usual,” Staffan Ekstam, marketing manager at McDonald’s Sweden, explained. “Our herbal burger is for all our guests – both those who are eager to try something new, and as an additional alternative for all the guests who today eat flexitarian.”