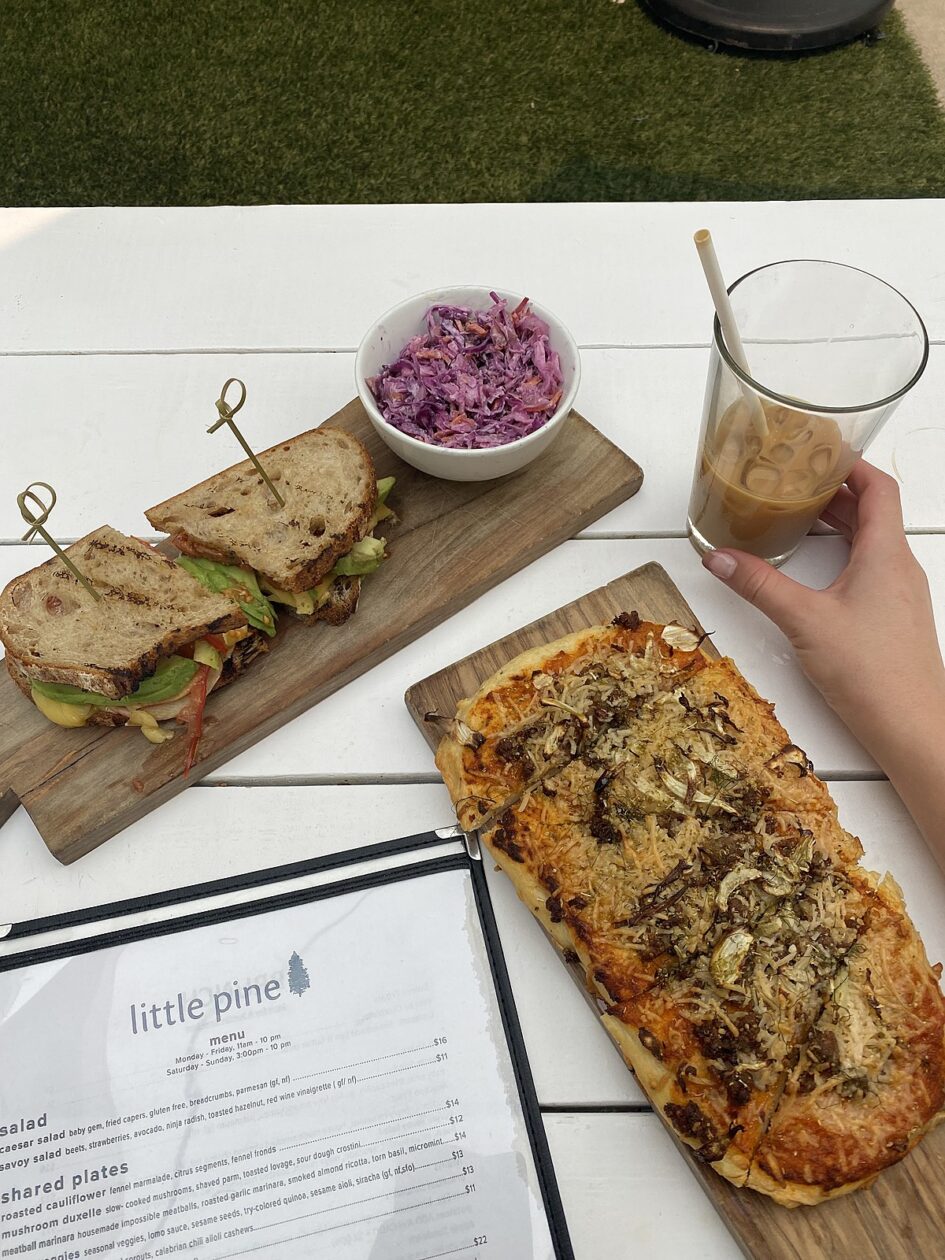 Founded by Musician and animal-rights activist Moby, Little Pine is a vegan gem tucked away in West Silver Lake, Los Angeles. The restaurant prides itself on doing its part to save and protect animals, with a portion of its profits donated back to animal-focused charities in the community.

Moby, a musician, songwriter, and producer, is best known for his veganism and outspoken animal activism. He founded Little Pine in 2015 with hopes to create a space that celebrated organic plant-based food, community, and design. Some of the charities the restaurant has worked with include The Humane Society of the United States, Farm Sanctuary, and Mercy for Animals.

The restaurant was shut down for a time during the pandemic after former employees came forward and said the establishment was not following all the correct safety precautions. Recently, Little Pine has opened back up under different management with Chef Roberto Martin at the helm. Little Pine now has a bigger and better-than-ever menu that is available for take-out as well.

With Chef Martin in charge of the operation, the restaurant is in good hands: Well-known for his TV personality and vegan cookbooks, Martin has brought on new, innovative items to Little Pine’s menu. Rather than focusing heavily on alternative meats, Martin is centering his menu on plant-based dishes.

Little Pine’s menu is 100 percent organic and plant-based, with a majority of the ingredients sourced locally. The dishes were originally inspired by Mediterranean cuisines, but also feature notes of Spanish and French cuisine. Little Pine loves serving healthy food to the neighborhood, and its dedication to top-of-the-line vegan food has named it one of the top 10 vegan restaurants on various lists in the greater Los Angeles area.

On weekends, Little Pine offers a delicious brunch menu with dishes like Lemon Poppy Pancakes and Seasonal Granola Parfait. With a rather extensive lunch and dinner menu, it can be hard to decide what to order. The Apple Sandwich, filled with gala apples, smoked Gouda, avocado, organic peanut butter, and heirloom tomatoes on toasted sourdough is a standout. I also recommend the fennel flatbread to share, which is topped with roasted fennel, Italian sausage, romesco, and Parmesan. You also can’t miss Little Pine’s “out of this world” chocolate chip cookies.

The environment is very quaint and boho: The staff is incredibly welcoming when you enter to be seated. Seating is outdoors at white-painted picnic tables with yellow umbrellas to shade. An airstream decorates the patio as twinkle lights string across the fence. Little Pine’s environment is inviting yet laid-back, with a great mix of singles, couples, and group dining.

If you want to indulge in a delicious, health-conscious meal while supporting a good cause, Little Pine is the place for you. Its quaint environment and friendly staff will make you want to return again and again. With a lot of intriguing menu items, this is definitely a unique plant-based restaurant that I would recommend to anyone looking for a sophisticated yet welcoming ambiance.

What is green gardening and why should we be doing it?