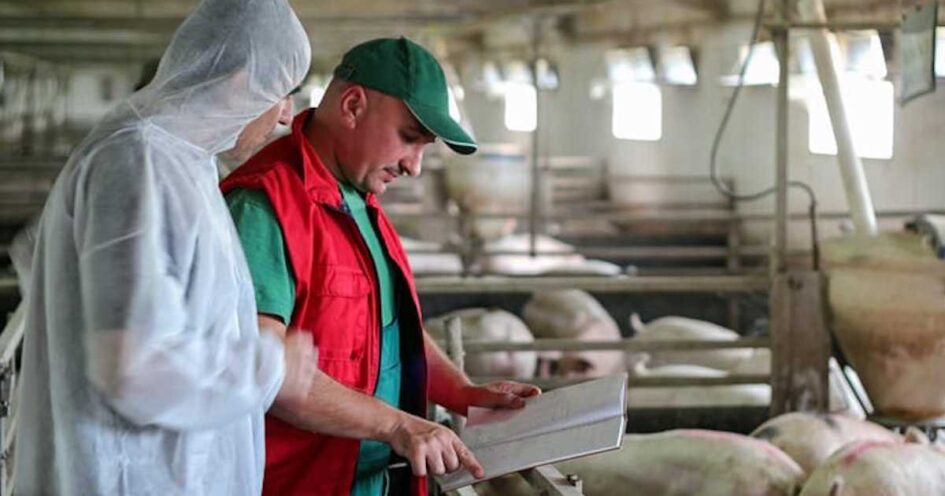 Conservatively speaking, 70 billion land animals are reared for slaughter each year, but there is an unseen toll this carnage takes on the human lives who make animal agriculture possible. The animal agriculture industry currently employs more than 700,000 full and part-time workers in the United States alone. Many of the people who end up working in animal agriculture feel like they don’t have access to other jobs and therefore are forced to accept employment in these unsafe and inhumane working environments.

Governments are hesitant when creating laws against this system, partly because a United Nations report indicates the livelihoods of approximately 1.7 billion people worldwide depend on livestock employment. Taking jobs away from communities would put an end to any politician’s career, so workers are left to fend for themselves until the larger system changes as a whole.

An organization called The Brave New Life Project (BNLP) is dedicated to breaking this unjust cycle by helping workers transition out of animal agriculture and into more humane, sustainable, and prosperous jobs. Through job placement services, training, and strategic partnerships, its mission is to not only help the workers and their families gain better employment opportunities, but to help transition to a system of plant-based agriculture that is more sustainable for the planet as a whole.

The dangers of working in animal agriculture

The work inside of these animal farms takes a devastating toll on human health. Being in closed quarters exposes the workers to ammonia and hydrogen sulfide gasses from fecal matter. There have also been reports of workers dying on the job from breathing in these toxic fumes over extended periods of time. The production quotas inside these factory farms force workers to move at a pace that is unsafe and causes injuries from machinery. The Food Chain Workers Alliance reported that 65 percent of food processing and meatpacking workers have at one point been injured on the job. Even when they go home, the exposure to these working conditions cause various forms of muscular, respiratory, and cardiovascular illnesses—some of which may not show up until later in life.

This work also takes a psychological toll on the workers and their families. It is very common for these workers to suffer from mental health issues and PTSD. In 2018, a study found the average annual salary for a slaughterhouse worker was only $28,500—slightly above the federal poverty line for a family of four. These wages make it difficult for workers to get access to therapy, medical, and psychological resources they need in order to live a happy life.

Despite these hardships, quitting isn’t a viable option for the majority of animal agriculture workers. Many believe they will be out of work under the assumption they are not qualified for other occupations. Language barriers, lack of education, or undocumented worker status significantly weigh on their minds and drive these individuals toward factory farm work. If they speak up against the working conditions, they fear retaliation from management—especially for undocumented workers who could face deportation. This makes it incredibly difficult for workers to leave the industry once they are caught up in it. Hundreds of thousands of people every year are stuck in an unsafe profession simply because they want to take care of their families.

With an equal compassion for animal and human rights, BNLP is an organization dedicated to helping these workers transition out of animal agriculture and into jobs that are more humane, sustainable, and prosperous.

To start with this mission, BNLP offers immediate job placement services for workers who are looking to exit the animal agriculture industry. When a worker expresses interest, they are immediately provided a career planning appointment with a representative. During this process, they have free access to resumé writing, translation services, job interview coaching, and the opportunity to connect with BNLP’s network of employers. In addition, individuals are introduced to legal assistance services, mental health programs, and other levels of support they may need. The goal is to provide a light at the end of the tunnel for workers that previously felt trapped.

In the future, BNLP strives to build out a Sustainable Agriculture Program to directly transfer former animal agriculture workers into plant-based farming positions. Their vision is to integrate their job placement services with paid regenerative farming internships and the opportunity to work toward land ownership in a cooperative farming community.

While there is a long road ahead of us when it comes to transforming the world to plant-based agriculture, organizations like BNLP provide hope by empowering workers to no longer feel trapped in an industry that exploits animals and humans alike. While the animal agriculture industry is positioned to benefit humans at the expense of animals, thousands of human lives are also exploited by this merciless system.

Andrew Alexander is a freelance writer as well as a plant-based entrepreneur and producer of documentary Creating a Vegan World.