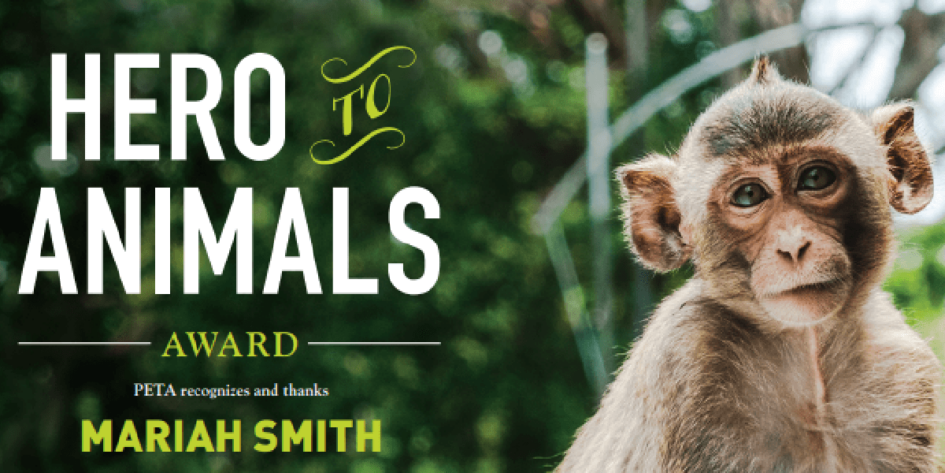 For her resilient work in keeping pressure on Texas Biomed—which led to the withdrawal of its request for local public funding to support the cruel monkey laboratory—PETA is awarding Mariah with our Hero to Animals Award. 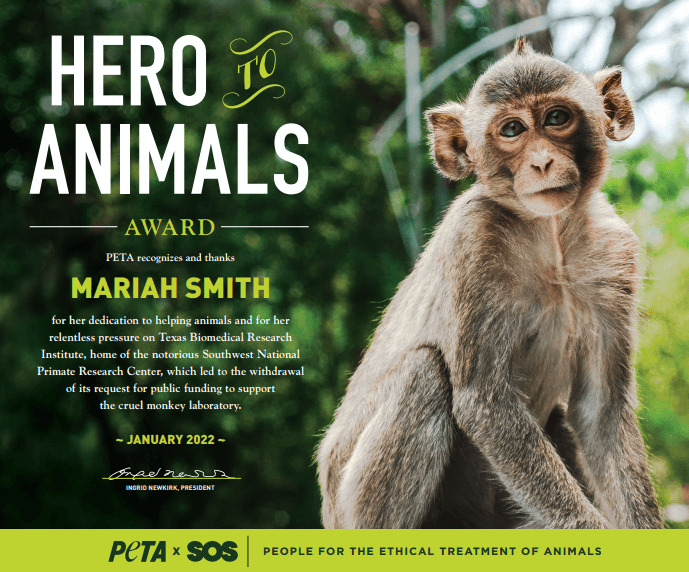 And thanks to her hard work—along with support from San Antonio residents—Texas Biomed withdrew its request for $11 million from the taxpayer-funded San Antonio bond program. It sends a strong message to all the national primate research centers that residents don’t want their tax dollars to be used for cruel and useless experiments on our fellow animals.

Here’s How You Can Be a Hero to Animals

If you’re a young activist inspired by Mariah’s story, join SOS and help PETA win more victories like this one:

You can also help by urging the National Institutes of Health (NIH) to shut down all of its primate research centers:

21 Reasons Chaining Should Be Banned: Meet Some Dogs PETA Helped in 2021