This Swedish Company is Inviting People to Try Human Meat Burger, Would You Dare? 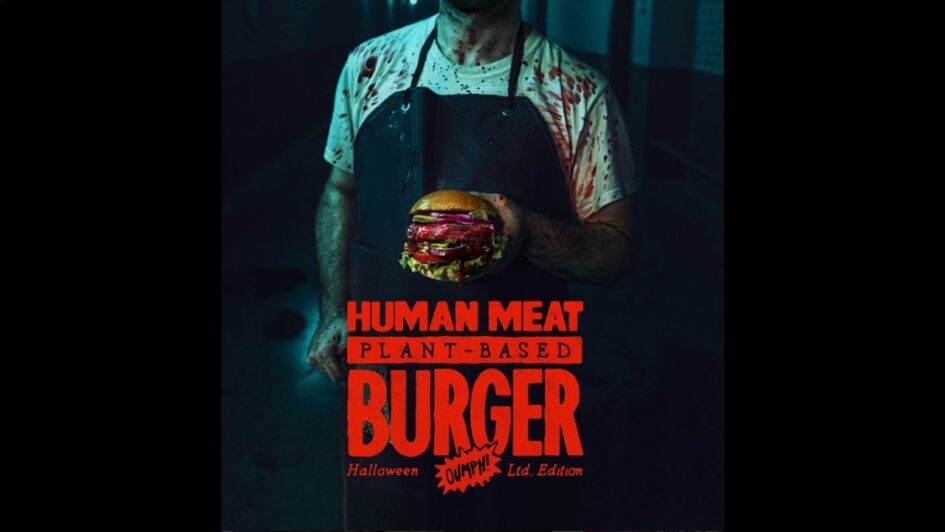 Yes, you read it right!

A Swedish plant-based food company is daring people to try human meat burger on the eve of Halloween.

Terrified? Don’t be, since there is a twist in this cannibalistic offer as the meat is made completely from plants, and no humans were harmed in its making!

At the unusual event taking place at Nytorget in Stockholm, the company called Oumph! will offer people a chance to taste the world’s first plant-based burger resembling human meat.

Even though it may seem outrageous, but through this campaign, the company only wants to prove that it is possible to produce plant-based products that taste like any meat and are exciting to try.

The tasting event featuring the Halloween special-edition burger will be held on the 30th of October.

Anders ‘Ankan’ Linden, Oumph! Co-founder, Corporate Chef and Head of Innovation said in a statement, “We developed this burger in no time, as soon as we knew what taste and texture we were after. This is our ultimate and weird way of showing that it’s possible to create any type of food by using just plants.”

Henrik Åkerman, Global Brand Leader at Oumph!, added, “This Halloween, we really want to push some boundaries to show that we can make plant-based products that resemble any kind of meat. For us, the most human way of having a burger is a plant-based one.”

The burger contains mostly soya, mushrooms and wheat protein as well as plant-based fats and a mysterious spice mix.

In the plant-based products and meat alternatives business since 2015, Oumph!’s range consists of classic meaty products made of plants, such as meatballs, spare ribs, sausages and, the recently launched in the UK and Sweden – döner kebab.