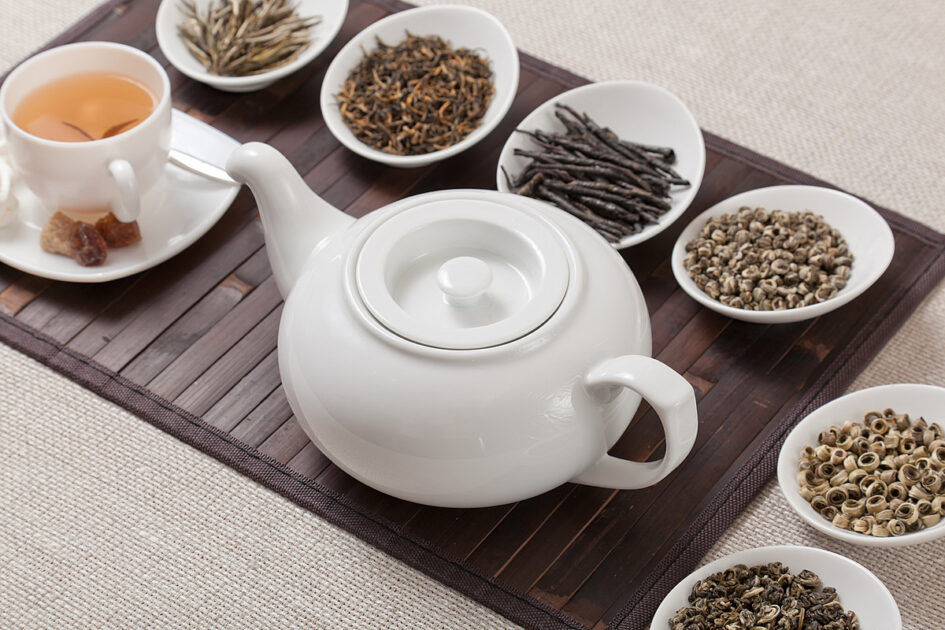 If you ever want to figure out which tea to drink for the most health benefits, the answer may surprise you: Out of the five major tea types – Black, Green, Oolong, White, and Pu-erh – white tea is the most minimally processed, involving only harvesting (picking the leaves by hand), withering in direct sunlight, and drying the leaves. That means it has the potential to deliver the most antioxidants in their least altered form.

Made only from the buds and young tea leaves of the Camellia Sinensis plant,  white tea contains flavonoids and polyphenols, which makes it even more potent against oxidative stress than green tea, which is prepared from the matured tea leaves.

White tea delivers the most antioxidants of any tea due to its natural preparation method, and research have shown it protects against diseases such as heart disease, neurodegenerative disorders, obesity – and may even “play an important role in the prevention of cancer,” according to one review study published in the International Journal of Food Science, Nutrition and Dietetics (IJFS).

The health benefits of white tea also include protecting against bone loss and skin damage caused by the sun, as well as lowering your risk of insulin resistance and inflammation, which in turn protects the body from several life-threatening diseases. The tea has also been shown to help boost your metabolism by 5 percent, which helps to promote natural weight loss.

White tea is sipped all around the world, but the plant is native to China, and when it’s harvested the leaves are covered in tiny white hairs, hence its name. The drying process is also the least detrimental to the plant, compared to the process of other teas, which is why white tea is known as a delicacy.

Today, white tea is everywhere: You can find it as the main ingredient in skincare products including natural cleaners, facemasks, hand soap, lotions, and deodorant, added for its protection against skin damage benefits, as well as fragrances like perfumes and candles for its soft, floral scent. However, if you want to get the most from white tea, drinking it regularly has been scientifically linked to numerous health benefits.

Regular consumption of white tea has a protective effect against bone loss, according to a study that involved postmenopausal women who are at a higher risk of bone fracture. Researchers set out to investigate the potential health benefits of white tea on female rats whose ovaries had been removed. After twelve weeks, the researchers measured bone mineral density and found that white tea reduced bone loss and increased a protein hormone called osteocalcin that helps build bone strength and reduce the incidence of fracture.

The extract in white tea may boost collagen and protect against skin damage, according to a study. Researchers tested white tea, rose, and witch hazel extract and formulations in a lab and the data showed white tea has a “protective effect on fibroblast cells” in the skin, against hydrogen peroxide-induced damage, supporting wound healing and healthier skin in general.

In a different study, researchers determined whether green tea or white tea extracts would prevent skin damage caused by the sun and found that both types of tea offered protection against the effects of UV skin damage.

4. White tea mixed with peppermint tea acts as an anti-Inflammatory

In Ancient China, people combined peppermint tea and white tea to detoxify their bodies, also known today as the anti-inflammation effect. Researchers in one study examined the two teas mixed together and found that the combined formula was associated with enhancing antibacterial and anti-inflammatory effects. Chronic inflammation has been linked to heart disease, obesity, diabetes, and certain cancers, along with other health-related illnesses, according to a recent study.

White tea may increase your energy expenditure as you lose weight, as well as boost the body’s natural ability to burn fat, according to a study. White tea –and green tea – may “increase energy expenditure (4 to 5 percent), fat oxidation (10 to 16 percent) and have been proposed to counteract the decrease in metabolic rate that is present during weight loss,” according to the study. “Daily increases in thermogenesis of approximately 300 to 400 calories can eventually lead to substantial weight loss,” it concluded.

Therefore, researchers suggest that white tea may be a helpful strategy for healthy weight loss or long-term weight maintenance.

Bottom Line: White tea delivers more antioxidants than any other type of tea.

It has been shown to help lower LDL cholesterol, help fight oxidative stress in the body, fight chronic inflammation and help protect against bone loss, and sun-related skin damage, White tea appears to lower insulin resistance and may help you lose weight, according to studies.

Here are the best foods to eat on repeat, to boost immunity and fight inflammation. And stay off the red meat.