This Thanksgiving Will Be More Vegan Than Ever Before, Reports Say 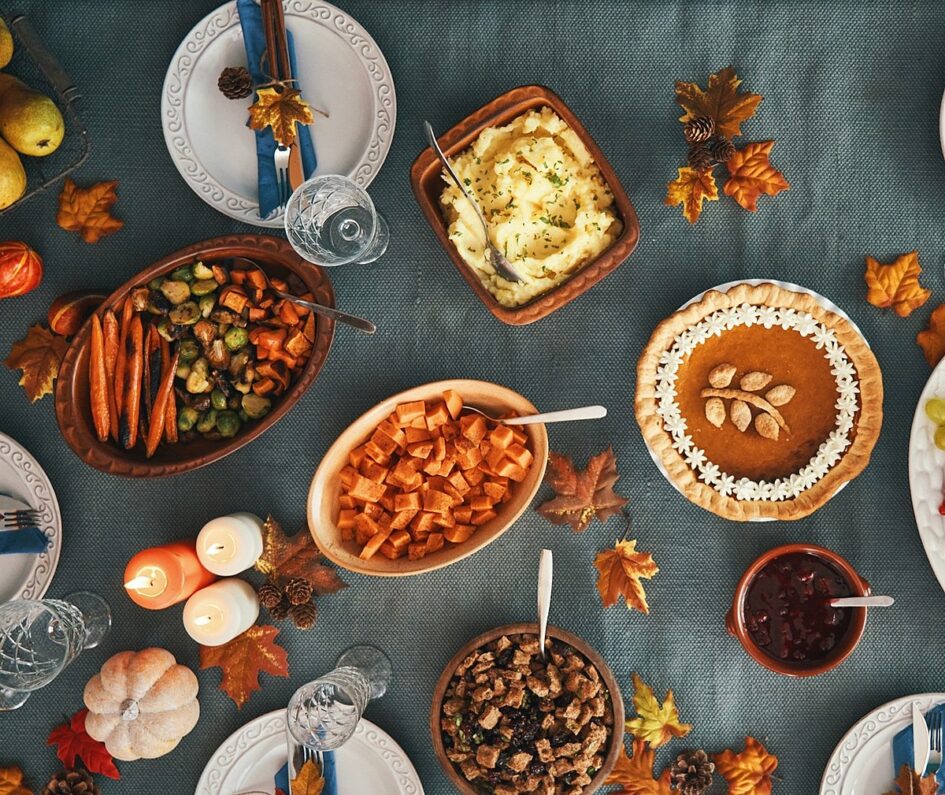 This year, more Americans than ever are sliding the turkey over to make room for a new main: Vegan turkey. What these non-bird roasts are made of is a variety of plant-based ingredients from store-bought roasts with wheat and other meat-like textures to homemade Wellingtons or Turkey-shaped towers of potatoes and other delicious traditional foods, all made without the usual butter, eggs, milk or sneaky items like chicken stock.

According to Axios, Whole Foods reports that more customers than ever are buying their vegan options: Vegan gravy, vegan stuffing, and vegan turkey alternatives. And Inc. magazine reported this fall that “A Totally Traditional Vegan Thanksgiving Will Soon Be Possible – and It All Started With Tofurkey.”

The Inc. article tells us that the plant-based sector is exploding with competition for the vegan consumer dollar, or just for the attention of flexitarians willing to pay for plant-based alternatives that have taken shelf space from Tofurkey. “The once-small startup, which hasn’t taken any investor funding, is competing with the likes of Impossible Burger, Memphis Meats, and Beyond Meat, which have a combined total funding of $479.6 million.”

The market is continuing to expand beyond all reasonable expectations, Inc tells us: “Indeed, the market for meat and dairy alternatives is juicy. Defined as vegan milk substitutes or meat-like products made from plants, the alternative protein market was valued at $4.2 billion in 2016 and is expected to expand 6.8 percent between 2017 and 2022, according to the Dublin-based market research firm Research and Markets.”

The demand for Whole Foods’ Vegan Meal for 2 was so strong last year that the chain decided to roll it out nationwide to all its stores. The meal features a cremini mushroom roast with mushroom gravy, miso-creamed greens, and coconut sweet potato casserole — which when matched with a premade vegan roast makes it easy to host vegans at Thanksgiving.

Americans are giving up meat and embracing plant-based alternatives

Meanwhile back in September, The Beet reporter that 25 percent of Americans were cutting meat from their diet in response to the awareness that COVID-19 brought to consumers about where their food comes from.

Between news headlines about outbreaks of the virus in meatpacking plants, to the question of whether food could spread the virus (all indications are that it can’t, even if shrinkwrapped right after someone sneezed on it) consumers got equally frustrated at meat shortages and also skeeved out by farming conditions in America.

The fact that a plant-based diet can boost your immunity, and eating a diet of processed foods and red meat can promote inflammation while a plant-based diet lowers it. Taken together, these two facts fueled the recommendations of doctors that their patients at high risk or with conditions like diabetes or immune disorders should adopt a whole-food, plant-based diet to help strengthen immunity and cut down on potential inflammatory conditions that make COVID symptoms worse.

Here’s how to host a vegan-friendly Thanksgiving

Bottom Line: This Thanksgiving will be more vegan than ever before

Americans are going flexitarian and this holiday, expect to see more vegan or plant-based dishes than ever on the table.  It’s easier than you may think: Offering vegan dishes means swapping out the eggs, milk, butter, and of course offering a non-animal product alternative to the traditional bird.

20 things you need to know before going vegan