This Vegan Cinnamon Roll Bakery is Opening a Location Near You 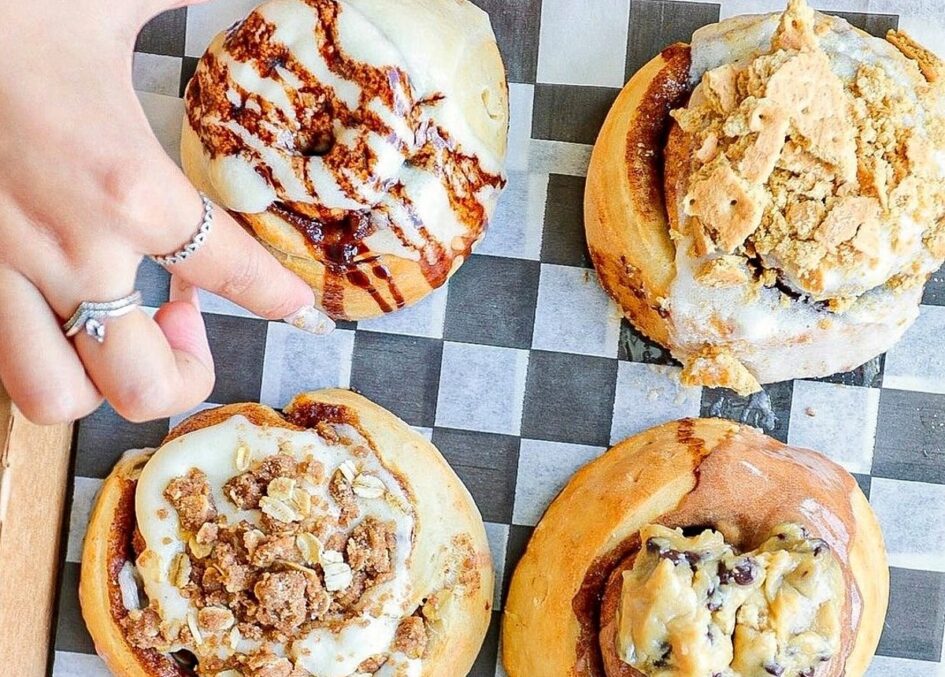 Cinnaholic broke into the national scene when founders Shannah and Florian Radke denied  $200,000 from Shark Tank investor Robert Herjavec in 2014. Now, the vegan cinnamon roll franchise plans to open 25 new locations by the end of 2022. The company revealed that it sold $20 million worth of vegan cinnamon rolls in 2021, marking the company’s most successful year yet. The national company intends to expand its franchised locations as the demand for its vegan pastry continues to rise.

Cinnaholic claims that in 2021, the company saw sales grow 64 percent in the United States and 30 percent in Canada. The increased interest in vegan cinnamon rolls will allow the company to expand locations as well as menu offerings. Currently, the company offers more than 20 frosting flavors and more than 20 toppings that allow customers to customize their personal pastry.

“2021 was a fantastic year for Cinnaholic, and it has been thrilling to watch the brand continue to grow over the last several months,” Director of Operations at Cinnaholic Leanne Cavallaro said in a statement. “We have a lot to look forward to with the new openings on the horizon and the new owners that will be joining our family. We are also thankful for our hardworking franchisees, who embody the Cinnaholic spirit at every bakery.”

Currently, Cinnaholic operates more than 60 locations throughout the US and Canada. The company revealed that despite financial constraints stemming from the COVID-19 pandemic, the franchise experienced no closures. The company boasts low startup costs, substantial corporate training, and manageable operations, citing these factors that kept them afloat while other chains saw sales decline.

The vegan cinnamon roll establishment can be found in several cities including Atlanta, Houston, Evanston, Tampa, Victoria, Scottsdale, and many more across Canada and the US. The company currently has plans to open 18 new storefronts in Ohio, New York, Massachusetts, and Florida.

In 2009, the Radke’s opened the first Cinnaholic location in Berkley, CA. Following its Shark Tank feature, the founders decided to begin franchising the company instead. Since then, Cinnaholic has seen unbelievable success with vegan and non-vegan consumers across North America. The company also supplemented sales by marketing for the holidays including Valentine’s Day, Mother’s Day, National Cinnamon Roll Day, Father’s Day, and the company established Cinnaholic Day celebrating the brand’s 11th anniversary, which contributed to $70,000 in sales alone.

“We love coming up with ways to treat our fans—and we have big menu and promotion plans in the new year,” Cavallaro said. “Cinnaholic lovers can definitely look forward to exciting brand news in 2022. Whether we offer deals or new flavors, we are always ready to spice things up.”

Cinnaholic may be known for its vegan cinnamon rolls, but the company is known to experiment with other pastries as well. The company intends to add to its savory and sweet offerings as it sees record-breaking customer interest. Some other menu items included the Fluffernutter Roll complete with gelatin-free marshmallows and the Savory Pizza Roll filled with marinara and vegan cheese.

Yoga-urt Is Opening a Third Location in Santa Monica