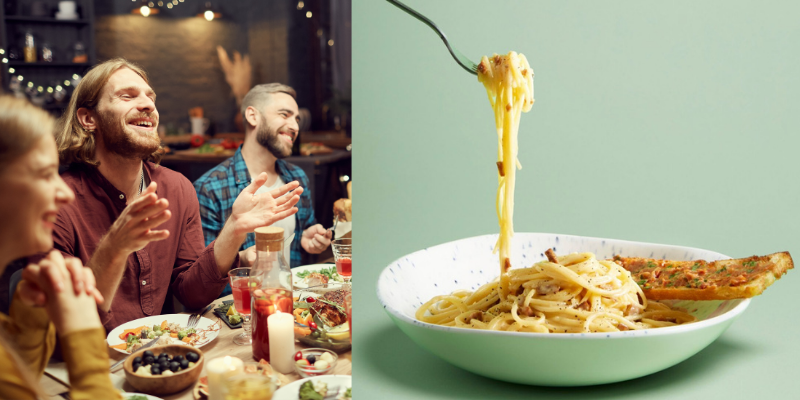 Three new vegan finds to look out for in Veganuary 2022

Veganuary 2022 is set to be the biggest yet, and companies are starting to announce their exclusive veganuary items. From restaurants to supermarkets, you can expect to be seeing lots of big changes within both Vegan and non-vegan companies.

This article will show three of the best launches announced this week.

Ritter sport announced they will produce their first vegan milk chocolate bar named ‘Without Moo’. It’s supposedly going to be smooth and creamy with an almond base.

The bar will be available from the Ritter Sport website from January 1st.

We posted the news on Vegan Food UK where someone commented, ‘I WILL BUY SEVERAL OF THESE.’

OGGS® have teamed up with Bella Italia for this Veganuary to bring a new vegan pasta dish and dessert to the menu. The Bella Italia menu is currently somewhat limited for a vegan diet as there are only two pasta dishes ( one POMODORO pasta) and a Vegan margarita.

OGG® will be launching a plant-based CarbOGGnara made with their new Scrambled OGGS® and a Hot ChOGGolate Pudding.

We posted the news to Vegan Food UK, where someone replied, ‘This is such good news! Can’t wait to go and try this out.’

Lindt announced two new Vegan easter products coming to the UK, A vegan version of the classic Lindt bunny and Creamy hazelnut eggs. BOth to be part of the HELLO collection.

The company had previously announced launching Vegan Smooth and Vegan Hazelnut bars in 2022.

582,000 people from 209 countries  in Veganuary 2021, and ‘85% of participants will permanently change their diet either by staying vegan or at least halving their intake of animal products.’

The month of January is jam-packed with new products to guide people throughout their vegan journey.

Will you be taking part in Veganuary 2022?

Six vegan product launches you need to know about this week