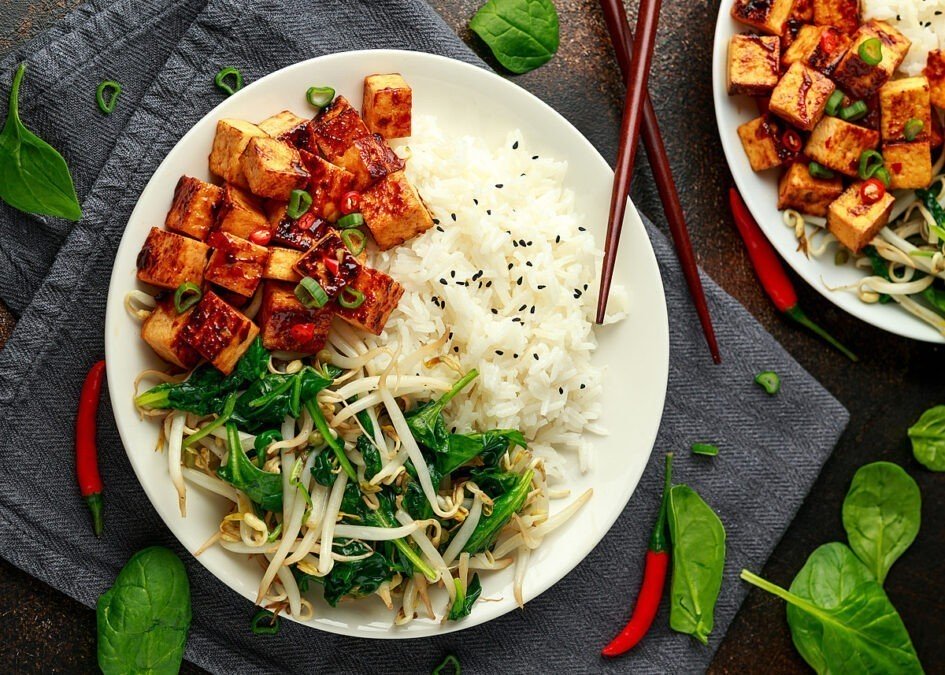 Got high blood pressure? Most likely the answer is yes, given that almost half of American adults have this condition, putting them at greater risk of heart disease and stroke, according to the Centers for Disease Control and Prevention.

Yet that blood pressure is largely under your control. “High blood pressure is mostly driven by diet,” says Jami Dulaney, M.D., plant-based cardiologist in Port Charlotte, Fla. Sodium-rich foods, after all, are everywhere, and it’s hard not to find a packaged or processed food, even vegan ones, without sodium. While the American Heart Association recommends no more than 2,300 milligrams (mg) a day – although an ideal intake is 1,500 mg per day – Americans nosh over 3,400 mg per day on average.

So what foods might be good – or not so good – for your blood pressure? Here are five to eat and five to avoid.

If you’re looking to elevate your beverage game, choose hibiscus tea, which Dulaney says can lower blood pressure. In one study from the Journal of Advanced Pharmaceutical Technology & Research, sipping two cups of hibiscus tea for a month systolic and diastolic blood pressure.

There are numerous reasons to love berries, including lowering blood pressure. Those who ate the highest amount of flavonoid-rich foods like berries lowered their high blood pressure risk by eight percent, per this study from the American Journal of Clinical Nutrition.

Sweet potatoes give you a healthy dose of potassium, which can reduce the impacts of sodium on the body, essentially helping you shed sodium through your urine, according to the American Heart Association. Adults should be eating 4,700 mg per day. Other foods high in potassium include bananas, avocados, mushrooms, potatoes, and legumes.

When individuals ate three portions of whole-grain foods (as either wheat or wheat and oats) a day, their systolic blood pressure dropped by 6 mm Hg. Just be mindful of what you eat with those whole grains. “As soon as you pair whole-grain pasta with vodka or cheese sauce, you can get into trouble,” Dulaney says.

One of the biggest culprits of salt in the standard American diet is cheese, Dulaney says. Salt is an important ingredient in the manufacturing of cheese, giving it flavor and texture, which is why cheese is packed with the stuff. In just one slice of cheddar cheese, for instance, you’ll consume 111 mg of sodium. And although it doesn’t come with the harmful effects of dairy protein, vegan cheese still contains sodium so keep an eye on that.

There are numerous reasons to cut red meat from your diet, including blood pressure. Not only does red meat contribute to arterial plaque because of its saturated fat, it’s rarely served as is, which means you’re not just getting the deleterious effects from the meat itself but also the spices and sauces it’s been cooked in, most of which are salt heavy, Dulaney says.

People often mistakenly chicken as a healthy food, but that’s far from the truth. Not only is chicken loaded with heart-clogging saturated fat, but it’s also riddled with salt. “Most of the chicken you buy at the grocery store has been soaked in brine for antibacterial purposes,” Dulaney says. A four-ounce chicken breast, for example, can contain a whopping 510 mg. Worse, if you’re buying fast food or rotisserie chicken, they’re heavily salted on the outside so you’re getting a double dose of sodium.

If you’re eating sandwiches with deli meats, you might as well just dump the salt shaker on top. A two-ounce serving of sliced meat like ham or turkey contains anywhere from 500 to 700 mg of sodium. These meats are also now labeled as carcinogenic by the World Health Organization. Fortunately, there are numerous vegan deli meats on the market, which don’t come with the carcinogenic warnings, but they still contain sodium so use them sparingly.

Sodium is a favorite ingredient of packaged food manufacturers, but don’t think you’re off the hook if you’re choosing vegan ones. “Some vegan versions are every bit as salty as other food,” Dulaney says. While whole foods are always healthier than processed ones, if you are eating vegan packaged processed foods like granola bars, frozen meals, and chips, at least opt for those where the sodium is less than the calories in each serving.

How to flavor your food so you don’t miss salt

Getting the salt out of your diet is crucial for improving your blood pressure. Worried, though, about home-cooked dishes falling flat sans the salt? Dulaney has two fixes: Add herbs and kick up the spices. By adding herbs like basil, oregano, cilantro, and garlic, you’ll distract your tastebuds enough that you won’t miss the salt, she says. And if you love spicy foods, the same rule applies so start seasoning those dishes with hot peppers like jalapenos and adobo chile peppers.