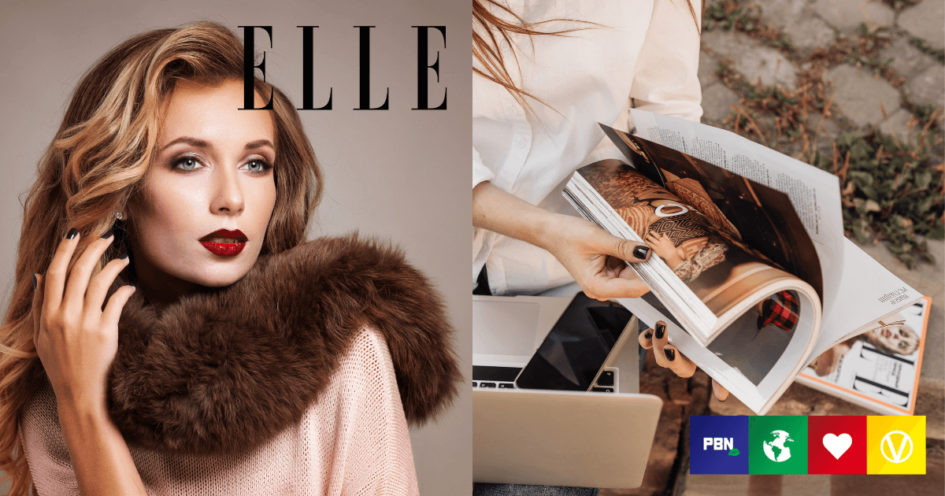 ELLE, said to be the largest fashion magazine in the world, has today announced a global ban on the promotion of fur – online and in print. This includes all of the magazine’s editorials, websites, social media, press images, runway and street style images, and all advertisements in its pages or online.

The ban spans across all of ELLE’s editions around the world, including China, which is home to the planet’s largest fur industry (see the full list of editions below).

According to animal welfare organization Humane Society International (HSI), ELLE is the first fashion magazine in the world to make a global fur-free commitment.

The decision will be far-reaching, given that ELLE attracts 21 million readers and sells 6.6 million copies every month. Online, it receives 400 million page views.

The announcement comes after conversations between ELLE and HSI, among other animal rights groups.

“When the largest fashion magazine in the world pledges to go fur-free, you really know that fur is dead,” HSI’s executive director Claire Bass said in a statement. “ELLE is blazing a trail that we hope others will follow, reflecting the fur-free policies and preferences of designers, retailers and consumers across the globe.

“Here in the UK, we urge those few retailers still selling fur, like Harrods, Harvey Nichols and Flannels, to accept that fur cruelty is a fashion faux pas, and we urge the government to join ELLE on the right side of history by banning fur imports and sales.”

Constance Benqué, CEO of Lagardère News and and of ELLE International, spoke about the pledge in a statement.

They explained: “Societal engagement has always been one of the key pillars of the ELLE brand. The world has changed and the end of the use of fur is aligned with the course of history. We hope that, with this commitment, ELLE will open the path for other media to disallow fur promotion, all around the globe, and promote a fur-free future.”