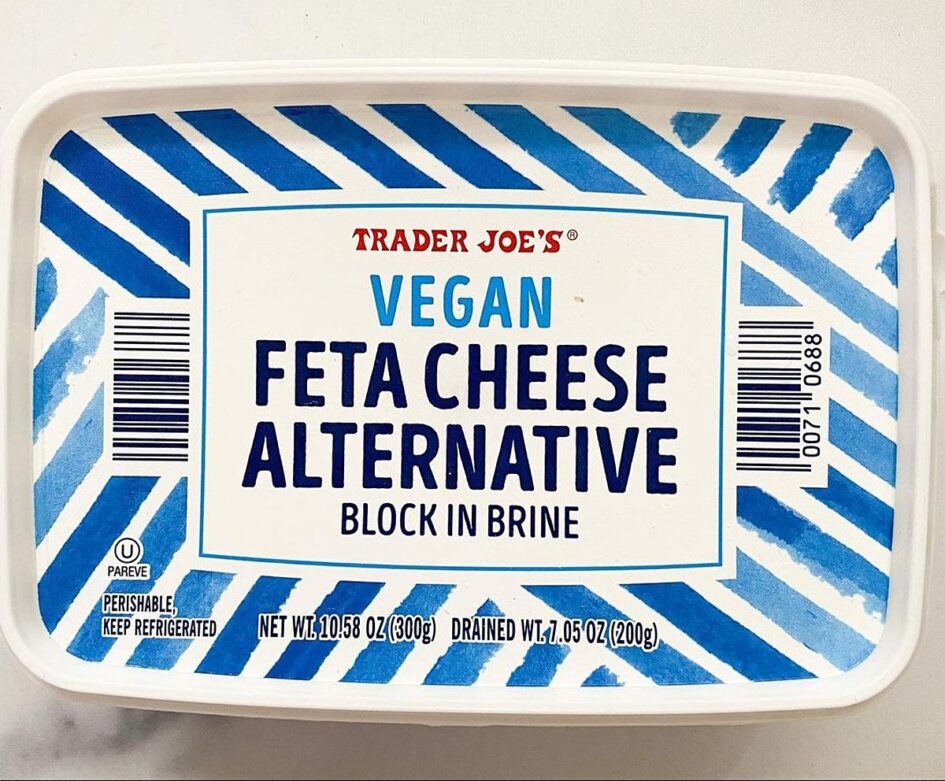 Trader Joe’s has heard the customer call for more plant-based cheese options and continues to deliver. The national grocery store chain just announced the release of its Vegan Feta Cheese Alternative. The new plant-based alternative is made with a blend of potato protein, potato starch, and coconut oil to replicate traditional feta cheese, giving consumers the chance to try a fully vegan feta cheese for an affordable price. The product will be sold in a 10.6-ounce container for $4.99, packaged similarly to traditional feta in brine.

The grocery company has pledged to enhance its plant-based profile several times over recent years. Trader Joe’s executives have revealed that the company is currently developing several plant-based alternatives while simultaneously introducing more plant-based brands to its store shelves. Trader Joe’s Category Manager for Cheese Kim Conroy stated during the company’s Inside Trader Joe’s podcast that “This is a huge growth area of the cheese business right now,” and that the feta can be supplemented into traditional meals without changing the recipe at all.”

The company initially launched its own plant-based cheese selection last summer that includes both vegan Cheddar Style Slices and Mozzarella Style Shreds. The private label vegan cheese line uses a cashew base to replicate its dairy counterpart. The two styles were priced at $3.99 per 7-ounce package. The company’s plant-based cheese selection is one of the more affordable options on the market.

Alongside the cashew-based cheese, the company also revamped its vegan cream cheese selection. The company announced that the redesigned recipe brings the plant-based cream cheese closer to tasting like the company’s dairy product. To accompany the recipe change, Trader Joe’s also released two more dairy-free cheeses including vegan Parmesan cheese shreds and vegan American-Style Coconut-Based Slices. Conroy mentioned in the podcast that the vegan cheese “melts in a grilled cheese sandwich the way a typical slice of our Organic American would melt.”

Alongside its private-label products, Trader Joe’s also increased its dairy-free cheese offerings from other providers. Over recent years, the company began stocking both Miyoko’s vegan cream cheese and Boursin’s new Dairy-Free cheese spread. The plant-based cheese spread will be available in the company’s signature Garlic & Herbs flavor. The new spread was developed in partnership with the vegan giant Follow Your Heart.

The company announced in January that it planned to maximize its plant-based selections and accelerate its development. The plant-based sector since then has continued to rapidly increase, revealing products across all food categories from plant-based protein to frozen snacks. The company just recently released 10 new vegan items, proving that it’s keeping its promise. Alongside vegan cheese, consumers can expect many more plant-based alternatives to arrive in the coming years.