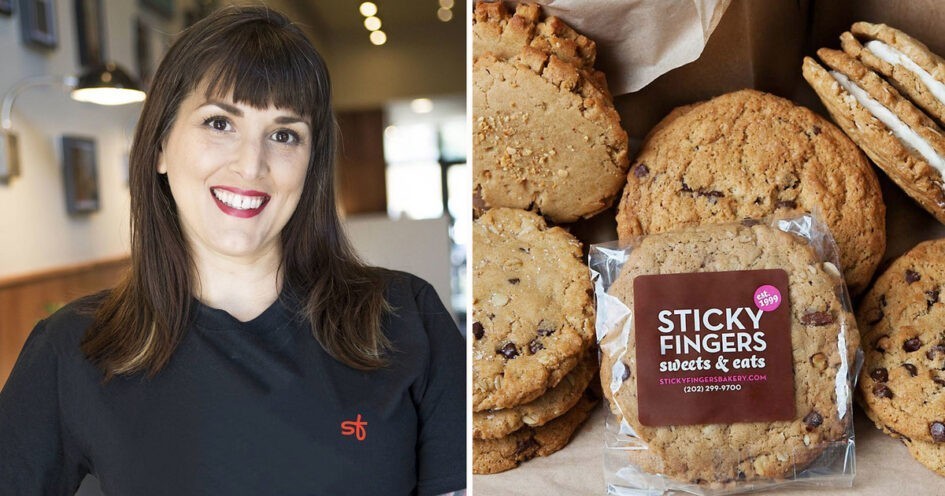 “This expansion has been a long time coming,” Sticky Fingers founder Doron Petersan said in a statement. “When you’ve been around as long as we have, and with DC having such a transient workforce, you naturally end up with friends and fans scattered all over the country. I can’t count the number of times people have told us they wished they could get one of our cupcakes, cowvin cookies, or brownies in their new hometown. Now our sweets and treats will be available wherever Sticky Fingers folk find themselves.”

Petersan, a two-time winner of the Food Network’s baking competition show Cupcake Wars, opened Sticky Fingers Sweets & Eats in 1999. The bakery has since grown to include wholesale distribution to supermarkets in DC, Virginia, and Maryland. In 2016, Petersan opened vegan comfort food diner Fare Well in DC, where she serves comfort food favorites such as Southern Fried Wings, hot pastrami sandwiches, and mac and cheese. With Sticky Fingers’ new nationwide delivery, the bakery’s brick-and-mortar shop now mirrors the online offerings with additional infrastructure for packing and shipping orders. In the coming months, Fare Well will rebrand as Sticky Fingers Diner to formalize its relationship with the original Sticky Fingers concept. “We refuse to neglect our core Washington, DC-based guests and will continue to provide cookies and custom cakes locally at Sticky Fingers, while Fare Well becomes the home for our delicious savory vegan comfort foods,” Petersan said. “I started baking with my son around age two. Back then it was just pouring and mixing and I did all of the work,” Petersan told VegNews. “But as he’s grown he’s stepped it up, and is now doing everything on his own, though he has a healthy fear of the hot oven. Now that he’s nine, we talk about the ingredients,  the math involved, and the science working as we bake. This is how we bake. It’s normal.  He doesn’t ask, ‘What do you use in place of eggs?’ or ‘How does soy milk compare to cow’s milk?’ The more we can normalize vegan cooking and baking, the better it is for the animals, the environment, and ourselves.”

Hormel Is Rolling Out Vegan Pepperoni to Pizzerias Nationwide