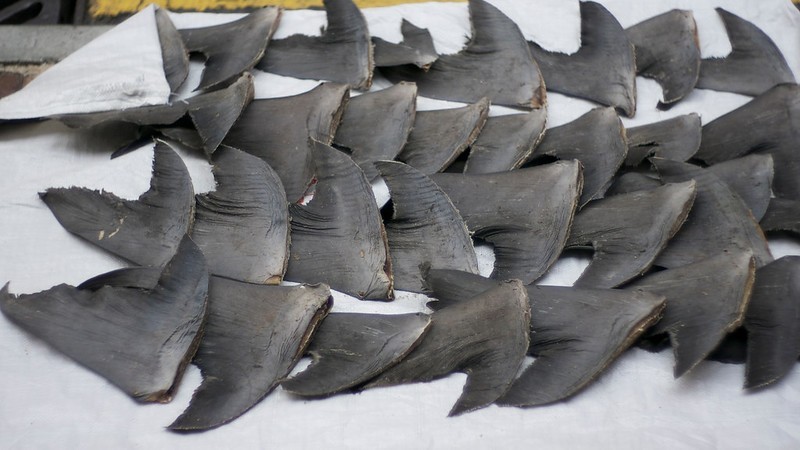 As part of its Action Plan for Animal Welfare, the UK Government has announced a formal ban on import and export of shark fin products. The Action Plan is a comprehensive set of guidelines aimed at eradicating cruelty to animals and improving animal welfare standards.

The International Union for Conservation of Nature (IUCN) lists 143 species of sharks as ‘threatened’, while other species fall in categories ranging from ‘vulnerable’ to ‘critically endangered’. Sharks are responsible for healthy marine ecosystems as they play a vital role in maintaining healthy levels of fish below them in the food chain.

Besides overfishing, the demand for shark fin products is also majorly responsible for driving some shark species towards extinction. Sharks are killed for their fins, which are used to make a special soup in several countries. Shark finning – the practice of removing fins from sharks – is a cruel process as these creatures, while still alive, are thrown back into the water after finning to die.

Although the practice for killing sharks for fins has been banned throughout the European Union for nearly 20 years, but separating fins from sharks that are landed intact has remained legal. However, since it becomes difficult to trace the original source of the fins, this ban seems like a welcome move.

Lord Goldsmith, UK’s Animal Welfare Minister, said, “Shark finning is indescribably cruel and causes thousands of sharks to die terrible deaths. It is also unforgivably wasteful. The practice is rightly banned in UK waters, but the trade continues, with serious implications for the future of these magnificent creatures.”

“Our action will not only help boost shark numbers, it will send a clear message that we do not support an industry that is forcing many species to the brink of extinction.”

He added that the UK is a global leader in marine protection, and with its ‘blue belt’ programme, it is protecting an area of ocean around British Overseas Territories the size of India. “The UK is also leading a global campaign, supported by over 80 countries, for at least 30% of the world’s land and ocean to be protected by 2030,” Goldsmith added.

Endangered and overfished species such as shortfin mako and blue shark are among the species to benefit from this step.

Shark Guardian, a UK conservation charity, has been instrumental in driving the government to bring this ban. Post the departure of the UK from EU regulations, the ‘Finspire Change’ campaign began in May 2020, after a petition to the UK government gathered more than 115,000 signatures, forcing a debate in Parliament. Later in May this year, the addition of the shark fin ban to the Action Plan for Animal Welfare was announced by the government.

Ali Hood, Director of Conservation for the Shark Trust, said, “It is encouraging to see the UK addressing the fin trade as an element of overfishing: the principal threat to sharks and rays. And we’re noting that the UK is ramping up its engagement in domestic and international shark conservation issues, currently championing the science-based advice for a prohibition on mako in North Atlantic high-seas fisheries.”

With the ban on import of detached fins, the UK will help to protect wild populations of shark species.