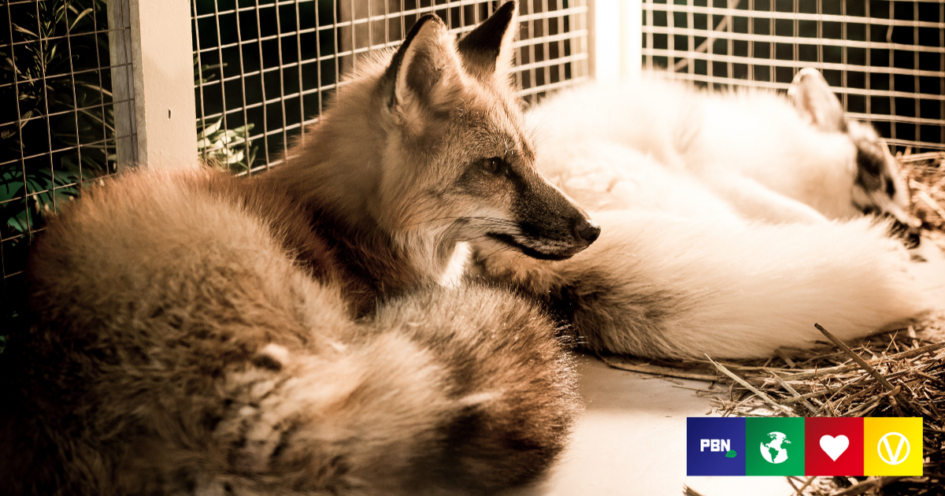 This week, the UK government debated a ban on the import and sale of animal fur, after a one million strong petition urged for better welfare protections.

The discussion, which was the first on the topic since the UK left the European Union, saw politicians from all parties speak up in support of ending the ‘bloody business’.

While the UK banned fur farming 20 years ago, the country imports millions of pounds worth of animal fur from overseas. According to the leading animal advocacy charity, Humane Society International UK (HSI/UK), this totals £800 million.

Currently, the UK imports fur from countries such as Finland, China, France, and Poland. Here, foxes and mink spend their lives in cramped cages, HSI/UK adds.

Notable comments in the debate include MP Christian Wakeford labeling current import rules a ‘double-standard’. Moreover, it’s an ‘outdated’ industry that is ‘out of touch with modern values’, Wakeford said.

Despite welcoming the views on ending the trade, Labour MP Taiwo Owatemi called for action over ‘warm words’ from the government.

They said: “…Banning the fur trade in its entirety, including fur imports, would be a bold step towards reaching these aims.”

After the debate, the charity’s executive director Claire Bass released a statement. Bass told PBN: “Every MP who spoke at this debate reflected the views of their constituents by supporting a ban on fur imports and sales. And, calling for Britain to end its bloody business with the international fur trade.

“If we are a nation of animal lovers, Britain cannot remain complicit in the appalling suffering of millions of fur-bearing animals caged or trapped overseas, all for frivolous fur fashion.

“We urge government to consign fur cruelty to the history books. By introducing legislation to ban the import and sale of real animal fur as soon as possible.”

On behalf of the government, Defra Parliamentary Under Secretary of State Rebecca Pow MP assured it was a priority.

Pow added that no next steps would be introduced today and that the government is building evidence with a view to informing future policies.

It comes months after the government issued a Call for Evidence to collect public opinion.

You can sign the Fur Free Britain petition here