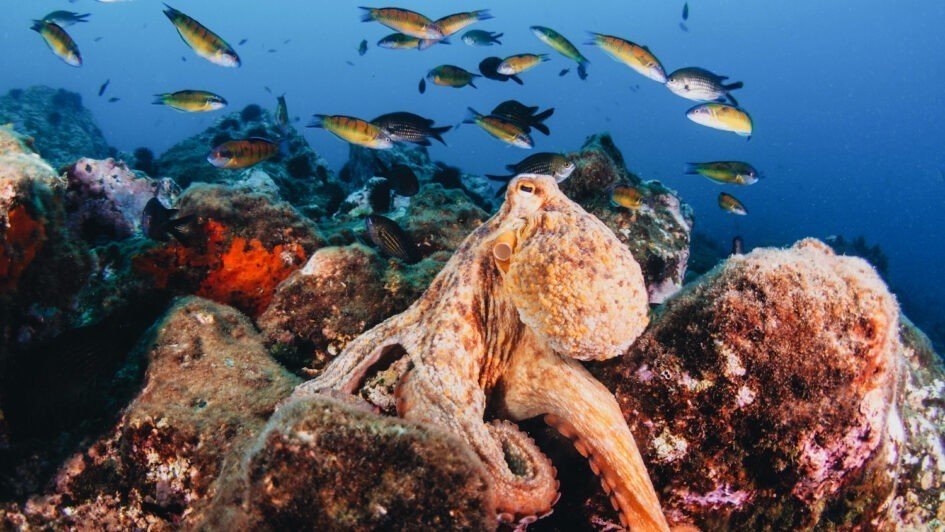 An updated UK law will provide additional protection for octopuses, crabs, lobsters, and other animals newly recognized as sentient beings.

The amendment to the Animal Welfare Bill (nicknamed the “sentience bill”) follows an independent review by the London School of Economics and Political Science (LSE).

LSE found “strong evidence” that cephalopods (such as cuttlefish, squid, and octopuses) and decapods (crayfish, crabs, and lobsters) have the capacity to experience “pain, pleasure, boredom, excitement, frustration, anxiety, and joy.”

All of these invertebrate creatures possess central nervous systems—one of the key benchmarks of sentience—like the vertebrates already recognized by the bill.

The five-year project, led by LSE Associate Professor Jonathan Birch, drew on more than 300 existing scientific studies to reach this conclusion, and the authors specifically recommended the government expand its definition of animal welfare to include these animals.

“Octopuses and other cephalopods have been protected in science for years, but have not received any protection outside science until now,” says Birch. “One way the UK can lead on animal welfare is by protecting these invertebrate animals that humans have often completely disregarded.”

While the British government has accommodated this new categorization, it will have no impact on existing industry practices in fishing and restaurants. This is notably where the vast majority of distress and pain is inflicted on animals such as crabs and lobsters.

LSE’s report advises specifically against declawing, nicking, eyestalk ablation, the sale of live crustaceans to untrained handlers, and extreme slaughter methods such as live boiling without stunning. All are common commercial practices today.

The analysis concluded that there is no evidence of a “humane and commercially viable” slaughter method for hyper-intelligent animals like octopuses. They are difficult to euthanize and it is likely that they experience extensive suffering at fisheries. Octopuses, like shrimp and many species of fish, are also transported and eaten alive as a delicacy.

Eating and cooking live animals is restricted in much of the world for animal welfare reasons, and it was previously reported that boiling lobsters alive and other controversial practices could be banned in the UK following LSE’s review of crustacean sentience.

But the British government maintains that the amended legislation is solely “to ensure animal welfare is well considered in future decision-making,” not to course-correct existing standards.

How people responded to the UK’s animal sentience bill

We Try Vegan Lobster From Waitrose, And This Is What We Thought