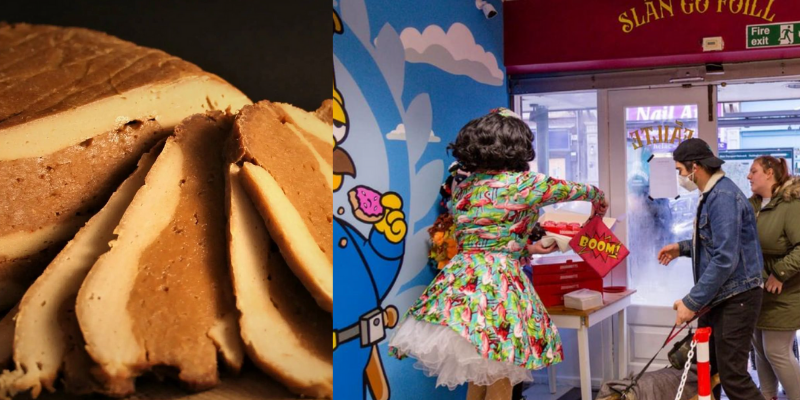 New Vegan deli in Nottingham had people queuing around the corner

No Homers Deli in Nottingham held its opening day on December 4th, making it the first Vegan Irish Deli in the UK. The event brought a sizeable crowd and marked the occasion by showing how many people are eager for new vegan products.

The opening was even more spectacular as the Deli had two of Nottingham’s drag queens to hand out free doughnotts plant-based doughnuts to customers. The queens also cut an opening ribbon.

The Deli serves roast joints in turkey, beef or ham styles, other smoked slices, and traditional Irish alternatives such as Abi Lattice and Jambon.

Huw Longman, the owner of NO Homers Deli, has held the theme of the shop around the Simpsons. In Episode 12 of season 6, the main inspiration after ‘Noli habere Bovis, vir!’ translated into ‘Don’t have a cow, man!’. Fitting into the animal-free setting well.

Mr Longman told Nottinghamshire Live ‘It was fantastic, the queue was around the corner to Tesco. It was very cold and wet but it was a fantastic initial response.’

Will you be visiting UK’s First Irish Vegan Deli?

This Vegan Market, Deli, and Coffee Shop Is the Best-Kept Secret in LA