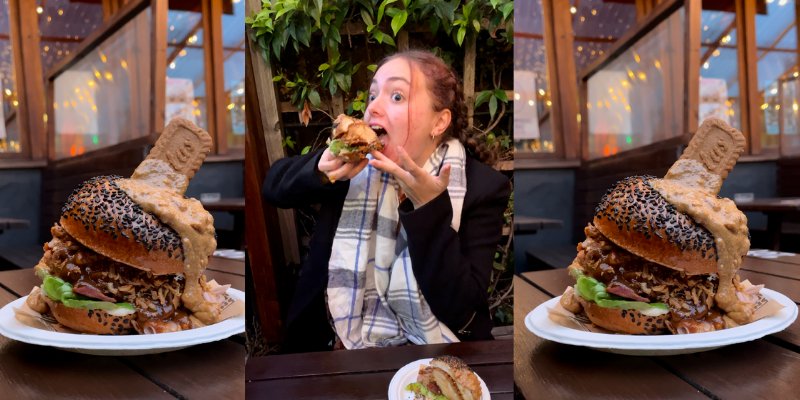 Could this be the UK’s first vegan Biscoff burger? 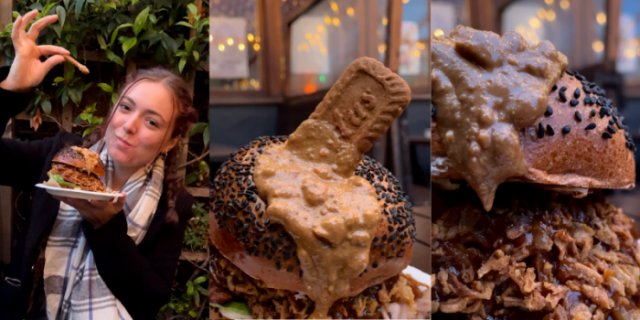 We visited Filthy buns, located in East London, Dalston. The menu is 50% plant-based and 100% Filthy, and the company has recently won the best plant-based burger at the national burger awards.

Here’s a video we made of our time at Filthy Buns.

The burger was one of the best we’ve had. It didn’t leave you feeling sickly afterwards, which many vegan burgers do due to the density. The vegan chicken was fried to perfection and beautifully crisp. Despite being a lot to hold, there’s not a part of this burger we’d want to miss out on. Sweet and sticky, we wouldn’t have it any other way.

John, the founder & chef of filthy buns, says that ‘ someone once said you can’t call food filthy, we wholeheartedly disagree’. If you visit, you will understand why it’s called this. The burgers are mouthwateringly good, but wow, they are messy. Expect to be licking your fingers and using a big wad of napkins!

Have you ever tried a Biscoff burger? If not, it’s time to change that!

Popeyes’ First Ever Vegan Burger Is On the Way