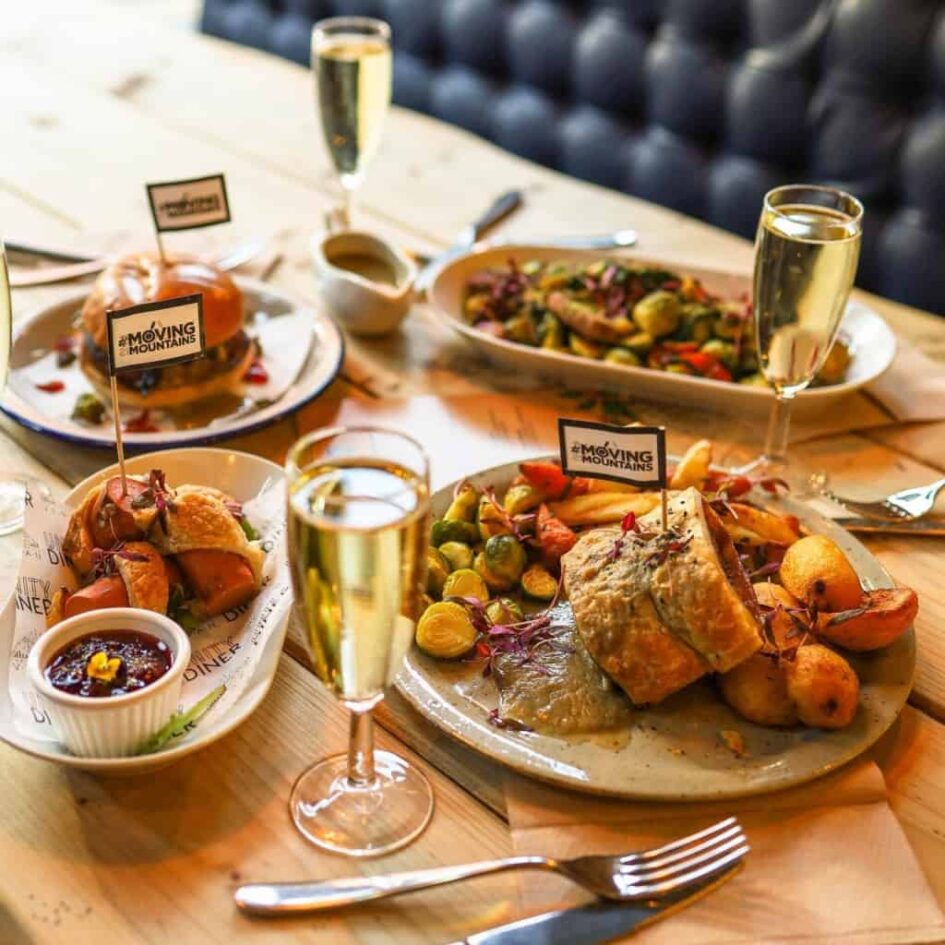 Interesting to note is that in October 2019 Unity Diner took over a Spitalfields location which was previously a rib restaurant, enthusing on social media at the time about “taking over a space that was once a hub for animal exploitation” with a fully vegan enterprise which also includes a full-service, 100% vegan cocktail bar.

No Pigs in Duvets Bottomless Brunch

The No Pigs in Duvets Bottomless Brunch can be ordered throughout December between 12-5pm, Tuesday – Friday. For £45pp, diners can order a main course and receive an unlimited supply of Moving Mountains’ No Pigs in Duvets and prosecco.

Simon Van der Molen, founder of Moving Mountains says: “We’re delighted to be partnering with our friends at Unity Diner to create our Moving Mountains® festive menu. Christmas is synonymous with great food, and Unity Diner have created some amazing dishes using our plant-based products which taste delicious and are great for supporting a sustainable planet. Our mission at Moving Mountains is to create plant-based food that tastes delicious, but is also good for the planet and this menu shows that even festive favourites can be made better for our health and for the planet.”

Kevyn Burke, manager and co-founder of Unity Diner commented: “We are really excited to be building on our existing relationship with Moving Mountains to launch our first ever festive menu, as they are a brand whose ethos and mission aligns so closely with our own. To be able to celebrate with London’s first No Pigs in Duvets Bottomless Brunch seemed completely fitting, and we hope to see plenty of Londoners down at Unity Diner throughout December indulging in the classic festive treat, along with the other delights we’ve got on offer.”