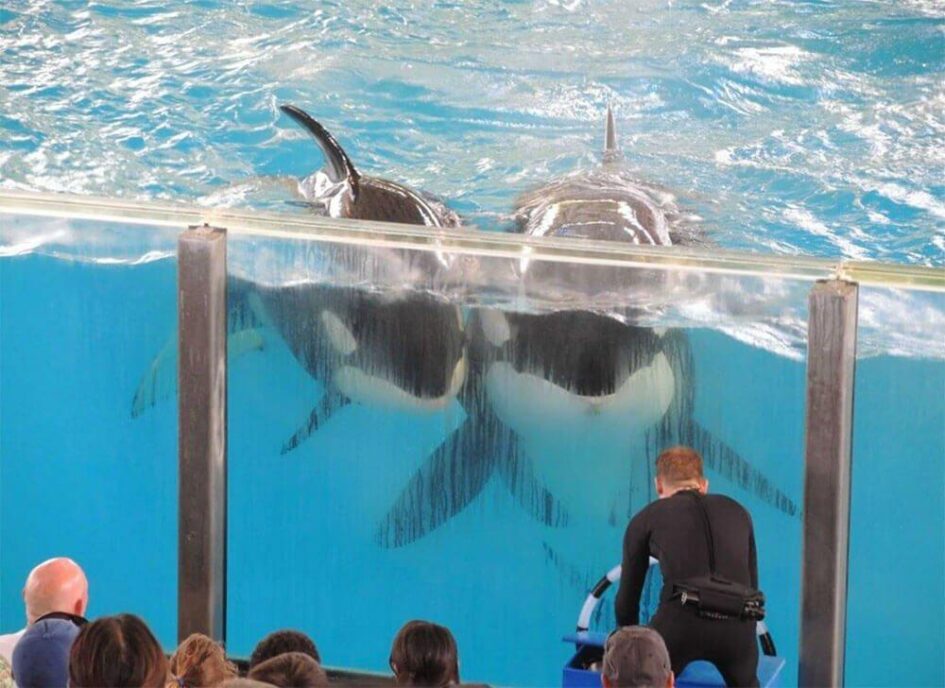 Given SeaWorld’s long and shameful history of exploiting animals, it’s hard to imagine why any company would want its name associated with such cruelty. Despite this, Build-A-Bear Workshop has opened a store inside the SeaWorld Orlando abusement park in Florida, and we need your help to urge it to cut ties.

More than 40 orcas and over 300 other dolphins and whales have died at SeaWorld, many prematurely. Although the company ended its sordid orca-breeding program after a public outcry, it continues to use whales and other dolphins as breeding machines, creating more animals forced into a lifetime of misery. Dolphins are naturally talkative, social animals who develop complex relationships with other members of their pod. Forcing them to perform tricks for the purpose of entertaining humans is a form of speciesism, a human-supremacist worldview.

Nearly every major brand that had supported the park has already cut ties with it, including Airbnb, Delta Airlines, Mattel, Mott’s, Taco Bell, and Tripadvisor. The world is turning away from the cruelty of cetacean captivity, and Build-A-Bear should get with the times and join the long list of others who are rejecting such inhumanity toward animals.

Please urge Build-A-Bear to rethink its partnership with SeaWorld and stop endorsing this cruelty.