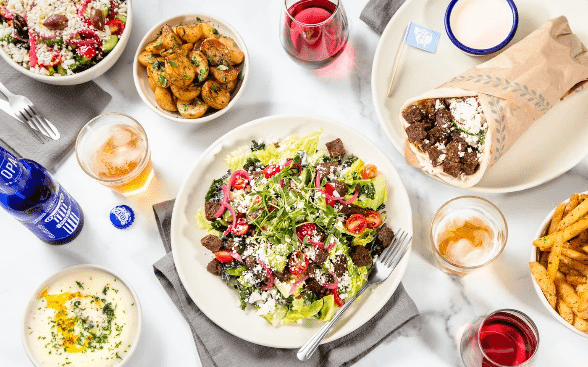 San Francisco-based Greek restaurant chain has added vegan lamb to its menu. Made by , it is described as the USA’s first “heritage breed” lamb alternative.

Previously, Souvla’s only vegan option was roasted white sweet potato. While this option is popular, customers had requested more choice, with many wanting to see a meat alternative offered.

Souvla said it had considered offering Impossible Foods’ plant-based beef, but decided against it because beef is not used in any of the restaurant’s dishes. Lamb, on the other hand, is served by the chain and is strongly associated with Greek food.

Speaking to , Souvla’s founder and CEO Charles Bililies said Black Sheep’s lamb was almost indistinguishable from the conventional variety in many aspects, including its distinctive smell. Souvla prepares the two types in the same way, by slicing the lamb into cubes and marinating it.

While significantly less common than beef, chicken, and pork alternatives, a few companies worldwide have now launched vegan lamb products — for example, Wicked Kitchen recently introduced a market-first in the UK. PlantMade offers a in India, while Irish meat producer ABP has launched a that includes frozen “lamb” pieces.

Black Sheep’s lamb is now available at all four of Souvla’s locations, and it will begin rolling out at other restaurants in six weeks’ time.

“We’re fortunate — so much of this innovation is happening right here, where we’re based,” Bililies told Eater. “Black Sheep came to us last year with this idea that they had been working on, and with lamb being such a signature part of the Souvla menu and being so synonymous with Greek cuisine, especially here in the States, it seemed like a great fit.”