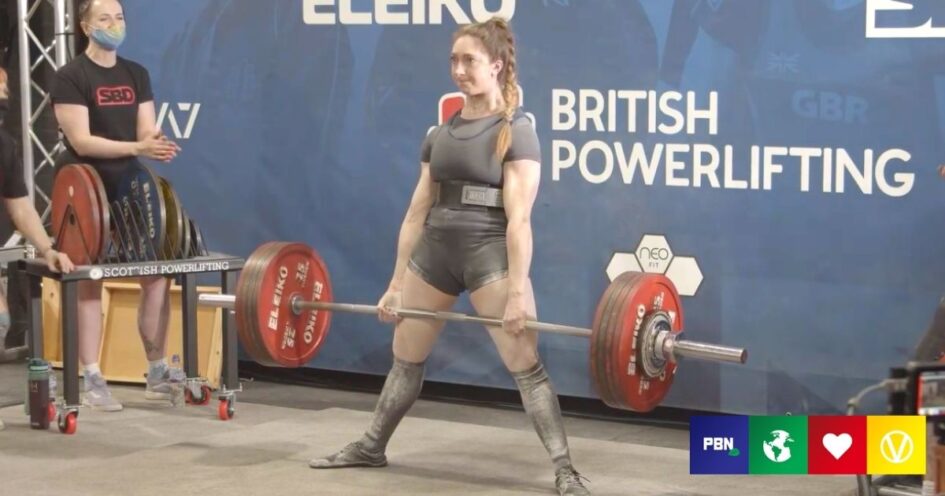 Vegan powerlifter and two-time British champion Sophia Ellis is living proof that you don’t need meat to be strong.

The athlete made history last month at the British Women’s Classic Championships in Lochgelly, Scotland, where she competed in the U76kg open class.

There, Ellis broke six national records and pulled off the heaviest deadlift by a female in British powerlifting history. Ellis deadlifted 237.5kg (524lbs), marking a new British record in both Classic and Equipped categories, across all weight classes. It’s also an unofficial European record.

Additionally, Ellis lifted 170kg during the squat round, and 118kg for bench (which was its own record too). This brought her total weight lifted to a whopping 525.5kg (1,158.5lbs) – again, a British record total for both Classic and Equipped categories.

Being ‘strong and vegan’

Ellis, who began competing in powerlifting in 2018, now holds around 20 national and international records. She credits her success to a number of factors, including her plant-based diet.

Speaking to Plant Based News, Ellis said: “It has been a combination of things that I feel has helped my athletic career; diet is obviously a huge part of recovery and being vegan has definitely helped me to optimize this alongside keeping training consistent, staying hydrated, getting enough sleep, and managing stress levels etc.”

“As long as I am eating enough and a good balance of foods then my recovery rate is a lot quicker and I feel so much more fueled and energized for training sessions,” she added. “It is important for people to realize that it is the foods you eat which make a big difference – you can go vegan but if you are restricting / not eating enough nutrient-dense foods then you won’t reap all the benefits that veganism has to offer!”

“I have been vegan for 10 years now and a powerlifter for four years. It is so great to be able to continue to break down misconceptions around this lifestyle and show people that you can be strong AND vegan!”

It’s a message Ellis also drove home in October last year, when she took home a bronze medal in deadlifting at the IPF World Classic Championships, despite it being her first appearance at the competition.

Ellis is set to compete in the World Championships in June, 2022.