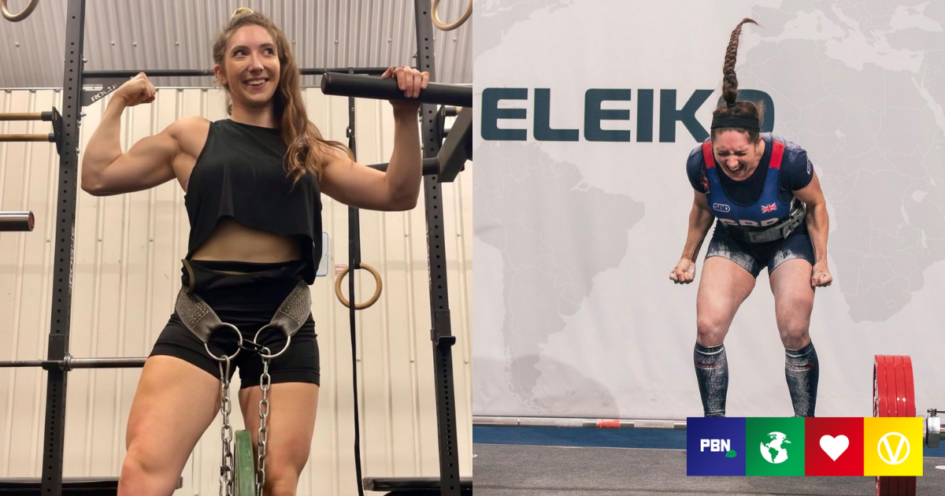 Ellis lifted 490kg (1,080.3lbs) in the women’s 76kg category. As well as securing the medal, the lift broke the British women’s deadlift record.

“Now the dust has settled, it’s starting to hit me how crazy this is. My first ever IPF World Classic Championships and I made it on the podium,” she wrote on Instagram.

But Ellis is no stranger to the podium. She came out in the top spot for the UK nationals event. In fact, Ellis has been crowned British Champion and Commonwealth Powerlifting Champion twice.

Further, Ellis holds 14 records, according to her website, including the British record in bench press and deadlift.

Ellis spoke to Plant Based News about her most recent win. “I’m feeling extremely honored to have represented my country at the IPF World Classic Powerlifting Championships,” the athlete said.

“This sport has only changed my life for the better; it’s allowed me to focus on what my body is capable of, to take up space, grow in confidence, and find strength through adversity.

“I’m wanting to show others that you can be strong and vegan. You don’t have to compromise.”

Ellis isn’t alone in her efforts proving the power of plants.

Just last month, vegan athlete Lewis Hamilton claimed his 100th victory in the Russian Grand Prix. The win made him the first Formula 1 driver to do so.

The month prior, a mostly vegan team placed fourth in the world at the 2021 CrossFit Games.

Bronze Cafe out, Miss Mylk and Heirloom in at The Juice Box

How to make your home vegan