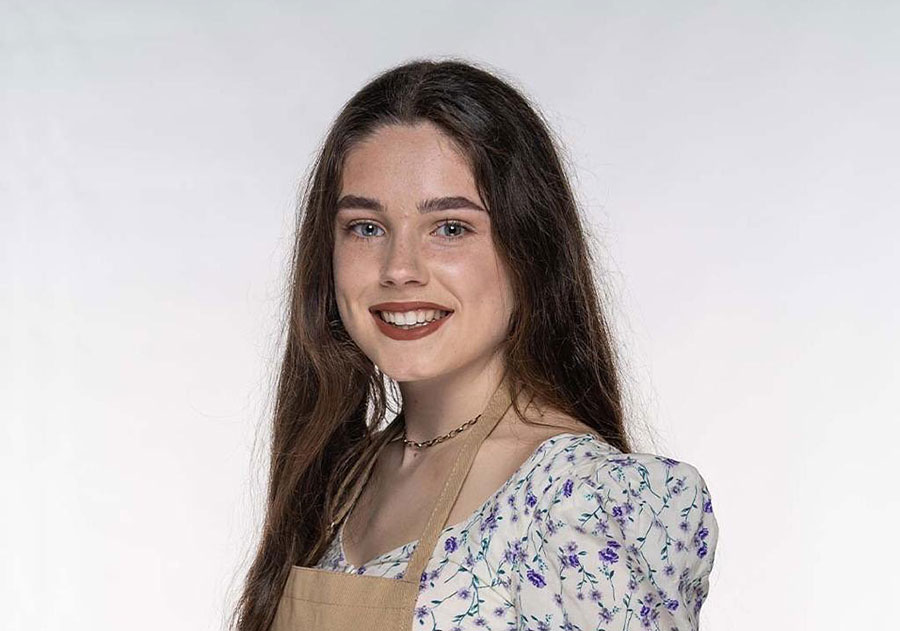 Channel 4’s cult baking show The Great British Bake Off is set to return to our screens next week. Excitingly, for the first time ever a vegan baker will be taking part.

Nineteen-year-old Freya Cox, who is the youngest contestant on the series, is a self-confessed “massive perfectionist” who loves creating bakes with “intricate details.”

Speaking with Channel 4, Freya revealed: “I love the decorating side of baking, I think it gives everyone a chance to be creative and share their own personal skills.”

Freya’s passion for baking was inspired by her childhood memories baking with her grandma. In fact, the budding baker has had her sights set on the Bake Off tent since she was just nine years old.

However, since turning vegan last year, Freya has ditched eggs and dairy and now creates plant-based versions of classic bakes for her dad.

Excitingly, Freya has confirmed that all of her bakes on the show will be vegan. This is good news as it has the potential to show millions of people how delicious vegan bakes can be.

While Freya is the first fully vegan contestant to appear on the show, in 2016 another contestant, Rav Bansal, was also rumoured to be vegan.

Rav revealed that in 2014 he took part in a two-week vegan challenge, which went on to last 6 months.

Sadly as the show aired, Rav confirmed that he was no longer vegan, but still enjoyed a predominantly plant-based diet.

Vegan week on The Great British Bake Off

The popular baking show hosted its first vegan baking week in 2018 in a bid to be ‘representative of the current UK’.

Putting the baker’s skills to the test, they were challenged to use alternative ingredients like chia and flax eggs, aquafaba, and plant-based milk and butter to create their bakes.

Discussing which bakers had impressed the judges ahead of the final round, Paul Hollywood admitted he hadn’t looked forward to vegan week.

However, the hard-to-please judge was forced to concede that the challenges had shown “It is possible to create some very tasty food.”

Fellow judge Prue Leith also said that she found the rounds ‘fascinating’ and encouraged others to watch.

She added: “You shouldn’t miss that one. If you’re a vegan or are thinking of becoming a vegan, or think about it and worry about how it will change your life. It’ll shock you. It shocked me as well honestly.”

The new series of The Great British Bake Off airs on Tuesday, September 21 at 8pm on Channel 4.

Feeling inspired to create your own show-stopping vegan bakes?

Put your skills to the test with these indulgent vegan dessert recipes.