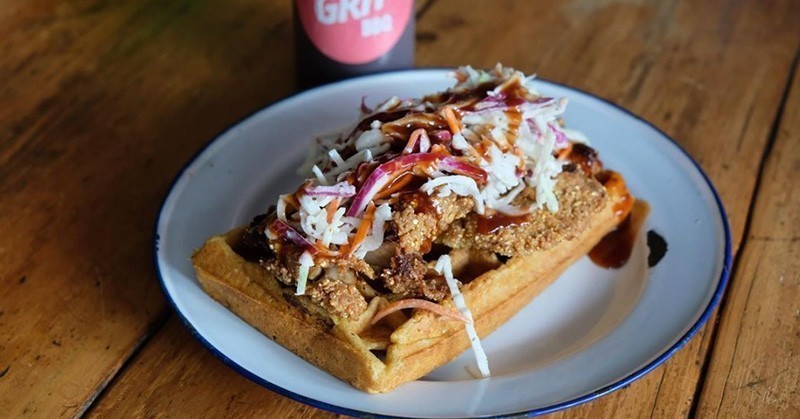 This November, a vegan BBQ pop-up is coming to Brooklyn, NYC! Plant-based brand Pure Grit BBQ has partnered with Al Horno Lean Mexican Kitchen to launch the Pure Grit BBQ pop-up, which made its debut in Bay Ridge, Brooklyn on October 8. The pop-up features BBQ favorites like mac ‘n’ cheese, cornbread, and vegan brisket, with the option to dine in, carry out, or order local delivery through the Al Horno website.

Barbecue Favorites with a Plant-Based Spin

Pure Grit was founded by Kerry Fitzmaurice, who became inspired to create a plant-based BBQ brand after a trip to Austin, Texas. While in Austin, Fitzmaurice found that there weren’t many options for vegans in terms of barbecue, so when she returned to NYC, she enlisted the help of a former colleague and creative director, Jenny Mauric, to partner with her on developing the brand. With the opening of their pop-up, the pair have also recruited Chef Emily Hersh from Hell’s Kitchen Young Guns, a native of San Antonio and certified BBQ lover.

In addition to the pop-up, Pure Grit BBQ operates as an online shop, where they sell their signature BBQ sauces, smoker wood chips, and BBQ rubs, all of which currently ship nationwide.

The tentative dates for the next Pure Grit BBQ pop-up will be November 12-14. The pop-up will take place at Al Horno Lean Mexican Kitchen, located at 9112 3rd Ave, Brooklyn, NY 11209.

For more details on the pop-up or to purchase a BBQ kit, visit PureGritBBQ.com.