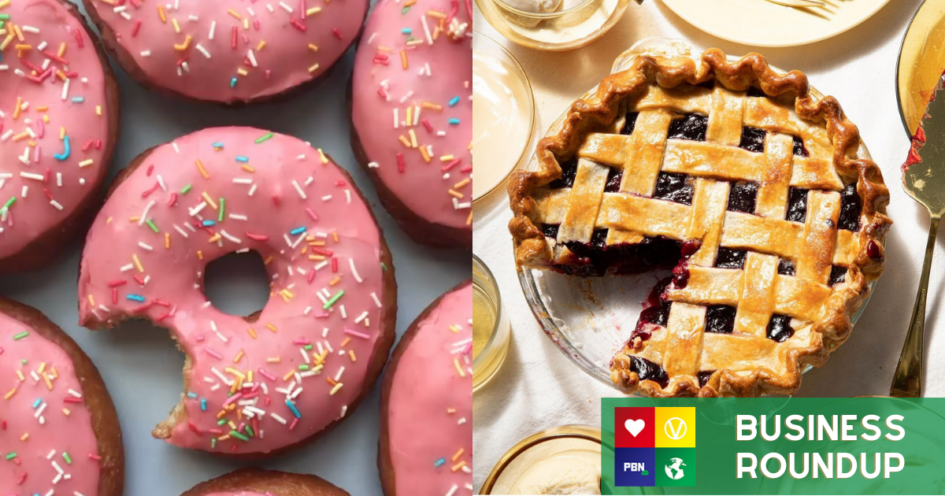 Most recently, record-breaking funding rounds and hefty financial backing from major investment companies made headlines. Even meat and dairy giants are keen to keep up, as key players dip their toes into the plant-based food scene.

Allplants secures record-breaking £38 million in Series B round

Plant-based food brand allplants has announced its third ‘record-breaking’ raise. The company just secured £38 million through a recent Series B round.

Allplants says it marks the largest ever Series B round for a plant-based food company in Europe.

Draper Esprit led the round. Felix Capital (the venture fund behind Oatly and Deliveroo) participated too, along with footballers Chris Smalling and Kieran Gibbs.

Allplants will use the latest investment to expand its plant-based kitchen in Walthamstow, North London, to six times its current size. This will give the company direct-to-consumer access within the UK market.

Allplants will also grow its scalable capacity to allow for quick distribution into other channels. Additionally, the company will expand its team, with hires in operations, marketing, and technology. The Allplants team will also welcome culinary-school-trained chefs onboard.

The round comes as allplants reports seeing triple-digit revenue growth for three years in a row. Additionally, the company broke records with its previous Series A round and crowdfunding efforts.

Biotech start-up Biomilq, which produces cell-based breastmilk, just received a hefty investment during a Series A funding round.

Biomilq raked in $21 million in total, with life science investor Novo Holdings leading the round.

Support also came from Breakthrough Energy Ventures, the investor-led fund founded by Bill Gates in 2015. Jeff Bezos, Richard Branson, and Michael Bloomberg are also a part of the investing coalition.

Breakthrough Energy Ventures invested in Biomilq last year too, in a Series A round that earned the start-up $3.5 million.

Michelle Egger is the co-founder and CEO of the company.

“Right now, by the estimations we have been able to make, at least 10 percent of the dairy market globally ends up in infant formula,” she said last year, per CNBC.

“That means per-infant-fed formula in the US, 5,700 metric tons of CO2 are produced, and 4,300 gallons of freshwater are consumed each year to feed a child. Parents want to do what’s best for their kids but shouldn’t have to decide between feeding their children and protecting the planet.”

The venture fund supports environmentally friendly and socially aware enterprises, with a focus on healthy living.

Now, Rubio Impact manages €150 million in impact capital. This is almost four times more than the year prior.

The venture fund is eager to put its money where its mouth is, with plans to invest in more than 30 ‘ambitious impact-focused companies’, it writes on its website.

These companies will join its existing investees, which include cultured meat company Mosa Meat and fairtrade coffee brand Wakuli.

Atlantic Food Labs has relaunched as FoodLabs, along with a €100 million food tech fund to invest in food, health, and sustainability start-ups.

FoodLabs’ Christophe F. Maire told TechCrunch: “The food industry is the largest industry in the world, and it accounts for more than a quarter of greenhouse emissions globally. Transforming how we produce and consume food toward more efficiency and sustainability has a major impact on the planet and people.”

The ‘Food Fund’ will prioritize agriculture, Maire said. On its website, FoodLabs highlights that 80 percent of all agricultural land is being used for livestock. Yet the world’s rapidly rising population requires humankind to double protein production.

Therefore, permaculture, aquaculture, and ‘new proteins’ are on the company’s radar, he said.

“We strongly believe that technology and entrepreneurship hold the key to tackling the key challenges of our time. With the Food Fund we will back the most ambitious founders building outlier companies that pave the way for healthier nutrition, sustainable agriculture, better access to food,” Maire added.

Dairy titan DMK Group unveils vegan cheese: ‘we must not close our minds’

DMK Group, the largest dairy cooperative in Germany, has announced it is venturing into the plant-based sector.

“Plant-based alternatives have arrived in the mainstream and stand for enjoyment and variety, in taste, especially among the young target groups.” said CEO Ingo Müller in a statement. “With protein demand increasing worldwide and changes in society taking place at the same time, the demand for alternatives will increase even more in the future.”

“As a forward-looking dairy cooperative, we must not close our minds to this trend, in any of our business areas.”

Adrian Sagman, who worked with Unilever in business and marketing, will take on the role of Director of Global Sales and Business Development at Redefine.

“I am very passionate about health and sustainability, and fully committed to helping repair the world’s broken food system by disrupting the meat industry with New-Meat,” Bark said in a statement.

Redefine will bring its ‘New-Meat’ products to Europe next month, and then to the US and Asia.

The products have proven popular so far. In January 2021, Redefine held a large-scale public blind taste test. More than 1,000 servings of the plant-based meat were sold, earning a 90 percent approval rating among meat-eaters.

Plant-based company Veganz, based in Germany, is set to go public. Veganz is behind what was named the first vegan supermarket in Europe, which opened in Berlin in 2011.

Now, the company has four locations as well as online stores. And according to its website, Veganz has developed more than 470 products since 2015.

The company is aiming to reel in €35 million with its IPO, which it would use for a new production site, as well as for marketing and research and development.