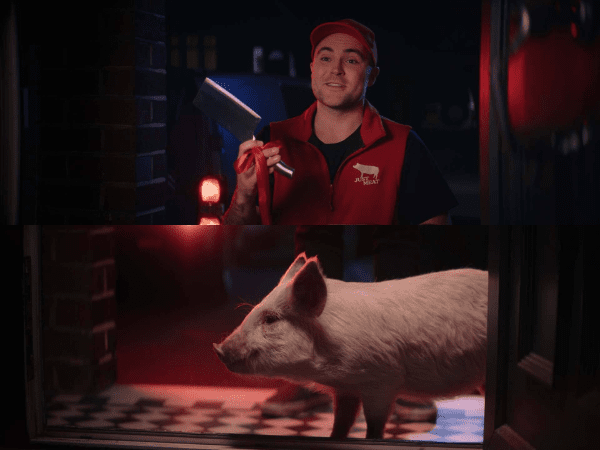 Crowdfunding isn’t new territory for Viva!; in recent years they have successfully raised funds to create and air the UK’s first vegan cinema advert, as well as raising £30,000 to create the multi-award-winning documentary HOGWOOD: A modern horror story. 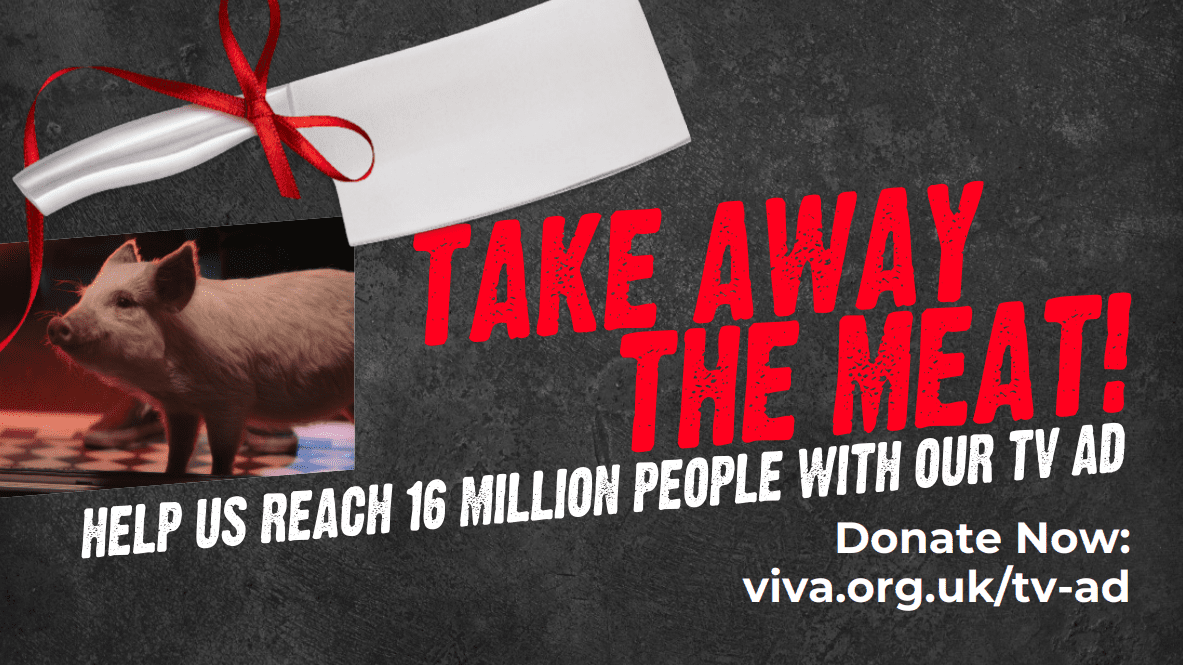 Speaking about the TV advert, Viva! Founder and Director, Juliet Gellatley, says: “To be a catalyst for change we recognise that we must stay ahead of the curve with our messaging, to have the biggest impact and reach as many people as possible. By broadcasting our first ever vegan TV advert on mainstream television, we’re hopeful we can give veganism the airtime it needs!”

“Our crowdfunding aim is to reach £40,000. Once we reach this a generous donor has agreed to match-fund, taking the total to a whopping £80,000! Channel 4 has also offered Viva! a grant which will double this total again, allowing us to reach a staggering 16 million viewers.”

“Most people in the UK despise cruelty to animals, yet simply don’t make the connection between animal cruelty and what is on their plate. If we can encourage people to think about what they consume, at a time when delicious vegan alternatives are widely available, we can play a part – on a national scale – in helping to change mindsets and save animals.

“In addition to the shocking brutality forced upon animals farmed for food, the animal agriculture industry is wreaking havoc across our planet. It is the leading driver of wildlife loss and releases more greenhouse gases than the entire world’s transport sector.”

“With delicious vegan alternatives widely available, there has never been an easier, tastier or more important time to go vegan.”

Viva! needs your help to share this campaign with millions of viewers to evoke an emotional response to animal welfare and veganism on a national scale.

To donate or find out more please visit viva.org.uk/tv-ad.