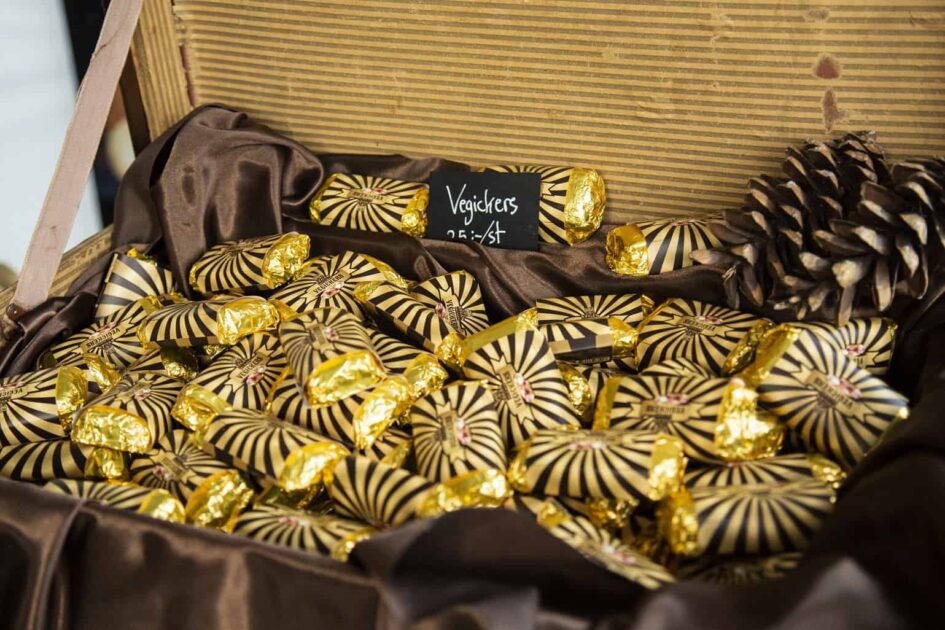 Inspired by Willy Wonka, entrepreneur Anahita Vazvan has opened the doors to her family chocolate factory in Sweden, called , where customers can meet the company and enjoy a huge variety of imaginative vegan treats.

The company’s initial vision “was to create vegan treats that didn’t feel like a compromise and that dream was turned into reality”, one that is ethically driven and involves a diverse team of coworkers.

Vegan Delights has most notably developed a vegan Snickers called ‘Vegickers’, which is the company’s bestseller and has already become a firm customer favourite.

In 2019, confectionery giant Mars, producer of the conventional snickers bar, became the first major confectionery company with Galaxy Vegan. Following the ongoing trend for vegan chocolate, the multinational company bars this year. However, a veganised Snickers bar is yet to be launched to the mainstream – as such, Vegickers is going down a storm in Sweden.

Vegan Delights aims to source as much organic produce as possible, fully plant-based, and always using sustainable chocolate. The production of its confectionery causes up to 70% less greenhouse gas emissions as well as less land and water usage.

When Anahita was 20 years old, she began experimenting with chocolate when most of the younger generation in her family had transitioned to a plant-based diet and felt that they were missing out on treats. The early iterations of her product seriously impressed her mother and uncle who decided they wanted to invest in the enterprise. So in  2016, Vegan Delights Sweden was born.

Speaking to vegconomist, Anahita describes Vegan Delight’s mission as follows: “Our vision is to revolutionize plant-based candy and appeal to the masses. We don’t want people to compromise on the taste so we want to recreate the candy from our childhood and make it fun, delicious and sustainable to choose vegan sweets.”

Sweden’s Peas of Heaven Sets Sight on European Expansion with €2.7M Seed Round