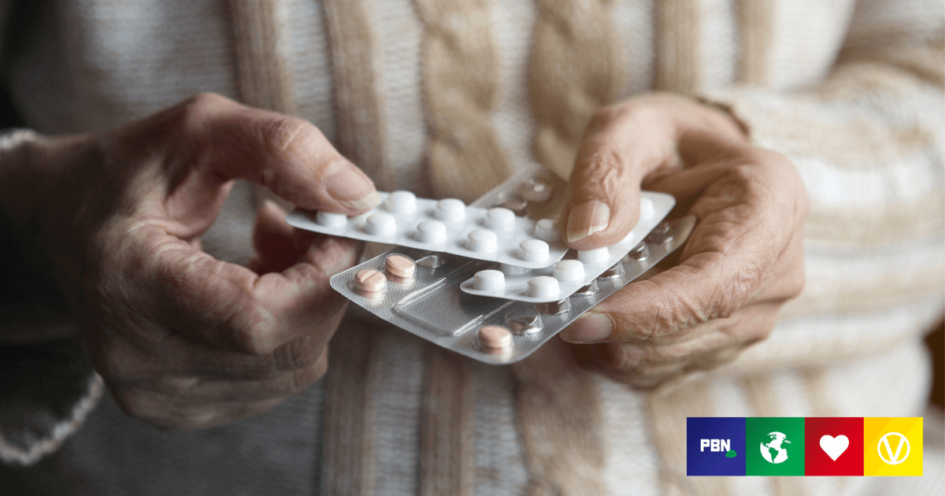 A newly published study investigated whether diet can have an effect on health for older adults. Specifically, researchers explored whether following a vegan diet could reduce the number of medications taken by seniors.

The study was published in the American Journal of Lifestyle Medicine last month.

It aimed to address the ‘public health dilemma’ of polypharmacy, referring to when numerous medications are prescribed to one person.

Polypharmacy is relatively common in older populations. But it comes with potential health risks, researchers say. They point to data showing that individuals who take more than five medications a day carry an 88 percent higher risk of adverse drug events.

Researchers collected the data using questionnaires and measurement tools at the Loma Linda University Drayson Center in California, between 2015 and 2016.

Most participants ate meat, making up 57 percent of the sample. Twenty-one percent were vegetarian, and 10.6 and 10.8 percent were pescatarian and vegan, respectively.

They found that a plant-based diet lowers the number of pills by 58 percent compared to meat eaters – even after adjusting for covariates.

Those on a vegan diet consumed the lowest amount of pills throughout the sample. Meanwhile, increases in age and BMI, as well as the presence of disease, elevated the number of pills.

The study highlights an ‘interesting result’, which was that although vegan participants took fewer medications, vegetarian participants still consumed a similar amount of pills to meat-eaters.

“Our results show that eating healthy, especially a vegan diet, may be protective in leading to a reduced number of pills taken, either by preventing the development of risk factors and/or cardiovascular disease or by helping on the controlling of such conditions,” the study reads.