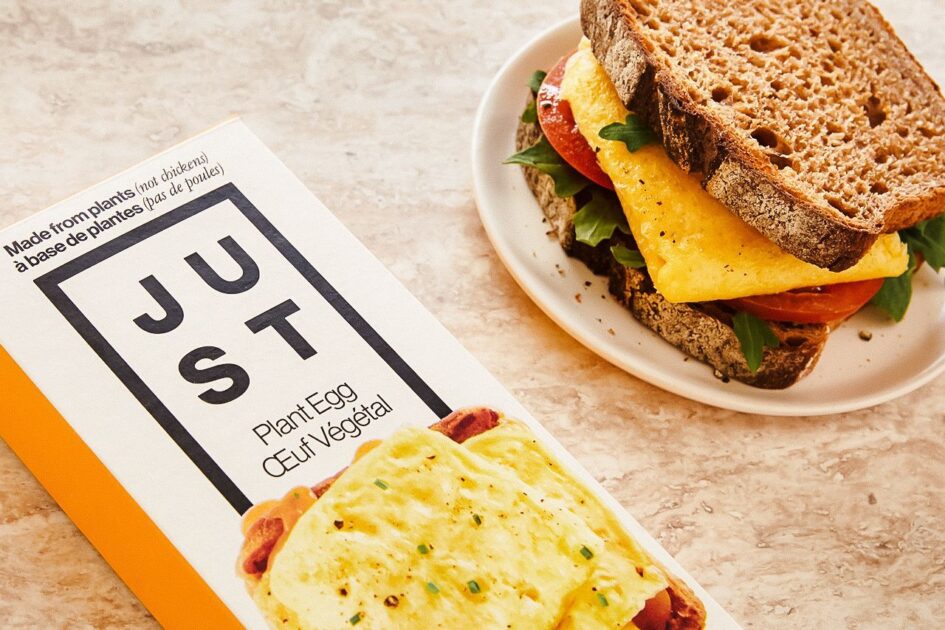 The vegan egg company has finally made its way into Canadian retail stores.

It’s an exciting time for vegans or plant based individuals in Canada this week. JUST Egg, a vegan egg substitute that has been very popular and successful in the U.S. for quite some time now, has finally launched in a bunch of different Canadian stores. So far it’s only the toaster-ready, folded version of JUST Egg, but that is still an exciting step forward considering me, the author, has never even seen a vegan egg substitute in any store in Ontario, Canada.

Canada is one of the highest requested markets for the JUST Vegan Egg products. ‘Eat JUST’, the company behind the products expects to have the plant based egg stocked in more than 1,000 locations by April, 2021. The product can be found in select locations of Walmart, Metro, Buy-Low Foods, Loblaws, Save-On-Foods, Sobeys, Safeway, and Whole Foods Market.

The companies vegan egg product is cholesterol-free, made from mung bean protein and contains 13 grams of protein per serving which is much more than an animals egg. It also contains all of the nutrition found inside mung beans. The vegan egg product is also toaster-friendly and is going to be sold as a four-pack in the frozen aisle.

Josh Tetrick is the co-founder and CEO of ‘Eat JUST’. In a statement sent to another news network, he said: “Canadians have been asking us to bring JUST Egg north of the border since the day it launched in the US.”

He went on to say, “We hope customers agree it was worth the wait. With millions of Canadians embracing plant-based proteins for healthier, more sustainable diets, there’s no better time to launch our folded product here. And as an added bonus, it’s made locally in Canada.”

On their website JUST advertises how sustainable their vegan egg products are. They said, “We are proud to announce that as of September 2020, we have sold the equivalent of more than 60 million eggs — all made from plants.

Our plant-based JUST Egg uses 98% less water, has a 93% smaller carbon footprint and uses 86% less land than conventional animal sources. It is one of the most sustainable protein sources on the planet”. They’ve also shared their 2020 impact report that shows how sustainable their products really are in great detail amongst other things. You can checkout their impact report here.

In other news, the trailer for the Netflix Documentary named ‘Seaspiracy’ has just launched. It is from the creator of Cowspiracy and What the Health. You can view that here.