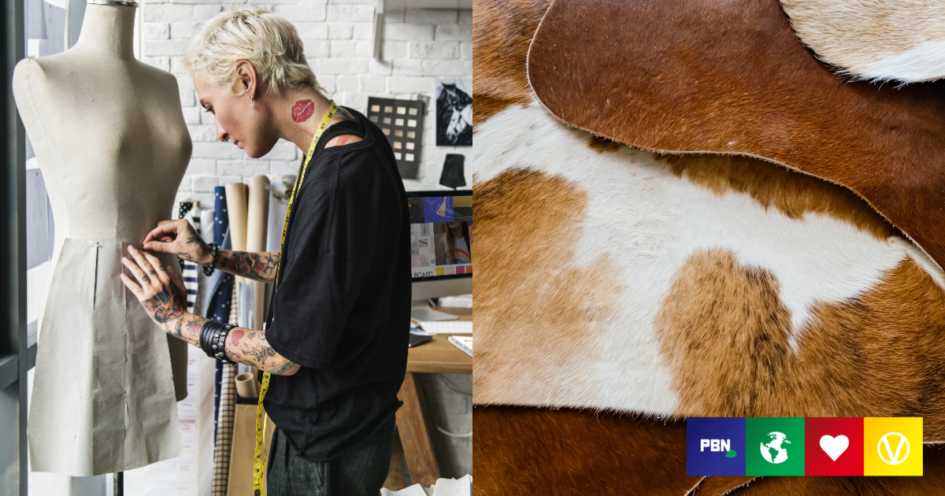 A new report published by The Vegan Society is showing some positive forecasts for vegan fashion. Moreover, the data reveals that the fashion industry is in ‘prime position’ to transform its ethics: and that consumers are ready and willing to witness it.

The Rise of Vegan Fashion 2021 report is an in-depth look into attitudes surrounding animal-derived products.

To formulate it, 1,000 Brits between the ages of 18 and 64 with varying shopping habits were surveyed.

One of the most positive indications for vegan fashion is that over 60 percent of respondents said they thought fur was cruel.

It’s come as shifting perspectives in the UK and around the globe are prompting an end to fur farms. This is part of increasing policies, such as the Fur Trade Prohibition Bill backed by a host of celebrities and animal advocates.

While the UK banned fur farming two decades ago, imports are still legal which is ‘bankrolling’ the industry in other countries.

Many brands are taking note of shifting consumer attitudes and banning fur from stores, including luxury brands such as Valentino, Prada, and Giorgio Armani.

When questioned on plant-based leather alternatives, around 40 percent of respondents labeled it both ethical and sustainable.

Furthermore, panelists were pressed on what they know about the leather industry. One-third reported believing it is a byproduct of the meat industry, and a further 20 percent said they were unsure and hadn’t thought about it before.

‘Ultimately, it could be impossible to tell where the leather has come from, and what animal has been used’, The Vegan Society confirms.

Morals aside, over 70 percent of people questioned said they would be willing to pay more for plant-based leather alternatives over animal-derived counterparts.

And, more than half said they already owned vegan leather products.

The report also indicates that consumers are backing vegan verification on products.

The Vegan Society’s Vegan Trademark scheme, which has been running since 1990 is seeing more high-profile brands backing this.

For example, New Look became the first high street retailer in the country to register with the scheme. And, last year Superdry became registered too.

‘From the high-street to the high-end, retailers and brands are already showing signs of commitment. And, consumer demand is only increasing’, the organization claims.

You can read the report in full here