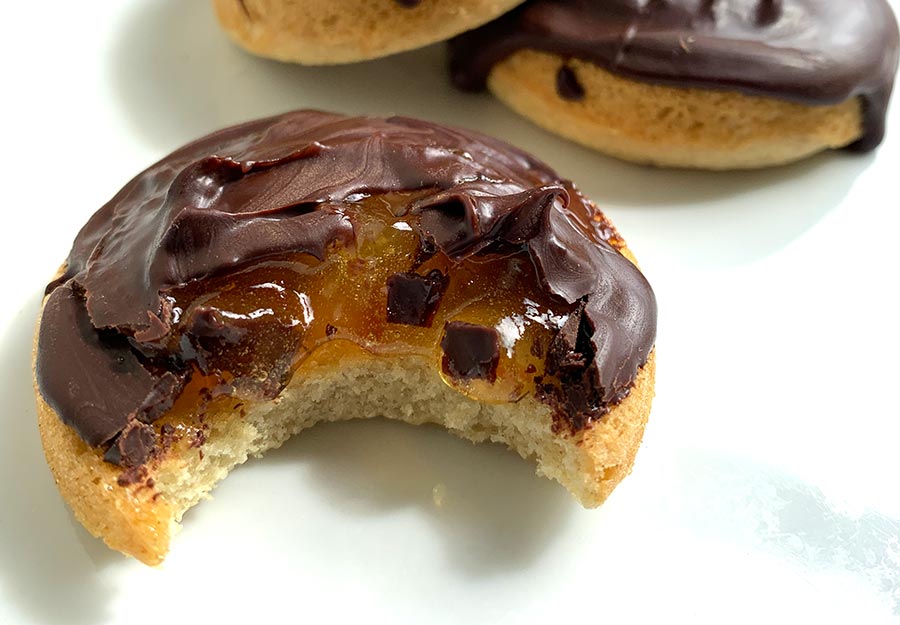 Looking for the perfect vegan biscuit to enjoy with your cuppa? Enjoy the nostalgic taste of this British favourite once again with this easy vegan jaffa cakes recipe.

Few debates have caused such a stir as the question of whether jaffa cakes are a biscuit or a cake! Despite being sold alongside biscuits, jaffa cakes were ruled to be cakes as they harden when stale, unlike biscuits which go soft.

Whether you consider them biscuits or cakes, there’s one thing for sure – we’ve been long for vegan jaffa cakes to hit supermarket shelves for years.

But while we wait, we can enjoy this super simple vegan jaffa cakes recipe made with just 5 ingredients.

This vegan biscuit recipe is a ground-up version of the original as it’s made with marmalade and dark chocolate, giving them a rich flavour you’ll love.