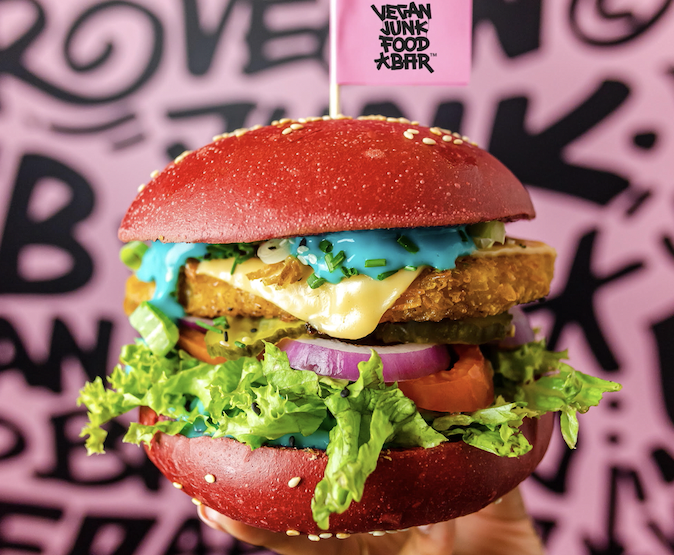 In 2017, opened its first location in Amsterdam, serving colourful and sustainable plant-based meals. Four years and several restaurants later, the franchise is about to open its first German location.

Five Vegan Junk Food Bar locations are already operational in the Netherlands, and last year the chain opened its in El Born, Barcelona. More Spanish locations are to follow, starting with Madrid.

Vegan Junk Food Bar is now expanding into Germany following high demand from customers and numerous franchise requests. The Cologne location will be the first of several in the country, and the franchise will also be expanding further into Europe in the near future.

The new store will be at Hohenzollernring 21-23 in the centre of Cologne, with the opening date to be revealed soon. The area is a popular shopping and nightlife zone, and the restaurant will have plenty of seating both indoors and outdoors.

Vegan Junk Food Bar offers dishes such as burgers, , and , as well as salads, nachos, pizza, and more. After launching in 2017, the franchise received extensive media coverage and soon went viral. The following year, it won two awards at the Dutch Vegan Awards.

“We love the planet and we have a strong belief that a sustainable plant-based lifestyle is the only ethical option,” says the company on its website. “Plant-based alternatives prove to have the largest benefit for the planet and our health. And of course, we know that eating junk food is one of the biggest pleasures in life. Our longtime dream turned into our #vjfbtakeover mission that went international.”