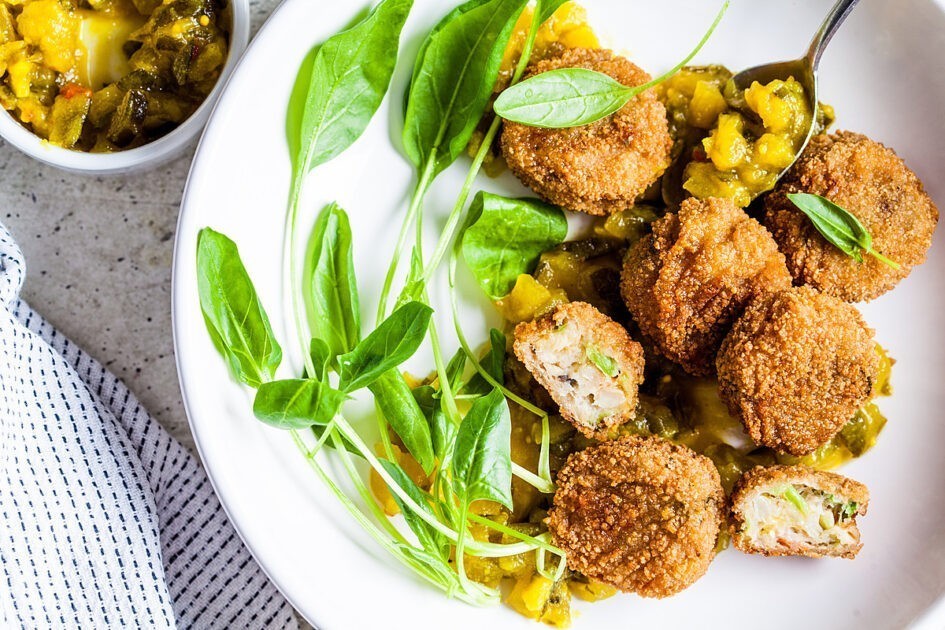 If you’ve been noticing more plant-based options on restaurant menus, it’s likely because the COVID-19 pandemic has accelerated public interest in healthier foods, according to new research. A report from AI platform Tastewise reveals that vegan meat substitutes present a $14 billion opportunity, concluding that plant-based meat is appearing on foodservice menus 1,320 percent more than before the COVID-19 pandemic.

Plant-based popularity is shifting the foodservice sector towards more sustainable and healthier ingredients, in light of both the climate crisis and the pandemic. The trend is occurring across the entire market, marking a significant shift in both restaurant sourcing and consumer demand. The report also found that 9.2 percent of restaurants in the US incorporate vegan meat in their menus. The highest percentage of vegan meat dishes can be found in Oregon, Ohio, Florida, Maryland, New York, and California.

“Responding to the devastating advance in climate change, many companies are working to reduce the significant climate footprint of the animal-farmed meat industry by innovating ways to move away from animal meat,” Tastewise CEO Alon Chen wrote. “This increase in resources devoted to plant-based meat products, combined with consumer demands for real, versatile solutions, results in a timely shift in the way we consume food. We’re looking forward to a healthier, more sustainable world of food and beverage, where we all play a part.”

Restaurants adapted to the rising demand for plant-based foods as consumers become increasingly concerns with the climate crisis. Following the UN IPCC’s “code red” regarding the climate crisis, the impact of animal agriculture has become undeniable. The Tastewise report found that sustainability motivations are increasing 58 percent year on year. Beyond that, the study shows that people are eating plant-based due to the rising concerns around climate change by 83 percent year to year.

Earlier this year, a joint study conducted by the Plant Based Foods Association and The Good Food Institute found that the vegan meat market grew twice as fast as conventional animal-based meat in the last year. The surging popularity can be attributed to the market introduction of vegan meat, especially within the foodservice sector.

“The data tells us unequivocally that we are experiencing a fundamental shift… An ever-growing number of consumers are choosing foods that taste good and boost their health by incorporating plant-based foods into their diet,” Senior Director of Retail Partnerships at Plant Based Food Association. “As this industry surpasses the $7 billion thresholds… PBFA is excited to continue our work to help build a sustainable infrastructure, including domestic ingredients sourcing, for this growing demand to expand access to plant-based foods.”

From fast food to fine dining, plant-based meat is rolling out worldwide. Across the United States, several establishments have incorporated vegan meat as regular menu items. Recently, Beyond Meat debuted its vegan chicken tenders across 400 restaurants in North America. The distribution follows the highly anticipated release of the company’s vegan chicken alternative. Accompanying the vegan chicken, Beyond already partnered with several fast-food companies including Carl’s Jr. and Dunkin’ to showcase its plant-based proteins. Most recently, the company teamed up with McDonald’s to debut its vegan McPlant burger in the UK.

In fine dining, restaurants have decided to introduce several plant-based dishes to their esteemed menus. This year, the highest food ranking panel Michelin awarded 81 stars to vegan and vegetarian restaurants. The recognition will encourage other restaurants to begin experimenting with plant-based foods, especially since the international food community is becoming more accepting of plant-based foods as an important and healthier option.

“Plant-based diets are fast becoming mainstream, but the change hasn’t been a steady one,” Global Business Development Manager at Ipsos Retail Performance Kelly Fairchild said. “Recent years have seen rapid adoption of vegan diets and more meat-free products making their way onto shelves. As the dialog around veganism shifts from one of animal welfare, to wider concerns around climate change and personal health, we are seeing more and more people adopt this once minority dietary preference.”