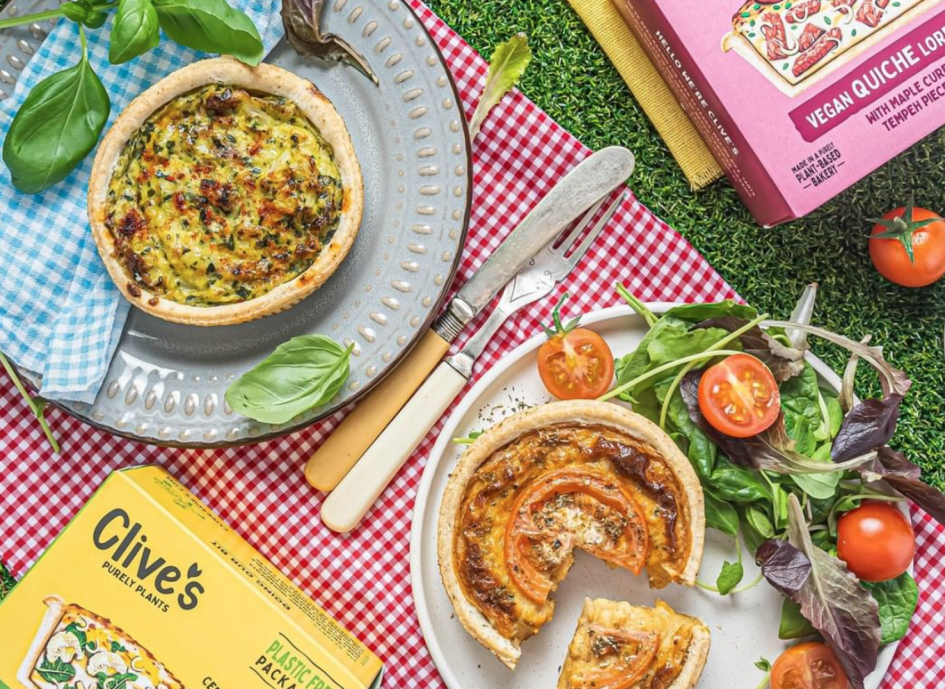 Veg Capital invests in companies working to replace animals in the food system. It operates as a not-for-profit and donates all profits to UK and European animal charities

The Devon-based Clive’s was founded in 1986 by Clive Lowe, who started the business by selling the ‘Creamy Mushroom Pie’ from his bicycle.

Veg Capital buys out existing majority shareholders Sally and Chris Carson. The non-profit fund will run the business with the Managing Director Esther Pearson, who still maintains a share in the company.

With the new funding, Clive’s will continue to expand its range of vegan pies, quiches and nut roasts, working towards increasing production by 400% to reach £10m sales.

Matthew Glover, Managing Director of Veg Capital and Co-Founder of Veganuary, said: “This is such an exciting investment for us. Clive’s offers the best of both worlds – over 30 years of invaluable experience, with all the ambition, scope for growth and enthusiasm of a start-up. This partnership has huge potential to further our mission of replacing animals in the food system, and we’re thrilled to be working together.”

To keep with demand for its products, Clive’s relocated to a new purpose-built site, four times the size of its previous location. The company brought almost 50 new jobs to the area of Dartmouth.

Clive’s currently sells to major supermarkets, including TheVeganKind, and numerous independent health food shops across the UK. The vegan pies are also exported to Australia, Dubai and the US.

The company is constantly innovating and growing its range of vegan products to satisfy the consumers interested in new plant-based food. Last year, Clive’s rolled out the UK’s first vegan Quiche Lorraine, and this month it’s introducing its first-ever Puff pastry pies. The ‘Beefy Ale Puff Pie’ and ‘Chickeny Puff Pie’ are made with seitan as a meat replacement.

Esther Pearson, Managing Director of Clive’s, said, “We’re over the moon to have the backing of Veg Capital. It marks a new era for Clive’s, one where we can continue to expand, innovate, and help shape the future of plant-based eating. We’ll always stay true to who we are, focusing on food that tastes good, and does good.”