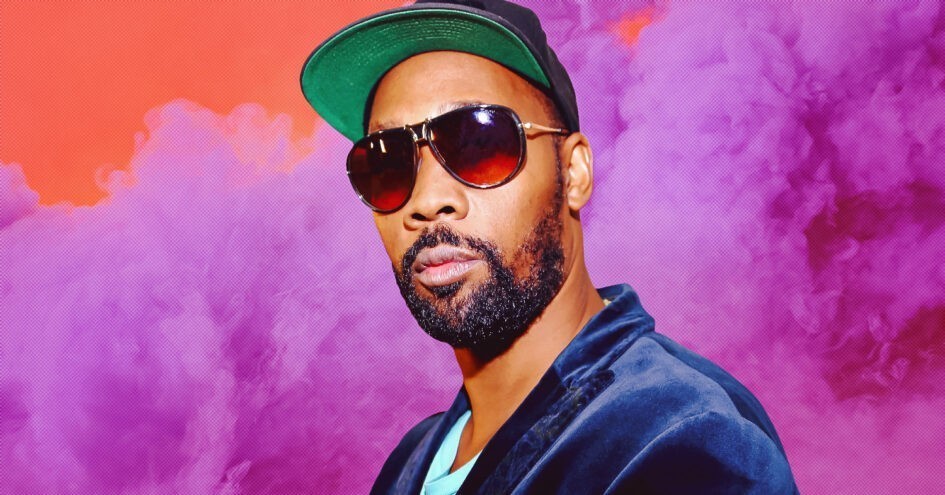 RZA understands what it means to slowly (but steadily) embrace a vegan diet. After all, the de facto leader of the rap group Wu-Tang Clan, gradually became a vegan after giving up red meat in 1995. He cut chicken from his diet in 1996, and by 2000 he’d also said goodbye to fish, as well as cheese and other animal products. As RZA sees it, he doesn’t need to contribute to the slaughter of animals and consume meat in order to live a healthy life.

Now, thanks to his new partnership with vegan cheese brand Violife, the respected rapper and record producer is launching an initiative called Plant Grants in an effort to expand access to plant-based cuisine in Black communities. The campaign, which promotes eating vegan through funding, education, and mentorship opportunities, is especially pivotal right now considering that African Americans are the fastest-growing demographic of vegans in the United States.

As RZA pointed out during a recent interview with Bon Appétit, the shift toward veganism (particularly in the Black community) is one that is still evolving, which is why he’s throwing his support behind it. “Life grows through the food we eat to sustain our bodies, so a plant-based life and balanced diet will only improve our bodies. Plant Grants supports my vision by making a plant-based diet readily and easily available,” he explained.

“This grant for Black-owned restaurants, some of which are the heart of their communities, gives them a chance to have an economic infusion, to have chefs [share] mentorship and information, and turn their best dishes into something that’s more healthy without compromising the taste,” he added.

As a man, and particularly as a Black man, RZA doesn’t buy into the notion that to be a vegan means you are not manly or, conversely, that eating meat is a sign of strength and a symbol of one’s manhood. In fact, he understands the inherent importance of separating meat from masculinity.

In imparting “a few bits of wisdom,” RZA examined what actually fuels cows and other animals humans eat for food. “A man is known to be strong, as they say, and that man eats steak for strength. Steak comes from a cow and the male cow, a bull, is a very strong animal that can grow up to around 1,500 pounds and move tons. All the cow eats is grass. All the muscles he has, all the steak, every part of him that we’re consuming, is all built from plants,” he noted.

Furthermore, RZA cites himself (and his children, who are also vegan) as evidence that a person doesn’t need meat to live and thrive. “In all reality there’s nothing that needs to die for a man to live. Everything is provided. I’m here as a living example of over 20 years of not putting dead animals in my body,” he explained

Not surprisingly, RZA is nonplussed by the stereotype that men eat and even need meat to better represent not only their manhood, but the ideal man. “There’s no flaw in not eating meat. I don’t have a flaw from it, and I’ve got children with no flaws from it,” he said. “We delude ourselves into thinking that the only means of survival is for something else to die.”

Now, at least to RZA, strength means developing the consciousness and awareness to buck against these dated notions of masculinity. While he notes there was a point in life when eating meat was a necessary “sacrifice,” that time has passed. “Today we actually breed animals and kill them more for pleasure versus necessity. I think that consciousness is growing and Black men are saying to themselves, ‘Yo, I don’t need it. I feel better.’ I think we are getting away from it being stereotypically uncool to be healthy,” he said

The idea of separating meat from masculinity has the power to be especially impactful for Black men. For example, a 2006 study found that high consumption of cooked processed meats

may contribute to prostate cancer risk among Black men in the United States, but no such risk was found among white men.

Additionally, veganism has also been shown to reduce the risk of developing chronic illnesses such as diabetes and high blood pressure, which are particularly prevalent within the Black community in the United States. According to the U.S. Department of Health and Human Services, African American adults are 60 percent more likely than non-Hispanic white adults to be diagnosed with diabetes by a physician.

Hip-hop music has served, in part, as a way to separate meat from masculinity, with RZA and other luminaries leading the way in making the vegan diet more accessible and acceptable for all.

“You see some of the hip-hop heroes being conscious of their diet and sharing it in their lyrics and in their lifestyles because there’s truth to it,” RZA declared. “There’s a truth to it, that on this planet that’s full of plants, you could flourish and be nourished from that plant.”

According to Wu-Tang Clan member Jason Hunter (AKA “Inspectah Deck”) 80 percent of the Grammy-nominated group is now vegan. KRS-One, a rapper who famously wrote a 1990 song called “Beef” about the pitfalls of eating meat, is also plant-based, as is Russell Simmons.

And Jay-Z—one of hip-hop’s biggest names—has embraced a vegan diet in the past and continues to invest in a bevy of plant-based companies such as Partake Foods, which makes vegan cookies, and Simulate, which produces plant-based chicken nuggets.

In a statement released back in 2019, Jay-Z and wife Beyoncé showed their support for a meat-free eating regime. “The benefits of a single plant-based meal a day can have such a profound impact on our health and the environment,” the pair said at the time. “We want to challenge you as we challenge ourselves to move towards a more plant-based lifestyle.”

Samantha Leffler is a writer and editor who writes about food, health, and entertainment. She was previously the Food Editor at Us Weekly. Her work has appeared in BuzzFeed, MarthaStewart.com, FoodNetwork.com, Cosmopolitan, The Hollywood Reporter, and other outlets.