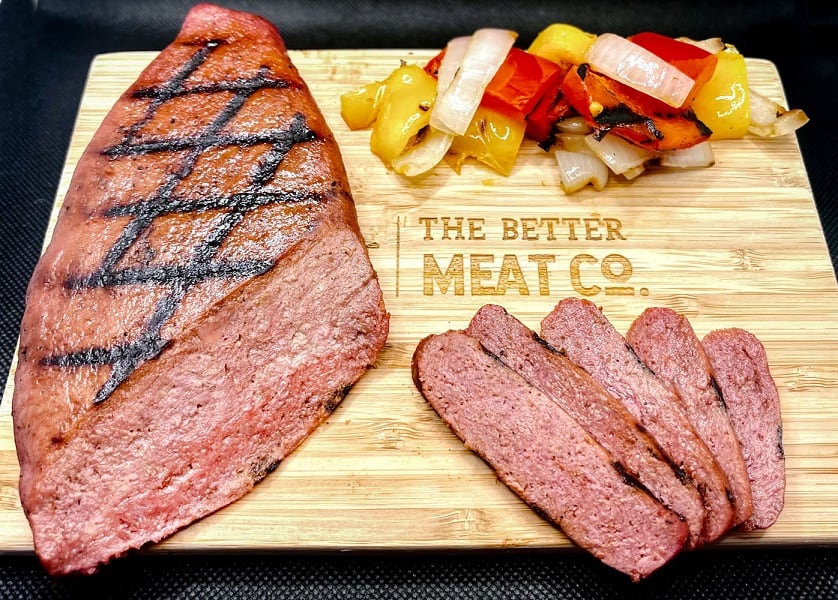 Diners in Sacramento, CA, will have the opportunity this Saturday to enjoy an animal-free steak in a traditional American steak house. In a one-off event, Bennett’s American Cooking will serve a Rhiza mycoprotein steak made by the .

“The steakhouse owner was skeptical until he tried the Better Meat Co. mycoprotein steak, after which he declared it the best-tasting alt meat he’s ever had” – Paul Shapiro, CEO

After to produce Rhiza – the company’s new mycoprotein superfood ingredient – the Better Meat Co is primarily focused as a b2b producer. CEO Paul Shapiro convinced the owner of Bennett’s American Cooking steakhouse with a tasting of the plant-based meat and the brand claims it is the first time a vegan steak has been served in an American steakhouse.

The in the US was valued at $149.6 Million in 2020 and continues to see global growth and is estimated to reach a 21.8% share of the global alt protein market. Not only the US but Canada, Japan, China, and Europe are driving the 6.4% CAGR estimated for this segment, with these markets accounting for a combined market size of $510.5 Million in the year 2020.

“We’re using the power of fermentation to make the most succulent animal-free meats you can get. In fact, the steakhouse owner was skeptical until he tried the Better Meat Co. mycoprotein steak, after which he declared it the best-tasting alt meat he’s ever had,” CEO Paul Shapiro told vegconomist.