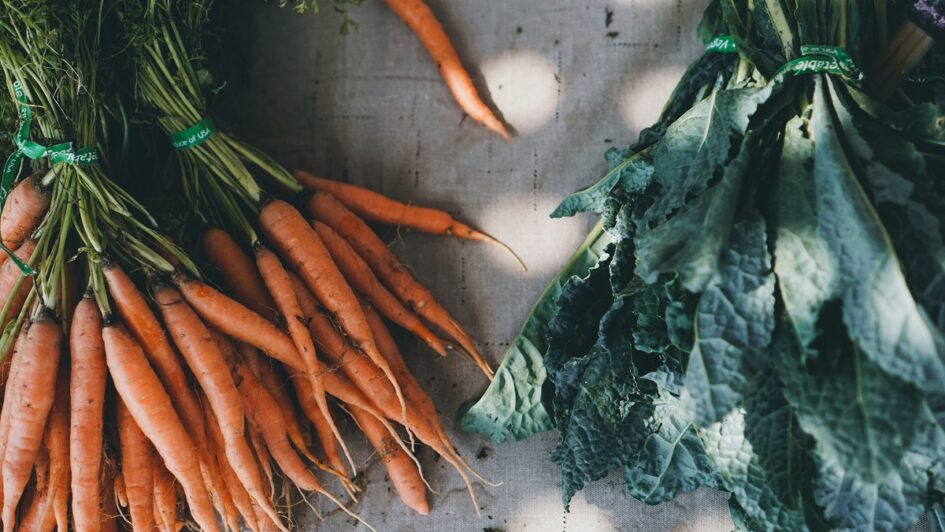 What will it take to make our food system truly animal-free? In this blog, we explore the principles of ‘veganic’ farming.

The cruel practices involved in animal agriculture and the havoc it wreaks on the environment are becoming more widely understood. More people than ever are trying vegan to prevent animal suffering and protect the environment, and Veganuary 2021 saw over 580,00 people embrace plant-based life.

However, it’s revelatory to discover that much of the “vegan” food we eat has been produced using animal by-products such as manure. But what alternatives are out there?

Fortunately, there is a solution in the form of veganic (“stock-free” organic) agriculture: a ‘closed-loop’ form of growing that mimics the natural world by using no inputs from animal agriculture and no agrochemicals.

In a natural habitat, such as a patch of native woodland, everything grows in healthy abundance and balance. We don’t have to worry about lethal, excess nutrient run-off into water ways, or the release of harmful greenhouse gases into the air, nor do we think that a few trampling, pooping farmed animals in there would make things even better! Nature has it covered. This is this system that veganic farming aims to replicate.

A Growing and Thriving Network

Tolhurst Organic farm in England is living proof of the power of veganics. “Stock-free” organic for thirty years, they produce more than 120 tonnes of vegetables a year from just nineteen acres, supply 400 families, and pay five full-time staff a living wage. Their carbon footprint is on a par with that of an average family household. Lazy Meadow Farm is another British farm embracing the veganic values.

The Biocyclic Vegan Standard (BVS) certifies farmers and growers throughout Europe and Canada. From cereals to beans, oranges to vineyards, and vegetables to olive groves the network of certified BVS producers is growing weekly. Laurence Candy, a farmer in transition from organic beef and dairy to veganic cereal growing, will be the first UK farmer to certify with the BVS.

For more information, visit Farmers For Stock-Free Farming and Vegans for Veganics.

How to deal with bugs without killing them as vegans