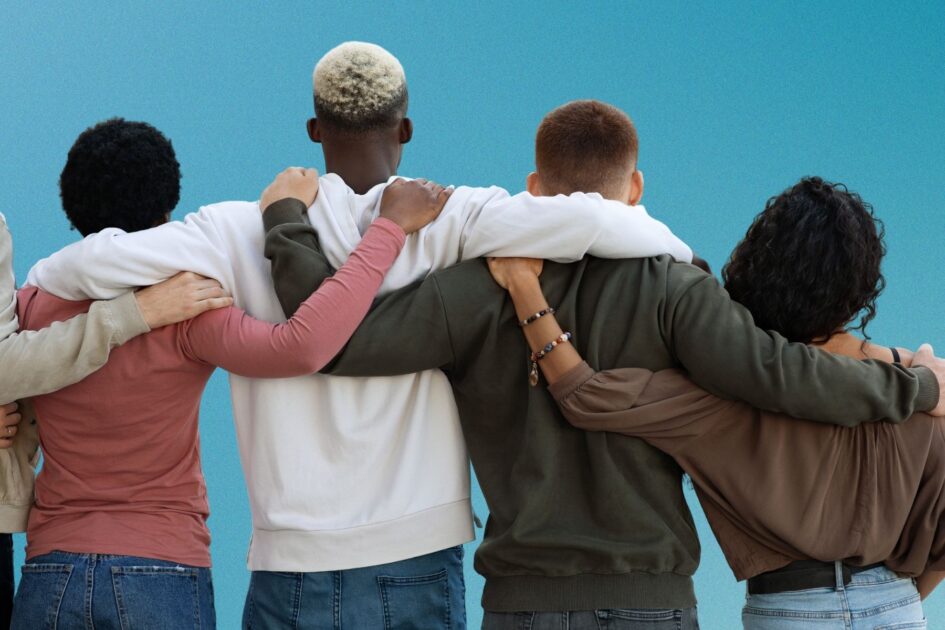 On Day seven of our global food justice project, we are in France, where we aim to show that our movement is based on compassion.

It is well-known that veganism is often highly motivated by compassion for the animals that are trapped in dreadful factory farms and slaughterhouses. Ironically, this noble and deeply benevolent feeling can sometimes be mocked or denigrated. In response to the myth that they only care about animals, vegan activists are used to referring to the wise words of French author Alphonse de Lamartine: ‘One does not have one heart for Man and one for animals. One has a heart or one does not.’

This quote says it all. As vegans and aspiring vegans, we value compassion for all sentient beings, non-humans and humans alike. This means we open our hearts to abused animals in the same way we open our hearts to all people who suffer from all kinds of personal struggles, including marginalized communities who also suffer from systemic oppressions, from ableism to xenophobia to environmental racism. Aiming to show compassion for all sentient beings, is also inclusive to factory farmers and slaughterhouse workers, who are victims of our violent and unjustifiable food system too. To feel compassion for all beings is to understand that no one deserves unnecessary suffering.

We can also express compassion for future generations, all the inhabitants of our planet, humans and non-humans, who will suffer the consequences of climate change. Because if we do not have compassion for the victims to come, those who will be the most affected by the climate crisis that we are currently driving, what will motivate us to stop our destructive behaviors?

Acting In Solidarity With Refugees

The difference between empathy and compassion is that while empathy functions as a simple mirror of another’s emotions, compassion implies a feeling of benevolence, with a willingness to help the being who is suffering. In other words, compassion is what drives us to engage in solidarity. This is why our team in Paris is partnering this month with Solidarité Veggie Resto, a compassionate initiative led by Oumy HK and the Afro-Vegan restaurant L’Embuscade Pigalle. It provides vegan meals to the organisation Les Midi du MIE, which supports dozens of isolated minor refugees in Paris. These young refugees from West Africa face a contentious situation with the authorities, and pending an assessment of their minority status, they are left without legal status and without access to child welfare services. Although modest, our contribution is a way to act in solidarity with them while highlighting the work of the volunteers who show solidarity all year round.

In the bigger picture, we believe that vegan food solidarity empowers us to fight injustice without contributing to other forms of oppression. We believe that veganism is fueled by compassion, and that full-spectrum compassion is what we need to make the world a better place.

What is Veganism & What Does It Mean To Be Vegan?

Veganism Is Hope (And Light)

Veganism Is About Justice