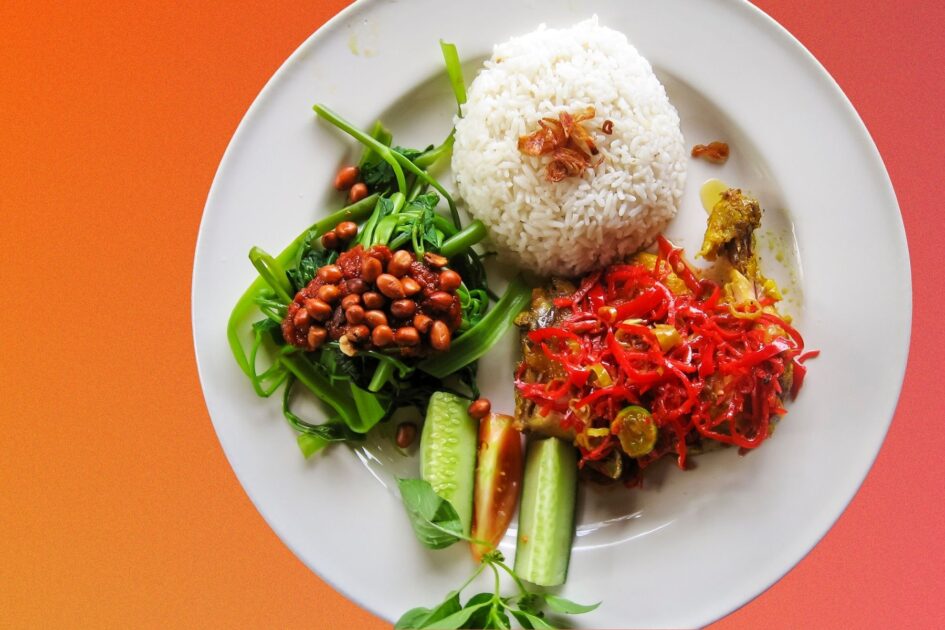 Today is the last day of our two-week food justice initiative, and we are in Indonesia with animal rights advocate and vegan educator Seb Alex to show just how impactful a vegan diet is.

Every day, the individual choices of every single person, all around the world, affect the lives of countless animals who are bred to be exploited and killed. But just as we can impact their lives negatively, we can make food choices that have a powerfully positive impact, not just on the lives of farmed animals, but on wildlife, wild places, the climate, our health and global public health, too.

As vegan animal rights activists, we seek to raise awareness about the harm done by animal agriculture and to educate people on how changes to their daily habits can reduce harm to other animals, the environment and their own health. Although we need system change all around the world, we cannot forget that a system is made up of individuals, and the decisions of every individual have an impact.

For this reason, Seb and other vegan activists will team up with Crisis Kitchen, which works with local communities and partners in Indonesia to get essential items to people most severely impacted by the pandemic. Around 80 percent of the province’s local economy relies on tourism, and with the sudden end to visitors, many people were left in difficulties. At least 2,667 people who work in the tourism sector have lost their jobs, while 73,631 people have been forced to take unpaid leave. The pandemic – caused by humans’ treatment of animals – is having a devastating impact on the lives of countless families. We aim to showcase a better way!

The food we’ll be sharing is grown locally and organically, is prepared by locals and packaged in banana leaves – a cheap, compostable, sustainable and practical alternative to plastic!

We are planning to distribute food to at least 1,000 people with the help of Crisis Kitchen, which already has extensive data on which neighborhoods and families are most affected. We will also distribute leaflets about vegan diets, animal rights and their importance.

We hope to show people that whenever we are able to choose vegan foods, this choice has an incredibly positive and far-ranging impact on our health, the environment, on animals and on our future together.

Veganism Is The Future