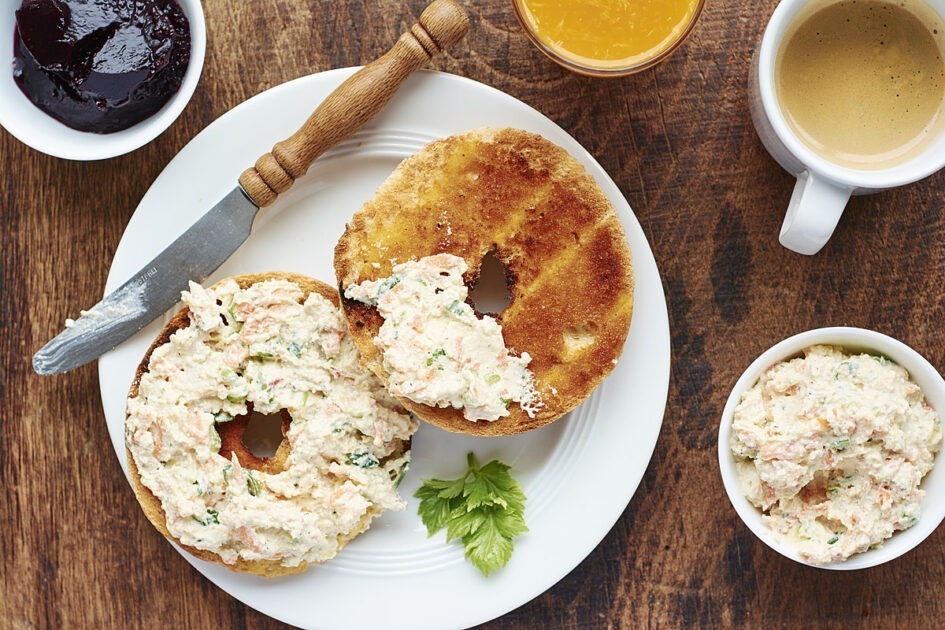 We all have an Achilles heel food—a comforting dish, snack or dessert that we love dearly and eat so regularly, it becomes inseparable from our daily routine. Growing up in a predominantly Jewish community, mine has always been bagels: A toasted everything bagel slathered in a generous (and boy do I mean GENEROUS) helping of scallion cream cheese, cut in two (a crucial step bagel shops often miss: there’s just something about seeing the cream cheese cross-section that is particularly satisfying).

And now that there is a cream cheese shortage in New York, of all places, we thought it would be helpful to remind you that you can get delicious dairy-free cream cheese that’s just as good as the real thing.

So you can imagine my first concern before dipping a toe into veganism was primarily bagel-based. Where could I wake up on Sunday and grab a delicious, fluffy, bagel, slathered with plant-based cream cheese? From a quick google search, nowhere nearby. New York and New Jersey bagel shop owners alike looked at me quizzically when I asked if they had any non-dairy cream cheese, shrugging and suggesting that I try butter instead.

For all the Beet Meters, check out the best vegan products.

After a few interactions like this, it was abundantly clear that I was going to need to arm my fridge with tubs of vegan cream cheese since nobody in any local deli or breakfast spot seemed to know what the hell I was talking about. So I set out to my favorite bagel shop, ordered half a dozen of my favorite flavors: Two everything, two jalapeño and two cinnamon raisin (all vegan—make sure to double-check your local spot doesn’t add milk or eggs to any recipe) and got ready to test five vegan bagel spreads, to decide the ultimate winner, and what would be my go-to brand from now on. In this taste test, I tried Miyoko’s Sensational Scallion Vegan Cream Cheese, Kite Hill Everything Cream Cheese, Violife’s Just like Cream Cheese, Tofutti’s Better than Cream Cheese, and Daiya Plain Cream Cheese Style Spread. While this test is in no way scientific and is totally subjective based on your personal taste, we’ll help steer you in the right direction. 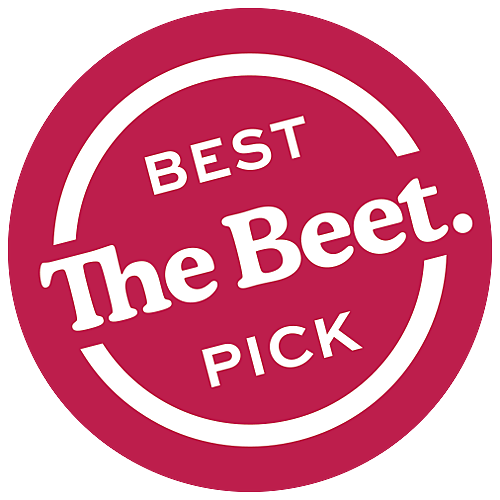 Wow. This stuff is the real deal: texture, appearance, taste, and slight inclination to melt. Violife’s Just Like Cream Cheese Original leaves almost nothing to be desired, besides maybe a larger tub. Creamy, smooth and spreadable, this has none of the grainy texture or watery formulas that other non-dairy cream cheeses often have. Mix in sriracha hot sauce or scallions and this easily becomes flavored cream cheese, although Violife also carries a garlic & herbs flavor, which I have yet to try, but would assume is just as great as the original.

This one was a pleasant surprise; I had written off the Daiya because I don’t typically love its cheeses but was delighted after taking a bite out of my third bagel to find a sweet, creamy spread that did a pretty good job of mimicking the original dairy spread. Surprisingly sweet, as if it had a dash of vanilla in it, this cream cheese is a perfect companion for a cinnamon raisin bagel or anything you want to add a hint of sweetness too.

When I saw Miyoko’s Sensational Scallion sitting on the Whole Foods shelves, I got goosebumps. One of my favorite brands making my absolute favorite flavor? It appeared to be a collaboration for the ages. But with great hopes come great disappointments (that’s the saying, right?) and this one sure did disappoint. While this formula was a little heavier and harder to spread than the others, it was the taste that left something to be desired. Strangely, the most overpowering flavor was a lemony citrus taste, masking even the divine savoriness of the scallions. I found when I mixed equal parts of Miyoko’s Sensational Scallion with another plain cream cheese it evened out this zingy, acidic taste and was far more pleasant. Next time, I might try to mix chopped scallions into my favorite cream cheese instead of buying this pre-made option.

The texture, while pleasantly whipped and spreadable, is grainy, and the everything seasoning got lost within the tub. The taste wasn’t terrible, it just didn’t taste like cream cheese; the texture is more reminiscent of a creamy hummus. I still finished this tub by dipping various crackers and breads into it, but it didn’t serve the original purpose on a bagel, although it was quite delicious as a spread on crackers or sandwiches.

Tofutti is probably the most widely available cream cheese, so it’s likely the non-dairy cream cheese served in most bagel spots that actually carry non-dairy options.  This spread is a muted beige and slightly grainy, and its tofu roots definitely don’t go unnoticed. While this spread is by no means bad, and I would use it in a pinch when I didn’t have the Violife readily available, there is something about the aftertaste that I’m not sold on. Almost playdough-y, there’s a distinct bitterness that comes through after the bite.

The Bottom Line: When it comes to comfort foods, it can be hard to find plant-based options that feel like they fill the void left after eliminating animal products. Luckily, in my experience, our taste buds adapt to a plant-based lifestyle, and things that may have tasted far from similar to their animal-product predecessors end up tasting nearly identical to the “real thing” after 1-2 months of going entirely plant-based.

New Jersey Bans The Sale Of Cosmetics Tested On Animals