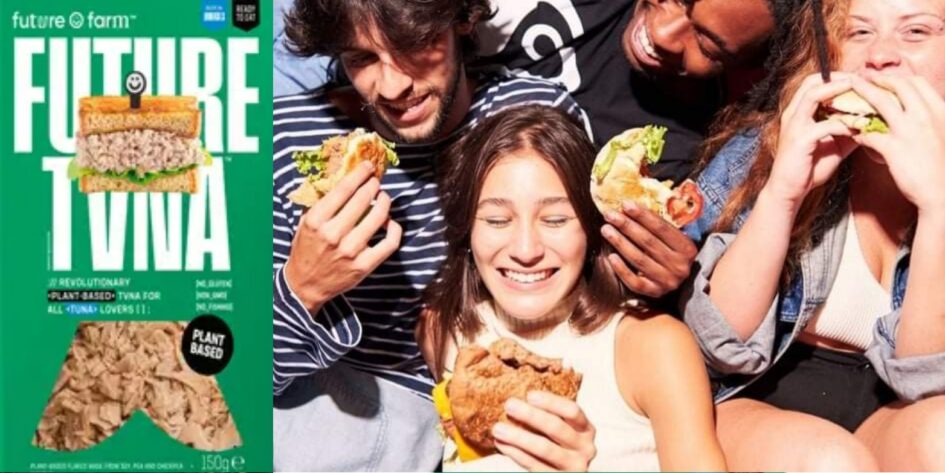 Future Farm recently released a new vegan tuna, and we gave it a go!

Future Farm’s vision is a world where people choose to eat meat from plants, not animals and with the release of their new FUTURE TVNA and FUTURE CHICK’N in Sainsburys this week they are clearly showing people that to live vegan is the way forward.

We tried the TVNA and made an EPIC vegan tuna mayo sandwich with it and really loved it.

The texture is not quite tuna like, but it’s definitely the most similar than any other tuna alternative that we’ve found.

As well as being 100% vegan, future farm are also completely gluten free, which is often rare with a vegan company now, as a lot of meat alternatives are made using wheat gluten.

The above vegan tuna would also be really great for a jacket potato topping, or even a pasta bake.

The other Future Farm products are meatballs, sausages, burgers and mince and we love them all!

Have you tried any of these products? What did you think? What would you do with the FUTURE TVNA?

We Went To Norwich’s First Vegan Döner Kebab Shop, And This Is What We Thought…

We Try Vegan Toblerones And This Is What We Thought