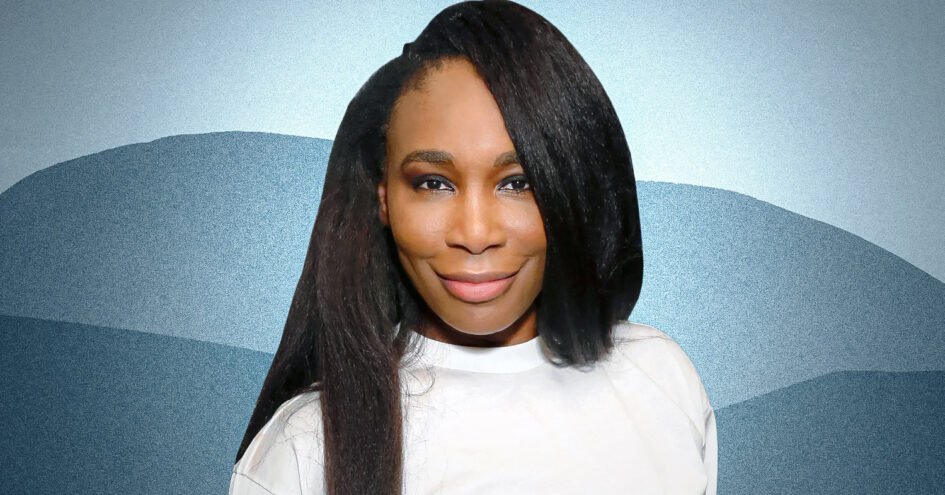 When talking about tennis superstar Venus Williams, it’s hard to use anything but superlatives. She’s one of the greatest tennis players of all time, having won seven Grand Slam singles titles, 16 Grand Slam doubles titles and four Olympic gold medals. She’s also a best-selling author, NAACP Image Award recipient, and was the driving factor in achieving equal pay for female tennis players (among countless other professional and personal achievements). And Williams’ latest focus has been on wellness.

Williams is an outspoken advocate on mental health and physical wellness, having invested in companies that promote therapeutic massage, natural skincare, access to mental health services (sponsored in part by the Women’s Tennis Association), and brand-building for sustainable consumer goods.

Along with celebrities Lady Gaga and Michael B. Jordan, Williams was an early backer of the WELL Health-Safety seal founded by health and wellness-centric real estate company Delos to promote safe return to indoor sports and music venues, and she’s loaned her image and platform to plant-based nutrition brand, Happy Viking.

A longstanding advocate for professional athletes’ overall wellness, Williams’ recent op-ed in the New York Times addressed the importance of mental health among her peers.

She shared her personal experience with separating her physical and emotional health in order to strengthen each one properly, citing fellow athletes Naomi Osaka, Simone Biles, and Michael Phelps, who have all gone public with their struggles and taken well-deserved time away from the pressures of playing and living in the spotlight.

“​​It doesn’t matter who you are. You need support,” Williams says candidly in the op-ed. “You can’t divorce mental health from anything you do. It impacts your physical well-being, your decision-making, your ability to cope with difficult moments.”

Adapting a plant-based diet for health

Williams is no stranger to the complexities of optimal wellness. In 2011, she was diagnosed with Sjogren’s syndrome, a little-known autoimmune disorder that causes chronic, painful dryness of the eyes and mouth. Sjogren’s left her feeling too ill to play professional sports.

“Just waking up was so uncomfortable, so Serena recommended a [nutritional] clinic, and my whole family became vegan. I felt very supported,” Williams said during a Q&A at a Brooklyn media event for Happy Viking.

Although Williams is embarking on her second decade of a plant-based lifestyle, she’ll be the first to admit it’s still not always easy.

“I’m a chea-gan,” she admits, “I cheat, but I do my best and get back on. If you fuel better, you will feel better, and I truly believe that.”

For those considering a plant-based diet, Williams has some advice: “Start with one meal and work your way up to 80/20: 80 percent plant-based, 20 percent everything else.” And the silver lining? “I haven’t met a French fry that’s not vegan.”

We sat down with Williams after a smoothie tasting (spoiler alert: they’re delicious) to talk more about her journey to recovery, how plant-based eating has transformed the way she thinks about wellness, and the way we talk about mental health.

Can you tell me about a low moment while you were recovering from your illness, or a day you woke up and felt completely transformed?

I still don’t think I feel completely transformed. I know some people do, and I want to be that person, but I’m not. I’m human, very human. Besides being plant-based, I try to be gluten-free too. The bloat I can’t handle, it’s a real thing, especially in a tennis skirt. But there are places I travel where I can’t eat gluten-free, so when I come home to where I can be, literally that day I stop [eating gluten] and it’s hard. Not every day is my best day, but most days are, so I congratulate myself on that.

Have you ever convinced another athlete to convert to a plant-based diet? How easy or hard was it?

I haven’t, but I’ve had tennis players and other athletes ask me how I did it, how did I feel, what are my recommendations? It feels nice when they ask because when you have the knowledge, it makes you want to do right by them. Some people just go plant-based because it’s a trend and they don’t have the knowledge behind it.

My mom doesn’t really like meat, for example, so growing up I had a role model who was always eating plants and vegetables. That’s just how we ate, so I had a good base. Other people aren’t coming from that, so it’s more challenging. If you have the knowledge behind the “why,” it helps you get to a place where if you slip up, you can just say, “I don’t want this to be my life,” and get back to where you want to be.

Which plant-based athletes inspire you?

Tom Brady—I love him, he’s amazing, and I support everything that he does. He’s also doing a plant-based and supplement revolution. What a guy! And also, [Formula One racing driver, animal rights activist, and fellow vegan] Lewis Hamilton.

Have fans and followers reached out to you with their own stories of mental health struggles and triumphs?

It encourages me when people reach out, because everyone’s going through something, right? When you’re going through something yourself, it helps you sympathize more with the world around you and with other people’s experiences. Just being able to talk about it, in whatever form that is, helps others—which also helps me. It’s all just a therapeutic circle.