What Are The Fundamental Rights In The U.S. Constitution? 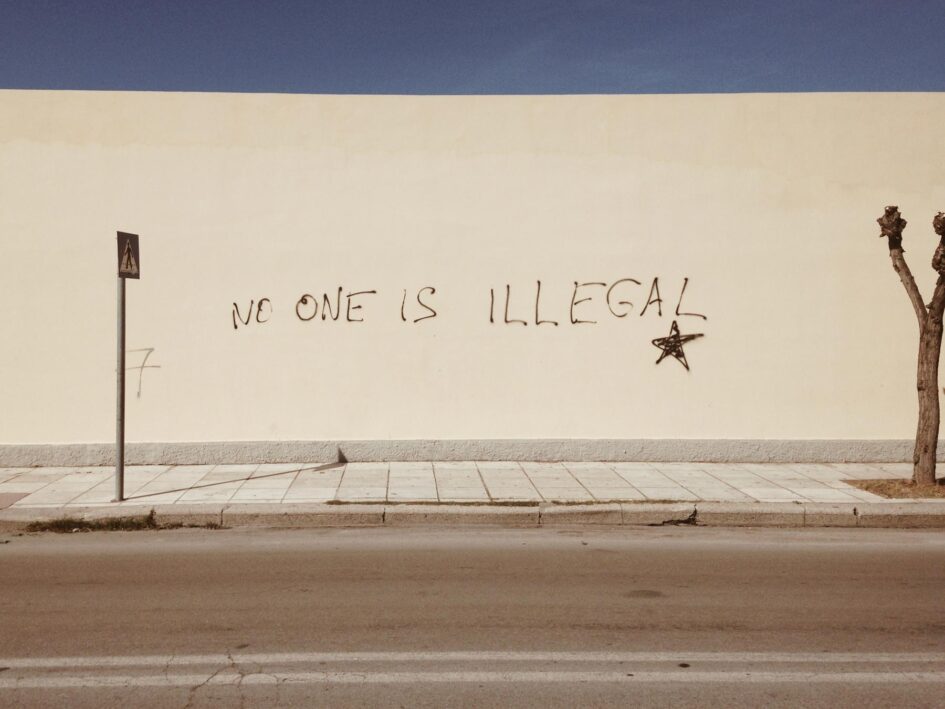 As vegan activists and advocates, we can easily recognize the violation of freedom and rights that animals experience as a result of human actions. We act against injustices, demand institutional change, and do our best to exist in harmony with other animals. We believe that most passion for change comes from an intolerance to injustice and from a place of deep care for non-human species on this earth. Collectively, we’ve got so much power and drive to create a better global society for animals and we truly exercise that power in an inspiring way. At the same time, we believe our movement can lack the same hunger for liberation when it comes to human-related issues. Violence towards humans is still very much present everywhere in the world. We experience it in the form of beatings of Cuban civilians by law enforcement during anti-dictatorship protests. We experience it in the form of journalists being incarcerated in Myanmar for reporting the human rights violations committed by the government. We experience it in the United States where 2021 marked the year with the highest recorded number of murders of transgender and non-binary people. Woefully, this list could go on for a while.

It’s saddening to see such separation in movements that have opportunities for collaboration and mutual solidarity. Do we, as vegans, not recognize that the fight to dismantle speciesism is also related to the fight to dismantle other systems of oppression that violate human rights? What is missing for us to connect the dots and start supporting other movements? Of course, we can say the same thing about other movements joining the animal rights space. However, as a vegan NGO, we hope to call in our community. Our ability to fight for the rights of animals should not be compartmentalized in a specific activist box in our brains that prevents us from joining other movements. It’s not an either/or situation, but rather a both/and. The fundamental human rights of every person need to be respected and we have an active role to play in that. Perhaps examining the concept of fundamental human rights with a critical lens can help us understand the commonalities between human and non-human animal exploitation. Even better, perhaps it could lead us to a place where we can discuss the use of fundamental rights in application to non-human animals.

What Are Fundamental Rights?

What Is The Importance Of Fundamental Rights?

Having fundamental rights is at the core of being able to live our lives with freedom, respect, and dignity within the boundaries of a governmental structure. They give us security in knowing that we can fight against the violation of our rights. They give language to concepts that are intangible, but we know are basic to our existence. They give room for conversations surrounding the exclusion of other rights as fundamental. We can be, think, and act because of our fundamental rights.

What Are The Fundamental Rights In The U.S. Constitution?

The Bill of Rights and the Fourteenth Amendment include fundamental rights. Some of those are:

In some ways, fundamental rights have also been flawed and not inclusive of all. For many people, being who they are has either not been protected or has been against the law. For example, in the United States, it wasn’t until 2020 that gender identity (one’s own perception of their gender) and sexual orientation became protected classes under Title VII. This meant that institutions and individuals could have discriminated against people on the basis of their gender identity and/or sexual orientation without any potential consequences. Fundamental rights can be extremely useful once achieved, but it’s taken years to get to where we are and it’ll take countless more for our society to achieve justice for all minoritized groups.

What Are The Fundamental Freedoms?

The First Amendment to the United States Constitution lists five freedoms that anyone, regardless of age or citizenship status, is awarded in this country:

We know that freedom does not look the same for non-human animals. However, discourse regarding fundamental rights and freedoms that humans have can help us think about who and what are not protected under these laws. It could lead us to think about how the concept of fundamental rights and freedoms could and should be extended to non-human animals. While in some ways it may be difficult to really get at the core of this without being able to speak the same language as other animals, we can agree that they should also be given the same unalienable rights to “life, liberty, and the pursuit of happiness” that humans are entitled to according to the U.S. Declaration of Independence. What could those rights and freedoms for animals look like? Do we need to create separate laws for non-human species? Or is it an opportunity to challenge the western idea that humans are separate from non-human species and our environment? It’s time to imagine our future when we see humans as part of and not the center of this planet.

Patriarchy. Supremacy. Colonialism. Those are ideas practiced by people in power that have shaped societies around the world, contributed to the erasure of indigenous peoples’ cultures, created extractive economies, and intentionally assigned more value to the lives of some more than others. Whether we are talking about xenophobia, classism, ableism, fatphobia, sexism, racism, genderism, homophobia, transphobia, religious oppression, or speciesism, we are talking about systems of oppression that were put in place by the same people in power.

For example, in many nations around the world, factory farming is considered to be a product of British colonization. Colonization and supremacy are also responsible for the enslavement of Black people across the globe as well as the idea that gender is binary (many indigenous communities have existed for years without a binary concept of gender). Because of this, to liberate one minoritized group is to liberate all groups. If our efforts are solely centered on one community, then perhaps what we’re seeking is privilege and not liberation. Though experiences vary across minoritized groups, it’s the commonalities that can really help us uplift all of our communities.

When we begin to question our level of social responsibility in ensuring that the fundamental rights of all communities are protected, we can then begin to imagine what a decolonized and non-violent future for all could look like. It’s crucial that we continuously engage in a reflective process of our actions. We must also own the power we have to call in our vegan community to always do better by applying an intersectional approach to our work. We can challenge the status quo in vegan spaces to further think about our collective healing and resilience with all living beings involved. We need to protect our rights and continue to fight for our government to recognize and increase the rights of all human and non-human communities alike.