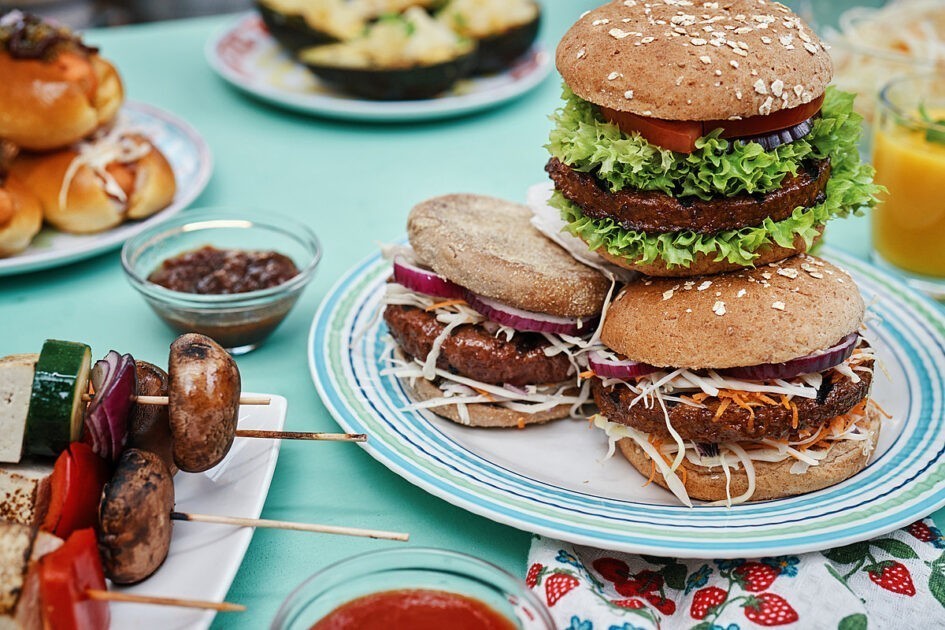 Cultured meat is coming, and all signs point to it becoming one of the biggest revolutions in the modern food industry – for two reasons: It could seriously disrupt animal agriculture, and it promises to alleviate most of the harmful impact of meat production on our environment.

It was 8 years ago that the first cultivated meat burger was introduced on live television. Now more than 60 companies in six countries are working to produce cultivated meat, according to the Good Food Institute. Cultivated meat is that grown from animal cells in the lab, or eventually a factory. Yet while this type of cell-based meat production might be good for the animals and better for the planet, is it actually healthy? And how does it stack up nutritionally against regular meat or plant-based meat alternatives?

Cultured meat has been called many different names in its short lifespan, including clean, synthetic, and lab-grown meat. No matter the label, they all refer to the same thing, essentially a product that’s been grown from the cells of animals. “Cultured meat is produced from animal cells that profligate in a medium in which they can grow to an abundance that they create enough ‘meat’ for people to eat,” says Dana Hunnes, Ph.D., M.P.H., R.D., adjunct assistant professor at the UCLA Fielding School of Public Health, and senior dietitian at the UCLA Medical Center and author of Recipe for Survival.

Because it involves animals, at least at the outset, cultured meat is not considered strictly vegan. Yet vegans probably aren’t the target audience for this new type of protein product. “It’s designed for individuals who still want the feel, taste, and sensation of eating real meat,” explains Hunnes, “but who want to do so in a more environmentally friendly or humane way,”

The environmental advantages of cultured meat

There are measurable environmental advantages of producing cultured meat. Animal agriculture is responsible for an estimated 14.5 percent of manmade carbon emissions that contribute to climate change each year (and perhaps up to 25 percent by some estimates), making raising animals more deleterious to our planet’s health than the combined transportation sector altogether, Hunnes says.

Additionally, animal agriculture is contributing to deforestation of the Amazon rainforest (to grow feed for animals) and polluting waterways, as run-off from concentrated animal feeding operations (CAFOs) makes its way into the watershed. When thousands of animals live in small confined areas, their waste washes into neighboring streams, rivers, and oceans, where dead zones form.

Cultured meat, while factory-made and grown, has a significantly lighter load on the earth. According to a life cycle assessment by CE Delft, when compared with conventional meat, cultured meat is estimated to cause up to 92 percent less global warming and 93 percent less air pollution and use up to 95 percent less land and 78 percent less water.

“Cultured meat, if enough can be produced to satiate the appetites of humans, would significantly reduce the number of animals needed to be reared and the amount of feed for these animals, which would divert hundreds of millions of gallons of water and hundreds of thousands of acres of land to foods for humans versus animals, even rehabilitate wildlife that desperately needs these lands,” Hunne says.

“Plus, by planting more trees, plants, and other vegetation, more carbon would be pulled out of the atmosphere, which, if enough is pulled out, would cool the planet,” she adds.

While cultured meat is obviously better for the planet and animals, the question is whether it’s nutritionally healthy for humans, especially when compared with conventional meat.

For starters, it would be wrong to call cultured meat healthy. “It’s still basically animal meat so it will have the same type of fat, protein, and nutrients,” explains Ginger Hultin, M.S., R.D.N., Seattle-based RD, founder of ChampagneNutrition and author of How to Eat to Beat Disease Cookbook.

Like conventional meat, the only ingredients in cultured meat are muscle and fat, and that raises some red flags. “My concerns are the same as my concerns for people eating regular meat, as cultured meat will still have saturated fat and cholesterol, which could increase the risk of chronic diseases,” Hultin says.

Yet depending on how it’s grown, cultured meat could potentially be modified so that its nutritional profile is healthier than conventional meat. “You could conceivably make it high in omega-3 fatty acids or other types of vitamins and minerals, but like traditional animal meat, it will depend on what it’s ‘fed’,” Hultin says.

Nutrition aside, cultured meat does come with a major health benefit over conventional meat that should be noted, especially given the pandemic. Because it’s grown in controlled conditions and without antibiotics, cultured meat could minimize foodborne illnesses and other diseases transmitted by animals. The CDC reports that three out of four new or emerging infectious diseases in humans come from animals.

There may be another advantage to cultured meat, which is helping to reduce hunger. “Because cultured meat production could be less expensive than traditional farming, thus making it more accessible, it could feed so many more people around the world who don’t have access to protein or enough calories,” says Ginger Hultin, M.S., R.D.N., Seattle-based RD, founder of ChampagneNutrition and author of How to Eat to Beat Disease Cookbook.

The future of cultured meat

Don’t give up eating whole-food plant-based meals made from vegetables, fruit, legumes, whole grains, nuts, and seeds, as cultured meat isn’t in the US yet. Right now Singapore was the first country to greenlight the sales of cultured chicken, back in 2020. Experts expect that cultured meat will be available in American restaurants and stores in the next two to five years.

When it comes to the market, adding cultured meat into the American diet could mean that more people are willing to give up actual animal products, which would throw a lifeline to our planet. After all, if it could scale up rapidly as it becomes more affordable, as experts believe it will, meaning cultured meat will fit into what Hunnes calls our recipe for survival.

“In the United States, meat is a commodity, not something we need for good health, and in fact, it’s harmful to health,” she says. “If we can reduce live-animal meat consumption in first-world countries so it’s not needed, we will do much good for the environment.”