What To Eat To Heal Leaky Gut Syndrome, From Dr. Steven Gundry 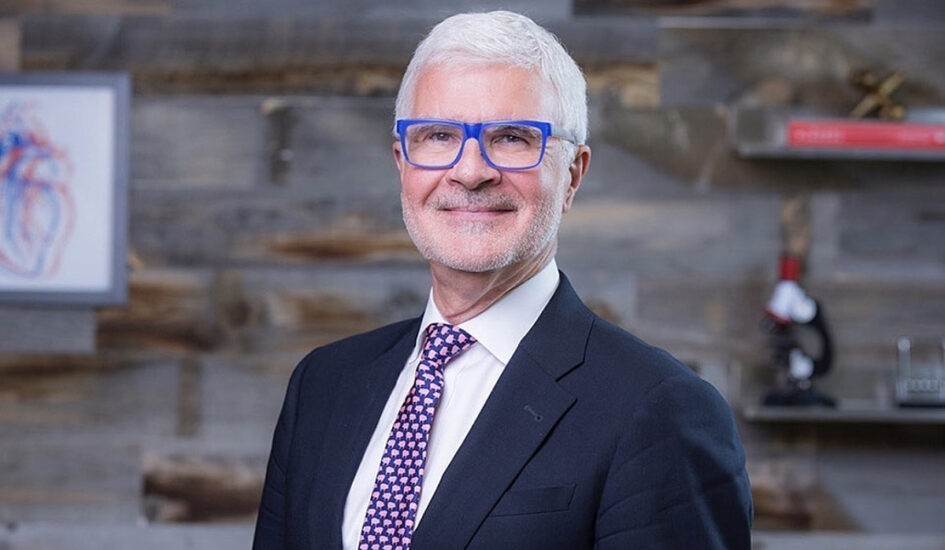 Dr. Steven Gundry has written several best-selling books including The Plant Paradox, The Longevity Paradox, and The Energy Paradox, to help anyone who thinks they are eating healthy – but is still gaining weight, feeling low-energy, bloated, or suffering from myriad symptoms like leaky gut syndrome that, no matter how many salads and green smoothies they make, just don’t go away.

Dr. Gundry will patiently yet persistently (and clearly) explain to anyone who will listen that he believes that not all plant-based foods are beneficial for everyone, and if you have an autoimmune disease or an adverse reaction to foods, instead of turning your back on a plant-based approach, the better course is to steer clear of compounds such as lectins, which may be aggravating. His point: If you know which whole foods to eat and which to avoid, you can enjoy a plant-based diet and feel amazing. It’s actually the key to longevity, weight loss, and consistent health.

To live longer, feel better, lose weight, and enjoy clear, glowing skin, and the energy and lithe movements of an athlete, all you have to do is eat more foods that agree with you and stay away with the ones that cause inflammation, says Dr. Gundry. Like everyone else you talk to these days, he is bullish on mushrooms, and not a fan of foods that contain lectins, which is a full array of menu items, from pasta and grains to tomatoes, eggplant, and other nightshades, and legumes, which may be leaving you with what’s known as leaky gut, but is essentially an allergic-style reaction to lectins, that once you solve, could allow you to add back some of these foods with little or no reaction, so you feel amazing.

Dr. Gundry has been plant-based for over 20 years and has power research to back up his claims and has conducted his own original research into lectins, leaky gut, and the stories of patients who lose weight and lower their markers for major diseases, while they live lectin-free.

In an exclusive interview, he talks to The Beet about his “tough love” stance on: “Eat plants, but not all plants,” which is clearly working for him and others who follow his strict anti-lectin approach. Here, he shares his views on what to eat for longevity and to live a long healthy life until the day you die.

Dr. Gundry’s secrets to living plant-based and getting the health you crave

Lucy Danziger: Not everyone can tolerate certain vegetables, like tomatoes. What’s your advice for people who want to eat healthy and plant-based, but for whom not all foods agree with them?

Dr. Steven Gundry: Believe it or not, plants don’t want us to eat them. They were not put on Earth for us to eat them, and they want to live. They want their seeds and babies to live. Their only defense system is compounds – like lectins – so they try to dissuade an animal or preditor that it’s not a good thing to eat them.

If you have what’s called “leaky gut,” [which is defined as an unhealthy gut lining that develops cracks or holes, allowing partially digested food, toxins, and bugs to penetrate the tissues beneath it and cause inflammation], then you have to change your diet. The way to solve leaky gut is to eliminate what’s aggravating you.

Once we heal that, the immune system can be retrained to forget that it gets bothered by these compounds. That being said, for 22 years, I’ve asked patients to remove troublesome foods from their diets – foods that they thought were really good for them. When they remove these foods, we can show them that their leaky gut goes away and their auto-immune disease gets resolved.

In Western society, we’ve set ourselves up to fail, to be sensitive to these plant toxins. For my patients with celiac disease, when we took other lectin-containing foods away from them, their celiac disease dissolves.

Lucy Danziger: So, that’s fascinating. It’s not just gluten! Do you think everyone should stay away from lectins or just those that have sensitivity?

Dr. Steven Gundry: I can tell you that all disease begins in the gut, a leaky gut. If you have any disease process, that includes diabetes, arthritis, mental health, depression, acne, anxiety, you name it, we’ll find that you have a leaky gut. if you remove these plant issues, then you’ll repair yourself and everything will return to normal. I had a meeting at Harvard a few years ago, about the effects on lectins and brain function and memory loss. One of the professors challenged me and said, ‘well I believe everything in moderation,’ and I said, “That’s great if you want a moderate amount of diabetes, a moderate amount of arthritis, or a moderate amount of artery disease, then I agree with you, but why would I want that?

Lucy Danziger: Most people are just waking up to the idea that food is medicine. Where do we start? Should we start by adding more plant-based foods or taking away animal products? What’s your best advice for someone who wants to eat healthier to boost immunity?

Jack Lalanne used to say, “If it tastes good, spit it out. ” He was right. Another mistake we make, and this dates back to our great grandparents, is that when you eat whole foods eat them whole! Only then are they healthy. When you line up wheat and turn it into a “whole wheat” bread, it’s no longer whole wheat. It’s bread.

Our ancestors ate whole foods, if you’re going to eat foods whole, then eat them whole.

The same is true of fruit: If you’re going to eat a grapefruit whole, it’s a lot better for you than a glass of grapefruit juice, which is a mainlining a glass of fructose.

We’re beginning to learn a lot more than fructose, in whatever form. It used to be only available to us in season for fruit, which was usually late summer and early fall [when we are active with the harvest]. But now we have 365 of endless summer, which is also endless sugar, because of high-fructose corn syrup and we are not designed to handle that.

Lucy Danziger: Let’s talk about mushrooms. I love mushrooms. What’s your opinion on them?

Dr. Steven Gundry: Mushrooms are a great source of polysaccharides, which are long-chain sugars that our gut microbiome biome loves to eat.

Certain mushrooms have one of the most amazing brain-stimulating mitochondrion-boosting compounds. The more mushrooms you eat, the more nutrients you get. People who eat two cups of mushrooms per week (that’s not even that much) have a 90 percent reduction in dementia, compared to those who don’t eat two cups of mushrooms a week, according to a recent study. If we had a drug that promised you a 90 percent reduction in Alzheimer’s, I can tell you everyone would pay for it. But if you could pick up mushrooms at the store for three bucks then why not?

Lucy Danziger: Tell me about sorghum. Why is this good to eat?

Dr. Steven Gundry: Sorghum produces a high-quality, high-protein grain. It’s an ancient grain that uses the least amount of water to produce of any crop. In the US, we used it as cattle food. It’s a cash crop. In the Middle East and Africa, it’s their grain.

Lucy Danziger: How did you learn the connection between human health, the environment, and animals? Most doctors don’t think that way or learn about nutrition in medical school.

Dr. Steven Gundry: As an undergrad at Yale, I had a special major in human pollution biology and I wrote a thesis about health. Then my life was changed over 20 years ago by a gentleman who had reversed massive artery disease – and he told me what he eats  – and it was exactly what I wrote about in my thesis. So, I put myself on the diet I wrote about in my thesis, and then I put thousands of patients on this program. We’re not supposed to have certain diseases, like heart disease. People who eat like us don’t get these diseases.

Lucy Danziger: Aging and the way we age is really up to us. I believe that this kind of medicine and the way you practice is life-changing. But how do you tell patients who come to you and say, “help me now?” that they need to change their diet?

Dr. Steven Gundry: We can pretty much give anyone a crystal ball to look at what’s going to happen. You can luckily control your faith, that’s really exciting and drastic.

None of us want to get old because we see what happens when we get to that age. But, it’s an opportunity to intervene and control what’s going to be your fate. Ninety-two percent of the things that are going to happen to you are controlled by you, and 8 percent is determined by your genes.

We can overcome the way those genes get expressed. We know now that how we influence our microbiome and give it what the bacteria in our gut wants to eat, they want to have a home, and if you give the microbiome what they need, they will, in turn, take care of you, which is their home.

The really exciting thing in animal and human research is that the bacteria in our gut have the most effect on our lifespan than anything else. We should actually be eating for our microbiome rather than our tongue. That is temporary, and the gut has long-term ramifications.

Don’t sit around and wait for your genes to create conditions that don’t have to come at all.

Lucy Danziger: Do I need to take Vitamin D or can I get it from my food?

Dr. Steven Gundry: It’s nearly impossible to get an adequate amount of vitamin D from food and from the sun. When I first meet my patients, most of them are deficient in vitamin D, despite living in Southern California. The higher your vitamin D level is, the longer you live, period.

There are studies that show people with higher vitamin D levels, the safer they are from COVID. We rarely see vitamin D toxicity, It could exist but we don’t see it. When we are confronted by a lethal virus, and we have a natural substance we can take, why wouldn’t we?

Dr. Steven Gundry: The more we can not eat, within reason, the better our health will be long-term. The amazing effects of intermittent fasting or time-restrictive eating are that it prevents diabetes, boosts your immune system, and protects you against certain diseases.

Eat Your Water With These Hydration-Packed Fruits and Vegetables