What to Eat to Prevent, Treat and Reduce Symptoms of UTIs 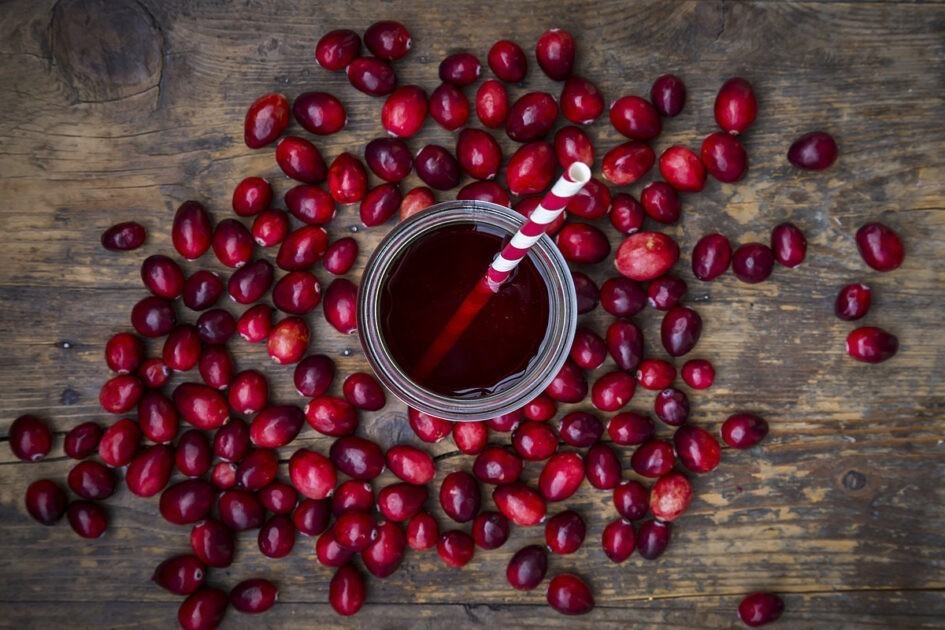 Everyone in America who thought urinary tract infections are a women’s problem just learned a valuable lesson from former President Bill Clinton. Hospitalized with a serious UTI that had spread to his bloodstream, Clinton ended up in the University of California Irvine Medical Center,  requiring a course of powerful antibiotics to be administered intravenously for days. It turns out that UTIs can be more than just annoying or painful, which is why you need to treat them quickly and seriously.

Because UTIs, like any runaway bacterial infection, can also lead to sepsis, a dangerous condition where the bacteria enters the bloodstream and travels to other parts of the body, it’s important to recognize the symptoms and seek medical attention. In Clinton’s case, any sepsis is especially dangerous for a 75-year-old with a history of heart problems since the worry is the infection will spread to the heart or lining of the heart, further weakening the organ.

When an infection starts in the urinary tract, it often goes undetected until it bursts into the bloodstream or surrounding tissue, and since bacteria can double every eight hours, it’s sound to seek medical treatment early and also eat certain foods known to help prevent, treat and reduce the symptoms of UTIs.

UTIs are most common among women

Most often a health issue for women, UTIs can affect the wellbeing of patients, causing painful trips to the bathroom, swelling and bloating of the lower abdomen and unyielding itchy sensation, or even blood in the urine. If you’re a regular UTI sufferer who is frustrated with your current treatment options, making a few small changes to your diet may help to provide relief while avoiding the potential side effects of medications.

Urinary tract infections (UTIs) are the most common outpatient infections in the US affecting 50 to 60 percent of women at some point in their life. While common among young women aged 14 to 26, UTIs are most prevalent among older people and the risk increases with age.

Fear and frustration among women with recurrent UTIs

According to a new study published in The Journal of Urology which looked at focus groups of women with recurrent UTIs, women are frustrated with the medical profession for not addressing their concerns — and are unhappy with the limited management options for the painful condition. They are also trepidatious of the adverse effects of antibiotic treatment. The study concluded that doctors need to provide more options for the prevention of, and management of, UTIs to better empower their patients who get them.

While antibiotics treat UTIs effectively, some women find that they cause side effects and can actually lead to other infections such as yeast infections. Antibiotics work by killing the bacteria that’s causing the UTI, but they also wipe out other beneficial bacteria in the body. Research suggests antibiotics are major disruptors of the gut microbiome – leaving it with less beneficial or diverse bacteria. The immune system is largely governed by the microbiome, so if gut bacteria gets disrupted you may be at more risk of other types of infections. Common side effects of antibiotics are nausea, diarrhea, and yeast infection.

Antibiotics don’t always work since some bacteria that cause UTIs are resistant to them. As doctors prescribe more antibiotics and farmers administer more antibiotics to farm animals, humans are facing a growing crisis of antibiotic resistance. Eventually, antibiotics become less effective against UTIs. By one estimate, between 1 in 3 and 1 in 5 UTIs don’t respond to antibiotics.

However, it’s important to note that in the case of a serious UTI such as Clinton’s, antibiotics are vital to restoring health and getting them quickly is vital, so call your doctor if you have a UTI. Always discuss your choices of treatments with their doctor and should not stop taking any prescribed medication without their doctor’s advice as this could lead to complications.

One of the ways to prevent or manage a UTI if they end up getting one is through diet. There are numerous studies that show certain plant-based foods can actually lessen the risk of getting a urinary tract infection in the first place or avoid it reoccurring. Here’s what to avoid and what plant-based foods to add into your diet to do just that.

Researchers have looked at natural remedies for UTIs, including plant foods, to provide relief. Here are the top foods studied that may help your condition.

Cranberry juice has been proven to work against urinary tract infections and a 2020 review suggested that while cranberry juice is an effective treatment for UTIs, it depends on which cranberry product someone uses. Cranberry works because it contains polyphenols that prevent bacteria such as E. coli from adhering to the cells in the urinary tract and causing infection and eventually symptoms. But cranberry juice has another way of working: It can also interact with gut bacteria and can even prevent infectious bacteria from colonizing.

Cranberries, which are considered a super food, have not only been linked to a lower risk of urinary tract infection but also the prevention of certain types of cancer, improved immune function, and lower blood pressure.

If you are prone to UTIs, start drinking cranberry juice or using cranberries in cooking. You can also purchase cranberry extract as tablets designed to treat UTIs.

Many natural spices contain antioxidants that work as antimicrobial compounds that appear to be beneficial for UTIs. In a lab study of 26 Indian spices both cinnamon and turmeric were the most effective at killing bacteria.

Adding cinnamon to your diet can be an effective natural remedy for UTIs the review confirmed. While you can’t always translate lab studies that use higher-strength extracts to the effects you might get using smaller doses of cinnamon in cooking, it’s worth using these spices to see if they have a beneficial effect.

Combine cinnamon and turmeric with grated root ginger (which has added anti-inflammatory benefits) and stir into warmed plant-based milk or make a tea out of it. You can also use these spices when cooking Indian-inspired dishes such as curries and dahls.

If you take antibiotics for a UTI, probiotics can help to repopulate your gut with good bacteria and increase the diversity of bacteria that your meds may have killed off in treating the UTI. Adding a probiotic supplement to your daily routine after the course of antibiotics is over can help reestablish the gut balance. The good news is you can also get a lot of these beneficial probiotics just by eating fermented foods such as kombucha or miso. Mixi it up to get different strains of bacteria found in fermented foods and drinks.

Mix it up when choosing fermented foods:

Eat a variety of fruits and vegetables

A 2020 review indicated that a vegetarian diet is protective against UTIs because plant foods contain beneficial phytochemicals and fiber that feeds good gut bacteria. In addition to cranberries, other berries to add to your daily diet are blueberries, blackberries, strawberries and elderberries, since these all have similar benefits against E. coli.

Common fruits such as apples, oranges and peaches contain D-mannose, which in its supplement form is possibly as effective as antibiotics for treating recurrent UTIs according to a 2020 review. Vitamin C can acidify urine and may reduce the risk of UTIs, so including plenty of vitamin C rich foods such as peppers, kiwifruit, broccoli, and citrus fruits may be helpful.

A laboratory study found that extract of hibiscus was effective against bacteria that cause recurrent UTIs. Traditional cultures around the world use hibiscus tea for its antioxidant properties against UTIs and for bladder and kidney health. People can purchase hibiscus tea as dried flowers or teabags.

Foods and drinks to avoid to prevent UTIs

If you are prone to getting UTIs there are some foods to avoid, according to Johns Hopkins, which advises people to avoid alcohol and coffee, spicy foods, and to drink plenty of water. Replace your morning coffee with green tea, experts advise, since it is packed with antioxidants, or grab a cranberry juice or mix blueberries, strawberries, elderberries or pomegranate juice into a smoothie to gain antioxidants.

The Bottom Line: To help to avoid or manage UTIs drink cranberry juice

And add plenty of fruits, vegetables, and especially colorful berries that contain powerful antioxidants that can protect against UTIs. This approach may help you avoid some of the unwanted side effects of antibiotics. Always discuss treatment of UTIs with your doctor.

Add These Foods to Your Diet to Alleviate Migraine Symptoms

Treat Your Vegan Tastebuds To Something Special